‘The Boy From Medellin’: An Artist Returns Home To Inspire The People That Continue to Inspire Him 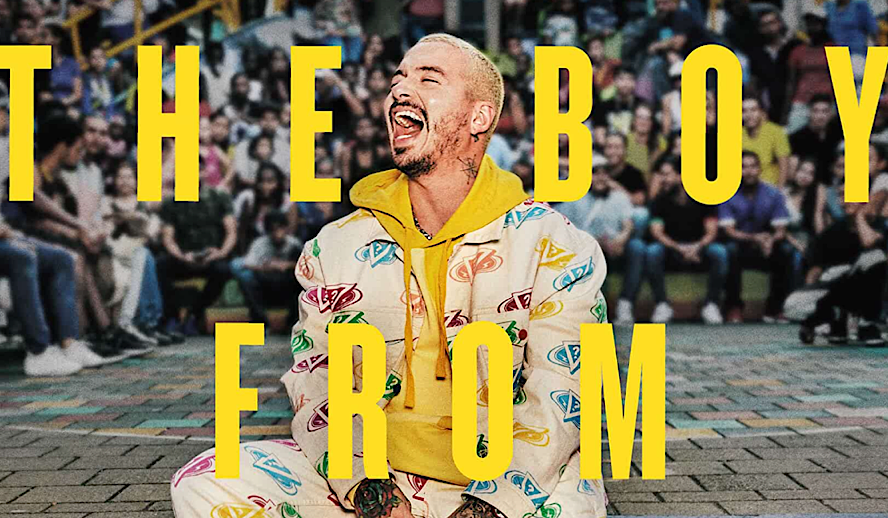 Photo: ‘The Boy From Medellin’/Amazon Prime

Directed by Matthew Heineman, ‘The Boy From Medellin’ gives an intimate, honest look at international superstar singer J Balvin, who many have crowned the Prince Of Reggaeton, as he makes an emotional journey back to his home country of Colombia, specifically his city Medellin. The documentary takes place in the week leading up to his once-in-a-lifetime performance at a sold-out stadium in Medellin, showing fans glimpses of his journey from humble beginnings to pop culture phenomenon, and how that journey summoned him back to Colombia to bring his destiny full circle. Heineman, however, is less focused on the glitz and glamour of fame, and in doing so focuses his camera and eye on the man instead of the artist.

‘The Boy From Medellin’

Here, J Balvin is relegated to a supporting role in his own film, making way for Jose, which is Balvin’s real persona and the true star of the movie. Heineman brings a superstar, whose presence at times feels out of this world, back down to Earth by spotlighting his humanity. Home videos of a young and hungry Balvin hanging out with friends, rehearsing his performance in front of cameras while unknowingly looking into his future, are peppered throughout the documentary, humanizing the myth of Balvin even further. Heineman shows Balvin in a relatable manner, which helps form a connection with the heir to Reggaeton that doesn’t come off as pandering or exploitative. This connection is important as it keeps the documentary from being a fans-only exclusive, and welcomes newcomers into J Bavin’s explosive, colorful family with open arms.

What sells Balvin’s humanity, and by virtue the heart of the movie, is the close resemblance between the present Balvin and his past self. His success has matured him, but his core personality hasn’t gotten lost in Balvin’s newly accumulated fame and fortune. This is exemplified when Balvin is around friends and family, and his demeanor around them hasn’t changed a bit since his younger days, displaying that the bond he has with his loved ones hasn’t been sacrificed for the success he’s achieved.

Unfortunately, as anyone who’s reached true superstardom can attest to, fame can have its price, and for Balvin, that price is at the cost of his mental health. Heineman highlights Balvin’s humanity by exploring his depression and anxiety in the week leading up to his historical performance. In the film, he aptly describes depression as, “hell,” an emotional anchor that’s been tied to him since even before his success. The singer doesn’t offer a solution to his depression, or his anxiety, but rather further destigmatized these emotions by displaying that wealth isn’t a miracle cure. Depression can affect anyone of any race, nationality or status.

As with most documentaries, Balvin’s narration of his journey further immerses us into the singer’s head; the voice over work is so well done, and timed with such precision, it’s as if you’re hearing his thoughts in real time. The camera never strays too far away from him, it always lingers, making sure the viewer never feels left out or like a stranger in his life.

Throughout the documentary, Heineman reveals slight glimpses of a division within the same country that Balvin is supposed to serenade. The violent protests against the Colombian government seem to follow the star around like a ghost, vying for his immediate attention. Whether he hears about it on the radio, or he’s exercising at a gym and happens to see glimpses of these protests on the news, Colombia’s crisis slowly permeates his life more and more until he faces his own crisis. Should he use his platform to address the conflict between the Colombian government and its citizens? Is it even his place? Or should he only use his voice to entertain? Everyone around Balvin provides input on what the artist’s next move should be, and if it’s not his immediate social circle that’s weighing in on what he should do, it’s the world.

As Balvin struggles with the weight of his words, which seems as heavy as the weight of the planet, his fans use their own platforms through various social media to let him know their own feelings on the matter, exposing a rift within his own fanbase that sometimes seems as divided as his own home. In the beginning of the documentary, he describes himself as sort of being caught in between two worlds. “My rich friends saw me as poor, and my poor friends saw me as rich,” he tells the viewer. As he grows older, even after he’s accomplished everything he’s set out to do, he finds himself once again torn into two halves. J Balvin wants to entertain, but Jose Balvin wants to help and enlighten. This inner conflict is what drives the documentary.

Colombia is what separates ‘The Boy From Medellin’ from other recent celebrity documentaries, like Justin Bieber’s ‘Seasons’ or the Jonas Brothers‘ ‘Chasing Happiness’, which are also both intriguing introspective looks into these singers’ lives. In Heineman’s film, Colombia is a character in itself that Balvin interacts with. In certain shots Colombia poses in front of Heineman’s camera to flaunt its beauty, while also viscerally showing the chaos that threatens to pull Colombia apart, almost playing out as a political thriller. In a way, Heineman also captures the power of Balvin’s platform by showing the modern artist’s potential to unify his country.

Like with most celebrity figures, fans crowd around Balvin whenever he shows his face in public, children and adults alike are all enamored by the superstar, and Balvin returns the flattering gestures with nothing but appreciation for the people who put him in the spotlight. The almost unconditional love between Balvin and Colombia is heartwarming to witness, and continues to add layers to the film that enhances its storytelling. ‘The Boy From Medellin’ is a powerful documentary, it’s accessible and provocative, with an underlying message that’s effective without coming off as preachy. It earns its praise and shows why J Balvin is one of the most unique artists of the 21st century, not necessarily because of his skills, but because his true talent lies in his humility.

You can watch ‘The Boy From Medellin’ on Amazon Prime Video. Matthew Heineman’s next project will be ‘The First Wave,’ a documentary focusing on nurses, doctors, and administrators handling the Covid crisis.