A Tribute to Terrence Malick: An Evolution of Thought on Film 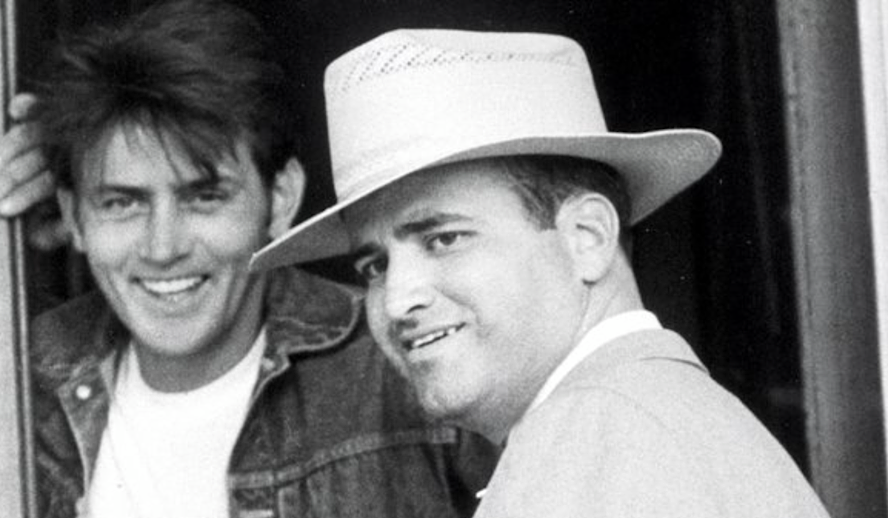 The onscreen existentialism of a lifelong filmmaker – Terrence Malick

Terrence Malick’s films feel like poems that have come to life onscreen. His career began in 1973 with the release of Badlands, and his most recent film, A Hidden Life, was released in 2019. Malick is a lifelong filmmaker who uses film as a medium to ponder his own questions concerning love, death, religion, morality, and existentialism. He accomplishes this through his lingering cinematography, length of his films, and frequent utilization of voiceovers. The gift of his four decades in the film industry is a unique opportunity to watch the evolution of Malick’s own wisdom through the lens of his directorial work. In this article, we’ll be comparing three of Malick’s films, Badlands, The Thin Red Line, and The Tree of Life, which each pinpoint the director’s progression in thought through their similar, yet varied narrative themes.

Related article: A Tribute to Taika Waititi: The Rise and Journey of this Multi-Talented Director

Badlands: The Beginning of an Expedition into Thought

The narrative themes that Malick explores in his work are often formed from “big” questions concerning morality, life, and the existence of being. In his earliest film, Badlands, Malick begins to explore these questions, but with more of a focus on narrative than his later films feature. Badlands revolves around 15-year-old Holly and her trigger-happy boyfriend, Kit. Though existential questions are contemplated by Holly in her voiceovers, such as dissociation from the world around her or feeling trapped by her relationship with Kit, the concentration of the film rests in the killing spree that Holly and Kit go on. In Badlands, Malick begins to examine the themes that are present in his later work, but he has not yet developed stylistically as a director, and, therefore, the existential questions take second priority to the film’s plot.

A Masterpiece After a Twenty-Year Hiatus

Moving forward to 1998 with the release of one of Malick’s greatest contributions to the film industry, The Thin Red Line. Based on the novel of the same name by James Jones, this film relays a fictionalized re-telling of the Battle of Mount Austen during the second World War. Though this film also has a narrative drive, it is much more contemplative when it comes to existentialism and death than Badlands. Part of this is due to its length; at almost three hours long, this film has more time to linger on the questions it asks as well as move the plot along at an entertaining pace. Though the cinematography of Badlands does feature the natural world, The Thin Red Line directly addresses it through the main characters’ extensive voiceovers.

In one of the very first voiceovers of the film, Whit reflects on the chaos of the natural world: “What’s this war in the heart of nature? Why does nature vie with itself?” This question, for all intents and purposes, is the thesis of the film. For the next three hours, all other questions that are asked stem from this main idea of the destruction of nature as an organic part of the life cycle. The Thin Red Line is the first of Malick’s films to be structured like this, where the plot of the film feels like an illustration of the existential thoughts being deliberated by the main characters. More themes that are addressed throughout the film include the ever-impending doom of unexpected death, the existence of a greater lifeforce above men, and moral sacrifice on behalf of others. Overall, in The Thin Red Line, an extended film length offers Malick the opportunity to linger more on abstract narrative themes and concepts, as opposed to his early work, which simply addressed abstract themes without delving into them deeper.

Delving into the Power of Film as a Display for Abstraction

The Tree of Life was released in 2011 when Terrence Malick was sixty-seven-years-old. The film translates Malick’s wisdom from age to the screen with a heavier focus on philosophical dilemmas and a lighter emphasis on narrative plot, using stylistic vignettes to tell the story of life. The thesis of this film is once again stated in the first voiceover: “The nuns taught us there are two ways through life, the way of nature and the way of grace. You have to choose which one you’ll follow.” The entire movie thus revolves around a demonstration of these two life paths, exemplified by the father and mother, respectively. Here, Malick considers whether the never-ending cycle of destruction in nature gives way to rebirth or more violence, similarly to The Thin Red Line.

Jack, our protagonist, struggles with the realization that no one is exempt from death after his brother is killed during the war, once again a rumination on the implications of a sudden death. These are just some examples of the new depth with which Malick approaches existential questions in The Tree of Life compared to his other films. As mentioned previously, Malick drops his emphasis on linear plot progression in favor of abstract thoughts, so there really isn’t much of a traditional storyline in this film as opposed to his previous work. He trades story for contemplation, allowing us to see his thoughts rendered on screen through the actions of his characters.

A Rhythmic Approach to Cinematography

The cinematography of The Tree of Life also emphasizes this evolution towards more abstract filmmaking, using lingering shots of objects to represent ideas the characters contemplate. For example, the first image shown onscreen is a close-up of a flickering light. At the end of the overlaid voiceover, the light burns out, representing the theme of finality that Malick explores throughout the film. Metaphorical cinematography is something that the director first explores in The Thin Red Line, where he uses images of animals to represent the destruction of nature. For example, in an earlier scene of the battle for the hill, Malick lingers on a shot of a bird that has been brutalized in explosions from the fight.

This singular shot once again encapsulates a theme that Malick meditates on throughout the film: the destruction of the natural world at the hands of humanity. In contrast, shots showcasing nature’s beauty provide frequent breaks throughout the film, allowing the audience to ponder the consequences of human behavior alongside Malick. Even his earliest film, Badlands, shows an obsession with nature’s beauty through its visually stunning shots of the American midwest. To sum up, Malick’s films are nothing if not visually striking in their depiction of metaphorical concepts and ideas concerning the natural world, as well as life, death, and love.

Malick is a revolutionary in all things film. He is, and has been for the past four decades, a master at transforming thought into visuals and voiceovers. He does not shy away from exploring life’s big questions, however, he refuses to provide singular answers to these. Rather, his films serve as an exploration of the natural world, evolving with the wisdom that Malick gains as he ages. Over time, his films have progressed to value abstract ideas over linear narrative, showing the expansion of Malick’s mind in matters of love, life, and death.