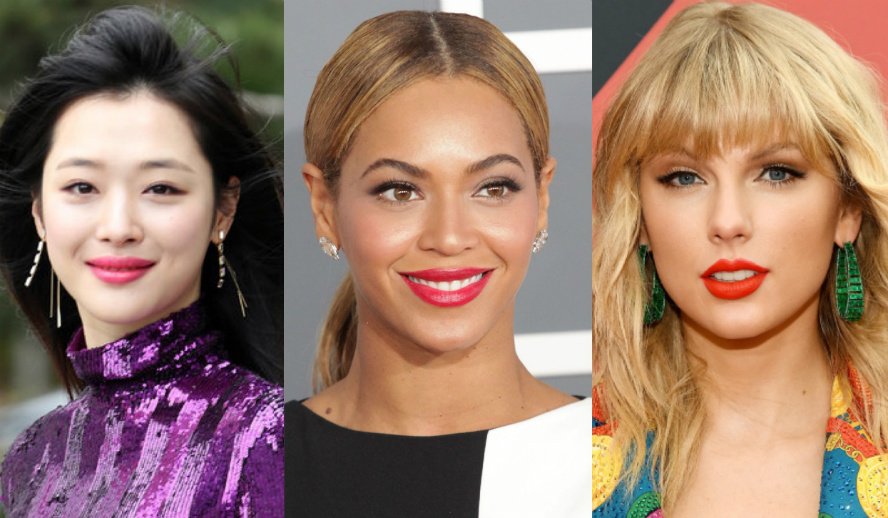 The suspected suicide of South Korean K-pop star Sulli* (born Choi-Jin-ri) last month has led to calls for more online regulation and a greater emphasis on protecting the privacy of performers in the East Asian country. The singer and actor, who had suffered years of online abuse from male fans operating anonymous accounts will be the subject of a proposed bill, tentatively titled ‘’Sulli’s law.’’ Politicians are hoping to present their ideas to the Korean national assembly as early as next month, with the public demand for change showing no sign of abating.

*Hollywood Insider would like to pay our respects and give our condelences to Sulli’s family. Rest in peace Sulli.

The proposed law will look to counter hate-speech by calling for an end to anonymous accounts, requiring all users of domestic social media platforms to register their full names. But could such sweeping legislation actually work, or would it simply exasperate the problem?

‘Sulli’ was targeted because she refused to conform to patriarchal notions on how a female performer should ‘present’ in Korean society. There is a belief amongst some male K-pop fans that female artists should adopt personas that imply both ‘sexual inexperience’ and ‘availability.’ Sulli subverted these sexist tropes and sadly, she suffered as a result.

Ownership is a keyword, here. Fans, or followers, are increasingly encouraged by marketeers to support and identify with a particular celebrity as a brand they have a personal connection to on social media. A brand that meets certain expectations. But when you apply this kind of logic to an individual, who unlike a pair of sneakers has thoughts, feelings, and motivations of their own, things can quickly spiral out of control and become increasingly cult-ish.

As journalist Aaron Cooper points out, “Have you ever noticed how the most dedicated fans of an artist have a name? Taylor Swift’s ‘Swifties’… Beyonce’s ‘BeyHive.’ Recognizing yourself as part of a labelled fandom means you have mentally subscribed.”

Cooper goes on to add that “you (the fan) are now part of an exclusive community of like-minded individuals and anyone not in that community isn’t a ‘real’ fan.”

It’s this ‘us vs them’ collectivism that often breeds such toxic environments, where the fan can easily become a fanatic, struggling to understand that celebrities are not commodities, and are under no obligation to look, behave, and adhere to whatever expectations you have of them.

The desire to seek out the most practical, the most painless solution is understandable, especially when it’s in response to something as painful as the loss of a life. And on paper, increased censorship across major platforms seems feasible, but that doesn’t necessarily make it the right way to go. If we ban people who hold controversial views from using mainstream platforms, we run the risk of creating online martyrs, in a manner of speaking. Underdogs who can generate support for their views, regardless of how twisted or hateful they maybe by playing the victim card; the lone warrior standing up for free speech against corporate giants like Facebook and Twitter. For some, the idea of sticking it to the man is simply too big a temptation to resist.

It’s also likely that a ban would simply end up driving these people underground and on to smaller platforms which they could populate in ever-increasing numbers, free from prying eyes, and able to spread hateful views without much fear of repercussion. Would it not make more sense to keep these people in public view, where their activities can be monitored and their views called-out?

But If Passing New Laws Won’t Prevent Hate-Speech, What Will?

It’s a depressing thought, but it’s quite likely that eradicating hate-speech altogether may prove impossible; certainly in the short term. The internet is simply too vast and too nebulous, meaning people will always find an outlet to voice their opinions.

The best strategies for combating online abuse generally involve education, which is rarely a short term fix. We’ve all heard the phrase ‘don’t feed the troll,’ but by teaching people to use disabling techniques rather than simply ignoring instances of online abuse in the hope the perpetrators will give up, we can actually be more proactive in diffusing volatile situations.

Counter Speech Can Be A Valuable Weapon

People can be encouraged to respond to trolls by using logical arguments to pinpoint flaws, and by promoting shared values with the use of hashtags, enabling others to join a particular thread and denounce hateful comments. This technique, often referred to as counter speech, has proved to be an effective tool because it not only encourages people to support each other, but it can also speak directly to the perpetrators of online abuse, encouraging them to rethink their views.

Education can be used as a long term strategy to change minds and leave the public better informed. In an article for Reuters, writer Sherif Elsayed-Alie perhaps puts it best:

‘’Whether it is through school programs, or campaigns on social media itself, the only viable long-term way to reduce racism, sexism and bigotry online is by understanding and addressing the roots of discrimination and hate in our societies.’’

Reactionary changes in the law, regardless of how well-intentioned they may be, won’t solve the problem.