‘Playing with Sharks: The Valerie Taylor Story” Demystifying the Fear of Sharks and Fighting for their Protection 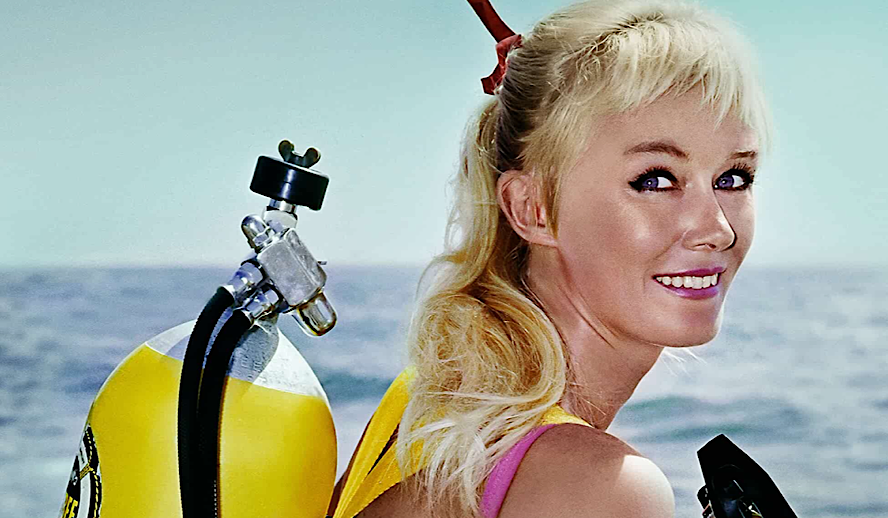 Coming just off the tail of this year’s Shark Week (hosted by Discovery Channel), Disney+ has released a documentary following these great beasts. Titled ‘Playing with Sharks,’ the film follows conservationist, diver, and photographer Valerie Taylor as she surmises her life and career. A fearless trailblazer in the male-dominated field, Taylor leads us through a renewed understanding of sharks in an hour and a half – one where they are regarded as friends, not foes.

Like many shark-focused documentaries, ‘Playing with Sharks’ seeks to repair the harsh stigmas against sharks, perpetuated by films and media. For decades, sharks were seen as unwanted predators of the sea, villains to simply be killed and discarded. In the 50s and 60s, there was even a saying – “a good shark is a dead shark”. Furthermore, the mindset was maintained by films like ‘Jaws’, which portrayed sharks as mindless, blood-thirsty killers posing a danger to the human race. While these ideas seemed to just be a part of pop culture, these perspectives of course made it into the real world, where sharks were hunted and killed without repercussion.

But the reality of sharks could not be more different. As Taylor shares, she sees them as dogs; they’re just another type of animal, with many different breeds, and their own temperaments and personalities. If you treat them right and don’t instigate them, they won’t attack. In fact, she says, more people are bitten by dogs than by sharks. And in her experience, sharks are even easier to train!

Of course, this can be a hard truth to swallow, especially when the media has always told you differently. And as much of an advocate as she is now, Taylor wasn’t always pro-shark either. She actually began as a diver and spearfishing champion, who had no problem hunting the fish in the sea. At the time, the attitude at the time was that there was so much life in the ocean, that you could take what you wanted and never make a difference. But one day, after she and her husband participated in the killing of a shark, they realized they never wanted to do that again. Right then, they vowed to solely photograph and study sharks – but never kill them.

‘Playing with Sharks’ – The Production of ‘Jaws’

That being said, Valerie and her husband actually did help with the filming and research of Steven Spielberg’s ‘Jaws’. At the time, no one knew what the repercussions could be against the species, and they had simply thought it would make a great film. Their work encompassed photographing all the footage of Great White Sharks for the film – working with divers to capture the footage. Taylor also details her experience working with director Spielberg, who wanted to make everything bigger, and better – such as wanting a 25 feet long shark for the film, even though they only run around 13 feet long in real life. Overall, the experience was collaborative, successful, and fulfilling. In fact, some of Valerie’s footage even inspired rewrites of the script, in order to work exciting footage into the film. All in all, ‘Playing with Sharks’ is a great watch for ‘Jaws’ fans wanting to learn some fun facts about its production.

Of course, after the film, Valerie realized the damage that ‘Jaws’ had done. Sharks began being hunted at an all-time high – their perceived threat exponentially increasing even though they were not inherently harmful. Grey Nurse Sharks, which are completely complacent, were eradicated from the Floridian coast. This resulted in deep-set regret and instant damage control – with Taylor and her husband embarking on tours across the country to try and rewrite the narrative. Even Peter Benchley, the author of ‘Jaws’, said he would have never written the book if he knew this would be the aftermath. Unfortunately, it was a hard sell to try and change the public opinion of sharks – with some believing that they were “making up” the fact that sharks were endangered.

“They didn’t listen to me. Frankly, they didn’t care.” Sharks continued being hunted for sport or for food – such as in China, where Shark fin soup is popular. And it all, mostly, leads back to ‘Jaws.’ ‘Playing with Sharks’ no doubt continues Taylor’s journey in fixing the consequences of the film – though she accepts they were unintended.

A Leader in a Male-Dominated Field

As a woman, Taylor not only rebelled against general societal female expectations, such as getting married and having children, she had to earn her way into the male-dominated ocean industry. As a confident woman, she wasn’t always accepted by her peers, especially at the beginning of her career. Because of this, she had to be stronger and sharper. And she certainly was.

“Once I get my teeth stuck in an idea, I don’t let it go.” After the Grey Nurse sharks were eradicated off the coast after ‘Jaws’, Valerie fought for them to be protected. She ended up getting a bill passed – with the species being the first protected sharks in the world. She continued her photography work, especially of the killings of sharks for shark fin soup, to document the evidence for future conservationists. She worked to establish the first protected area for sharks in the ocean. Paving the path for conservationists, Taylor almost single-handedly created a community of shark lovers, who helped in combating these awful stereotypes.

But she doesn’t sacrifice her femininity either – wearing bright pink wetsuits and never trying to bend to masculinity in order to succeed. In addition, a large aspect of ‘Playing with Sharks’ follows Taylor’s relationship with her husband, Ron, who was her partner in both her personal and professional adventures. The film doesn’t diminish the importance of this love, but instead emboldens it. When Ron passes away, Taylor reminisces on their memories as his wife and speaks about the grief and loneliness that comes with it. It’s vulnerable and honest.

Overall, ‘Playing with Sharks’ is a great film to check out if you want to watch something both educational and personal. It’s also an incredible way to become acquainted with Valerie Taylor – a true inspiration whose name needs to be known more around the world! Learn about some sharks, the history of their stigmatization, and join the work in rewriting their damaged narrative.

‘Playing with Sharks’ is now streaming on Disney+.