‘McCartney 3, 2, 1’: Possibly One of the Most Revealing Pieces About Paul McCartney Ever | The Beatles 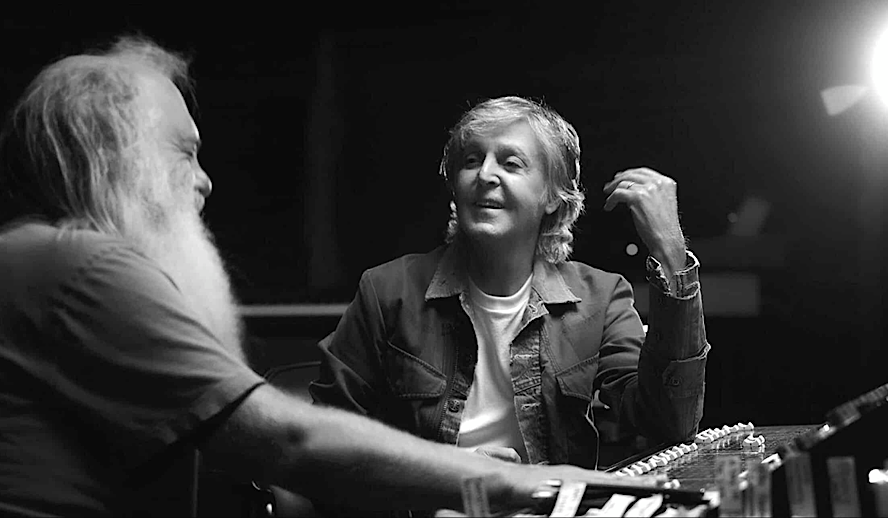 Calling all Beatles, Wings, and of course, Paul McCartney fans! Hulu is releasing a six-episode series called ‘McCartney 3, 2, 1’ on July 16, 2021, for all fans and those curious to enjoy a one-on-one interview between Paul McCartney and Rick Rubin over the six episodes.

Though there has been a trailer released by Hulu that offers a small glimpse of all of the amazingness that this series will be, there is still so much to uncover. The interview series will offer more information from Paul McCartney about, of course, his whole life, but more specifically, the life events that helped him curate all of the fantastic songs we enjoy today.

Not only will we be able to listen to the incredible Paul McCartney for six episodes, but even better, he will be interviewed and accompanied by Rick Rubin, one of the best music producers of all time. Basically, I’m telling you this series will be jaw-dropping and extremely interesting for all of the people that want to know even more about Paul McCartney and all of the famous songs that accompany him.

Based on the trailer Hulu released, it seems like the series will be pretty straightforward but in an entertaining way. No, we won’t be watching two people sit in two chairs and stare at each other for six episodes, but instead, it appears we will see the pair interacting with music, possibly creating music, revealing never before heard songs, and most importantly (to me at least) learning about all of the juicy details behind the songs he is known for.

Most of all, we will be witnessing an intimate series with one of the most famous musicians in music history. Not only will this series be encompassing Paul McCartney’s life, but it will, in a way, be capturing a time capsule as Paul has lived through many historic moments in his life and will have the opportunity to make all of these moments come to the present for the world to hear and learn from.

I have a feeling this six-part series will genuinely change the style and format of documentaries and interviews as it will feature two highly awarded musicians sitting down and picking their brains about the thing they love so much music.

If you’re not sure who Paul McCartney is (I’m shocked), or maybe you just recognize the name and aren’t sure why then here are some quick facts. Paul McCartney was born on June 18, 1942, in Liverpool, United Kingdom, to his mother and father, James and Mary McCartney.

He began his musical journey after meeting John Lennon and joining his band The Quarrymen shortly after he would become one of the founding members of The Beatles. The group found much success as The Beatles, and it wasn’t until their manager, Brian Epstein died, that they slowly starting taking the solo route and McCartney ultimately formed another group called Wings.

Wings also saw much success, but Paul McCartney slowly eased into the solo route again and has, for the most part, remained that way ever since besides all of the work he has a hand in, that also does exceptionally well, by the way. Overall, Paul McCartney has lived a successful and full life, and there is only more to come following this series.

Famed producer Rick Rubin is known for his part in the creation of many of the popular songs that we all listen to every day. He was born on March 10, 1963, in Long Island, New York, to Michael and Linda Rubin.

His career quickly jumpstarted as he cofounded the famed Def Jam Records, along with Russel Simmons. He also founded American Recordings and once served as the co-president of Columbia Records. He has worked with many famous groups and musicians such as AC/DC, Eminem, and Lady Gaga, to name a few.

In recent years, he continues to produce award-winning music that we all probably hear on the radio every day. The versatility in the music he produces is truly inspiring and shows how he has honed his skills as a music producer.

Why This is so Amazing

This interview series is terrific for a variety of reasons. It is not often that the world is able to hear firsthand about the life experiences and reasonings behind famous songs that a legend like Paul McCartney lived and created. Of course, there have been several interviews with Paul McCartney, but this time it is different because he will be going more in-depth and with unheard facts, as promised.

Also, it’s not just anybody interviewing Paul McCartney. The award-winning Rick Rubin has proved his love for music through the years, which makes him a perfect match for Paul McCartney. In the trailer, it shows the pair playing around with music, and it is obvious they both have an appreciation for each other and the crafts they both have perfected.

I am excited to see what the series brings to the world and the bombshells, hopefully, about what inspired Paul McCartney to create the songs many cherish even today. It will also be refreshing watching two people, who have a deep passion for music, discuss and relate in their conversations of the past.

Most of all, it will be interesting to see and hear how music has transformed throughout the decades and even how Paul McCartney’s and Rick Rubin’s personal music styles have transformed as they have grown and gained more and more experience within the industry. As mentioned before, people will be able to check out this six-part series this week on Hulu.