A Tribute to the Knowles-Carter Family: Hollywood’s Most Famous Family | The Power Couple Beyoncé and Jay-Z 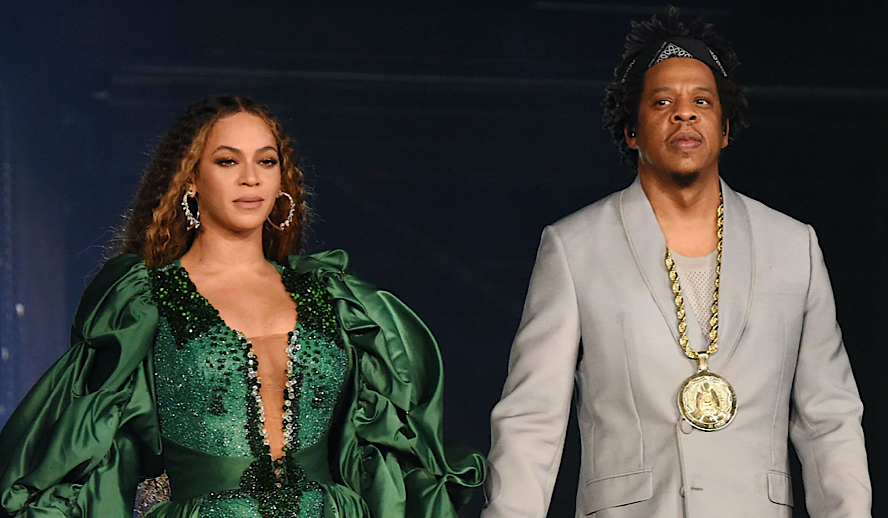 Before she was famous, Beyoncé Knowles was a girl from Houston, Texas with a love of singing. She performed in various talent shows growing up before starting a girl band with childhood best friend Kelly Rowland. The girl group, Destiny’s Child, struggled for years before being managed under Beyoncé’s father and reaching stardom in 1997. Their self-titled debut was released in 1998 and cemented them as a group to watch. It wasn’t until 1999 that they released their second album, The Writing’s On The Wall, and it became a multi-platinum hit. This album ended up winning two Grammys and drew monumental attention to the group.

In 2002, Beyoncé started a relationship with rapper Jay-Z and they married in 2008. Since then, the couple have become the most powerful couple in the music industry. Between the two of them, they have more than 50 Grammy wins and even more if you include their children. While the two currently rule the music industry, it wasn’t without hardship and sacrifice and this is that story.

Beyoncé and Jay-Z – Success Does Not Come Without Sacrifice

While Beyoncé’s life seemed perfect on paper, it wasn’t without a lot of struggle. After the success of Destiny’s Child, Beyoncé’s personal life began to go through a rough patch. There were issues with management, specifically because her father was in charge of the group, that affected Beyoncé a lot. The mainstream media blamed Beyoncé a lot for management problems and as an impressionable adult, it was hard-hitting. Because of this, Beyoncé developed depression and even began to self-isolate and go days without eating. She split with her long-term boyfriend during this time and since she was scared of more negative attention, she kept silent.

In the years afterward, Beyoncé spoke about her struggles and her hardships, which inspired and impacted many of her fans. She became more outspoken about political events and movements as she got older. Her fans, known as the Beyhive, are vocal about supporting her and a very active fandom. As the years went on, Beyoncé’s public image improved a lot. She gained a lot of influence over the industry because of her impact on R&B, her regal image, and her award wins.

Viewed as a sex symbol, Beyoncé has often been named as the sexiest woman alive by publications like GQ and People. Her fashion style has also been seen as iconic due to her curves and the term “Bootylicious” was coined for her.

Beyoncé and Jay-Z both entered the music industry at similar times, but took very different routes. Shawn Carter, known as Jay-Z, founded a record label in 1995 and released his debut album in 1996. While he gained critical attention for his lyricism, he also began to venture into other careers. He started a clothing brand a few years after his debut album and even a chain of luxury sports bars. These investments have grown into multi-million dollar corporations and allowed him to re-invest into an entertainment brand and a streaming service. He’s gotten over 23 Grammys and holds the record for the artist with the most number-one albums on the Billboard 200. Jay-Z is also officially hip hop’s first billionaire and is ranked as the 2nd wealthiest American artist to date.

He was born in New York City and had a rough childhood, referencing selling crack cocaine as well as having several encounters with guns. To cope with this, he began to turn to music and beatboxing in order to have his own hobby. Since he didn’t have a record label behind him, Jay-Z began to sell CDs out of his car. Then, he created Roc-A-Fella Records with his friends and used it as an independent label. Years later, he would leave to become CEO of Def Jam Records, one of the most prominent hip-hop records today.

Rewriting History As A Family

Beyoncé and Jay-Z’s relationship started as a collaboration with their song “03 Bonnie & Clyde” and then evolved into a romantic relationship. They’re notorious for keeping their relationship private, which they reference for the main reason their relationship is so strong. They have three children together and have been married since 2008. Both are known philanthropists and give back to their communities a lot. As well as that, they speak up about what’s on their minds and influence modern culture a lot.

One of their biggest achievements has been their influence on modern culture. Beyoncé has been credited for being the originator of specific vocal techniques as well as surprise album drops. She’s been named by Time as one of the defining women in the last century. Her music continuously consists of reinvention and reflects the contemporary culture at the time. As well as that, she’s been credited with helping the album come back as an art form. In a time full of singles and EPs, Beyoncé has made the public re-imagine what an album can be. Beyoncé laid down the blueprint of what a female solo artist could be, especially for pop stars. Her stage presence is unmatched as well as her on-stage persona, which makes her a hot commodity. Before the pop stars of today, there was Beyoncé paving the way for them.

Jay-Z has been extremely influential as well, specifically on hip hop. His entertainment agency, Roc Nation, has A-list clients including Normani, Rihanna, and Megan Thee Stallion. He’s garnered a team of industry professionals to help curate to the newest generation with roaring success. As well as that, his influence on hip hop is so large because he’s been around basically since its conception. Jay-Z has witnessed all of its various stages and is able to translate this to bigger audiences.

His story is inspiring just by itself, how self-made he was and how he came from nothing to where he is now. To be frank, he is the most successful rapper ever because of how he made money and then smartly re-invested it in his ventures. By consistently re-investing in himself, he’s been able to turn a large profit in his various sectors. He’s a multi-faceted man and has his hand in just about every industry, from clothing to sports, and holds a lot of influence because of this. Together, this couple is an unstoppable force that has paved the way for many modern artists.