Kendrick Lamar Gets Personal With ‘Mr. Morale & The Big Steppers’, And It’s Not For Everybody 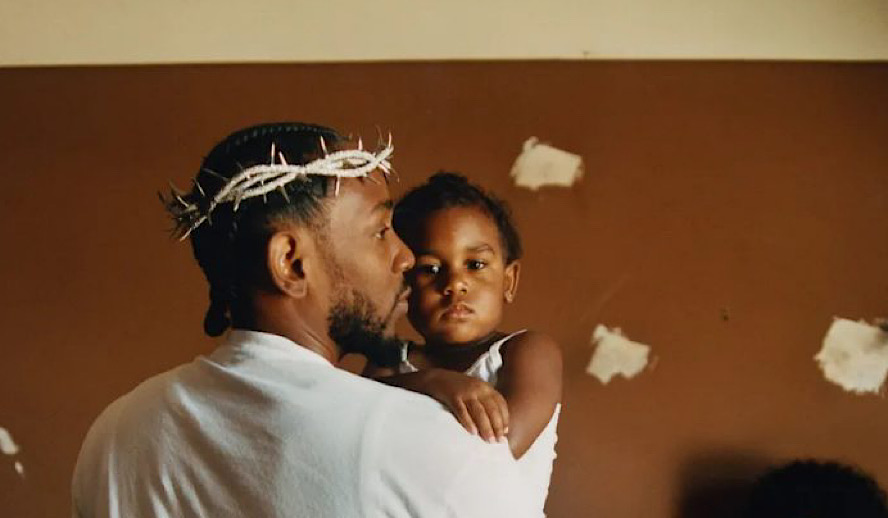 It’s Hard Not to Perform, Even in Therapy

On Mr. Morale & The Big Steppers, Kendrick Lamar takes on the performativity of all kinds. For one thing, he repeatedly denounces political correctness. Marcus J. Moore does an excellent job examining what about that works and what doesn’t in his article for NPR. Even the raving against political correctness feels part of a performance, however, whether intentionally or not.

The framework of the album is a therapy session interspersed with the sound of tap dancing when Lamar is being indirect or is in denial of his need for therapy. The most explicit example of this takes place at the end of “We Cry Together,” a stylishly unfiltered domestic squabble between two people at the height of self-denial and confusion. After the fight dies down, the voice of Lamar’s fiancé Whitney Alford interjects with “stop tap dancing around the conversation.”

The album gets personal and messy, and in a lot of ways, it feels like Lamar is trying to dethrone himself. He’s been held up as a voice of the community by one too many communities, one too many reviewers. With Mr. Morale & The Big Steppers, Lamar has produced his least listenable and most self-concerned project to date, though he still can’t seem to shake the crown.

The Biggest Hypocrite of 2022

Hypocrisy has been a focus on Kendrick Lamar’s albums since his coronation by many as the new king of hip hop. He has wrestled with being overburdened by the title, managing a savior complex without giving up on the path of righteousness. On “Crown,” he recites the mantra “I can’t please everybody” long enough to let his listeners fall into their own meditative space, and this might be the closest he comes to turning the mirror back on us.

That dichotomy works wonders when the story is Lamar’s own. “Mother I Sober,” in particular, delves deeply into his personal experiences with abuse, and when he “sets free” a number of people including “all you abusers”—the people who caused so much of his and his peers’ trauma in the first place—it’s a powerful moment for Kendrick Lamar’s personal liberation. He sets them free from his judgement and anger, and I hope it frees him to the extent that it seems to on the album. It’s followed by “Mirror,” where he recites “I choose me, I’m sorry” longer than “I can’t please everybody” on “Crown.” And honestly, good for Kendrick. He’s taking full responsibility for himself and his family.

Mr. Morale & The Big Steppers runs at a slower pace than other Lamar albums, and it doesn’t have quite the volume of creative lyricism that we’re used to. “United in Grief” kicks the album off at a good clip, and “N95” carries the momentum forward a little ways, but the submerged-sounding tracks underscoring the album create a solemn mood that alternates between being meditative and just plain boring.

The payoff of this pace comes in the form of musical climaxes like the one in “Auntie Diaries” mentioned before. There’s another like it in “Mother I Sober,” and “Mirror” could be considered one long climactic moment at the end of the album. I can’t honestly say those moments aren’t worth the wait, but the sound design of “m.A.A.d city” alone contains more than the majority of Mr. Morale & The Big Steppers.

This opinion about the production is admittedly informed by comparisons to Lamar’s previous albums. It’s still richly produced and sleek, it just feels less fleshed out than his previous efforts.

Of course, musical enjoyment is sort of a subtheme of the album. It takes a backseat to the messages, and not always for the worse. The syncopated pulse on “Worldwide Steppers,” for example, accents the uncomfortable idea that we’re all “killers” of a kind, shutting down whatever we have to in order to preserve our egos. We, too, are steppers performing a version of ourselves.

The album on the whole is like a tactical healing mission. Lamar features Kodak Black multiple times despite his pleading guilty to sexual assault, and includes R. Kelly in a series of people he sympathizes with on “Mr. Morale.” Given the running theme of forgiveness and understanding, we’re meant to sympathize too.

Am I interested in sympathizing with abusers instead of focusing on their victims just because they, too, were abused? Not really. Definitely not on an album of all places. We don’t know these people personally. We only know them by their art and their public actions. We don’t have the power to forgive them. Only the power to give them attention or not. I’ve already given them too much.

Mr. Morale as a character seems to be either God or our idealized version of Kendrick, and regardless serves the function of lifting up everyone equally and forgiving them so we can move forward. It’s a compelling thesis for the album, and in a lot of ways, it comes to fruition, despite the occasional, unimaginative shock value tactics Lamar employs. Though those tactics might be what’s needed for men who have experienced abuse like Kodak Black and R. Kelly to heal before they follow in their footsteps.

Therapists sometimes have to discern whether or not they’re a good fit for the patient seeking care, and if not, recommend the patient to another therapist. This album makes a similarly difficult decision. Lamar presents a style of therapeutic music that’s true to himself and his experiences, and that hopefully resonates with the people it needs to. It’s not meant for everyone, and it may reveal a side of Lamar that’s less ideal than what you’ve imagined. But that’s okay.