‘Endangered Species’: Where An Arrogant Family Get Caught in The Most Dangerous Game 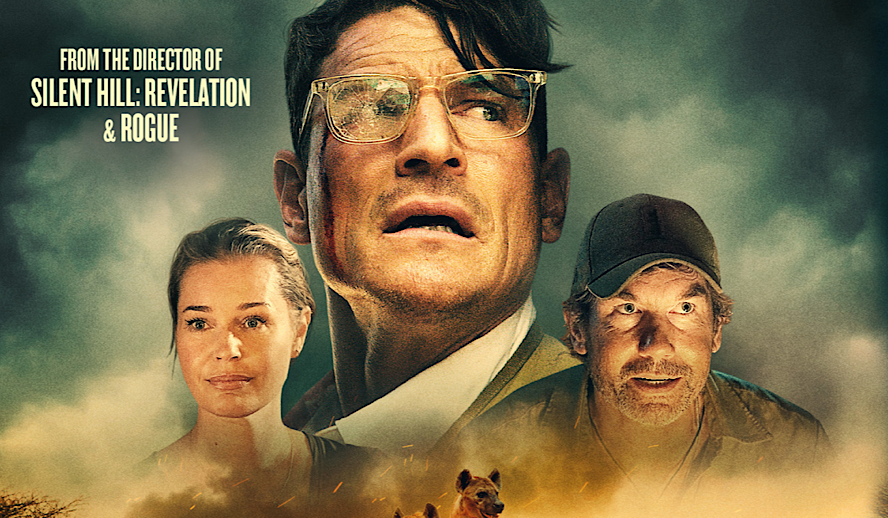 ‘Endangered Species’ is the newest film by writer-director M.J. Bassett. Advertised as an action and a thriller, ‘Endangered Species’ really focuses on inter-familial struggles and relationships. We’re given first-hand looks at how the Halsey family operates and what each of their strengths and weaknesses are. As the film progresses, it ventures off of the path of a family drama and tries too hard to be something it isn’t.

The story of the film seems to be too preachy and too obvious about its true message of conservation. Every dialogue exchange seems to relate to the core politics of the film, which takes away from the viewing experience. Senseless gore distracts from holes in the story, but ultimately, ‘Endangered Species’ has a talented cast and a broken story.

Family Problems In The Wilderness

The affluent Halsey family seems perfect on paper, but at a closer look, it’s clear there are cracks in their foundation. As soon as we meet them we witness the father (Philip Winchester) and his overbearing personality along with his wife’s (Rebecca Romijn) tendency to ignore his attitude. Winchester’s relationship with his kids, son Noah (Michael Johnston), and daughter Zoe (Isabel Bassett) are strained at best. Accompanying them is Zoe’s older boyfriend Billy (Chris Fisher) who rounds out this motley crew. The first time we see this family, they’re jam-packed into a tiny, rickety plane. For all of father Jack’s money, their transportation is barely staying in the air. He complains the entire plane ride, making his children mock him behind his back. Truly, this first scene sets the tone for the entire movie.

As soon as they land, inconsistencies begin to appear. Jack is an executive and well-paid man, but their mode of transportation is far from luxury. The resort they stay at seems well-maintained but when it comes time for the actual safari, it’s clear that Jack cut corners. Later, we’ll find out that he’s been fired from his job. Still, in this moment we watch as the crew of characters go off on their own self-guided adventure. To top it off? They don’t even bother to check in with the park rangers, meaning no one knows where they are.

Eventually, these mistakes catch up to them and a chance encounter with an angry rhinoceros leaves their party wounded and without medicine, water, or food. From there, it’s mistake after mistake that leaves many of their family either wounded or dead. Too much happens in such a small period of time, and while it should make the film interesting, it distracts. There isn’t a moment for us to take a breath and absorb everything. If there were more breaks, it would make the emotional weight of the story much stronger and much more hard-hitting.

Instead, everything is thrown at us over and over again. We’re too focused on special effects, especially if they’re believable or not, instead of an emotional connection to the characters. As well as that, the political nature of the film only adds more weight to an already stressful movie. Nothing feels realistic enough to have gravity to the issues. While supposedly set in reality, ‘Endangered Species’ falls too far into fantasy to make any of the deaths believable or hard-hitting.

‘Endangered Species’ is advertised as an action and a thriller, but falls short of the latter. While there is a lot of gore and violence, mostly from animals toward humans, it doesn’t feel believable. Blood spurts, organs are exposed, bodily harm is done, but it feels more comical than anything else. The tempo of everything is off and often during the down moments of the film, the scenes are filled with gushing confessions or arguing. There’s too much happening all the time, it never gives the story a chance to breathe. The interpersonal conflicts in the family are believable, sure, but the way they make up after everything makes the drama seem pointless. There are no real stakes to their squabbles.

Perhaps the most defining moment of the film is when Winchester monologues about how he needs to change and be a better father, etcetera, etcetera. In another film, this monologue could’ve worked well and added real drama to the story. In this film, it ultimately makes everything seem comical. All the elements in the film are too over the top to feel realistic, the gore is too much in comparison to the family drama. It makes the issues feel useless and fake, something that you never want to happen in a film.

The Most Dangerous Game On Screen

‘The Most Dangerous Game’ tells the story of a stranger who washes up on the shore of a foreign land. There, he is greeted by a General and taken care of before the General reveals that he hunts humans for sport and the stranger is forced into a battle. Based on elements of the original story by Richard Connell, ‘Endangered Species’ replicates many of the core plotlines in their story. In the film, the Halsey family is rescued by a poacher (Jerry O’Connell) before he reveals that he can’t let the family leave now that they know his plan.

From there, the hunt is on. Jack and the remaining members of his family must avoid O’Connell and his crew at all costs, or risk dying. This part of the movie was far more interesting than the first half, partially because the CGI animals disappeared. While some of the special effects in the first half of the movie were good, the poorly done CGI effects really made the movie feel like a comedy. Although the second half of the movie is done a little better, the issues still feel like they’re too in our face.

The morals of the story are obvious and it’s clear that for director Bassett this movie was done to show how awful poaching is. By now, everyone should know not to mess with random, wild animals in Africa, but of course, the Halsey family proves how much arrogance can come with affluence. At the end of the day, some members of the Halsey family live to tell the tale and know now how dangerous the wilderness is.

‘Endangered Species’ is available on VOD.