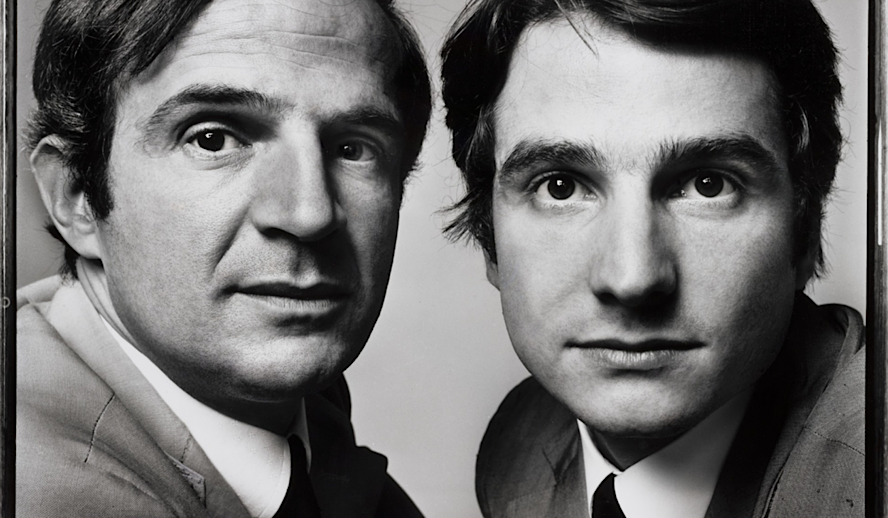 1959’s ‘The 400 Blows’ is arguably the film that brought international attention to French New Wave, leading the movement to soar and flourish in the years to come. François Truffaut’s directorial debut, he was previously a revered critic of the Cahiers Du Cinema, tells the story of a Parisian adolescent, Antoine Doinel, as he tries to find his place in the world while dealing with affectionless and absent parents, totalitarian school staff, and dabbling in a life of petty crime. The film is semi-autobiographical, Truffaut himself never knew his father, having been adopted by his mother’s husband, and had a rebellious childhood while finding comfort in books and film.

Doinel, played by Jean-Pierre Léaud, would go on to become Truffaut’s cinematic alter-ego, as the director decided to subsequently revisit his life and story four times after ‘The 400 Blows.’ Doinel is sometimes called the French everyman, for two decades audiences around the world followed him through first love, military service, workplace struggles, marriage, and divorce, as he struggles to find contentment. Over forty years since last seeing him in ‘Love on the Run,’ the legacy of Truffaut’s saga is as powerful as ever, and Cinema lovers repeatedly watch Doinel make mistake after mistake and love him anyway.

Despite being called an everyman, Antoine Doinel is undoubtedly an outsider, his rough upbringing leads him to have serious affection and commitment issues in his love and professional lives. Despite falling in love very powerfully, almost obsessively, he can’t seem to make a relationship last. After having a terrible experience in school, he vouches for independence and a do-it-yourself education, leading him to try many different jobs he, and we as audience members, know he is unfit for. His love of reading is present from the first film, but he is never able to turn that passion into a viable career. One is tempted to wonder whether if he had a traditional education maybe he could have developed as a writer. However, it’s not our job to guess but to watch these 20 year-long unsentimental portraits of a man’s life and accept him for what he is. Although specifically meant to compliment Richard Linklater’s mediations on Cinema and time, video Essayist Koganada features Doinel in a video on the topic. The saga remains of the most beautiful examples we have of the camera’s ability to represent the passage of time and with it human nature: how it is affected by time, and how it changes or doesn’t change accordingly.

Truffaut’s first feature ranks 39 on Sight and Sound’s greatest films of all time. You can hear its praises be sung pretty much anywhere you look, and yes, it really is that good. If you are looking to get into the French New Wave but don’t know where to start, ‘The 400 Blows’ is your best bet. It’s accessible but ostentatious, heartbreaking but fun. 14-year-old Doinel’s troubles are enough to last him a lifetime and the beauty of this first film is equally in the form as well, the unforgettable last five minutes in and of themselves are legendary.

Truffaut returned to Doinel for a short film to be part of the ‘Love at Twenty’ anthology project. The 32-minute film, ‘Antoine and Collette’ features Antoine as a teenager, estranged from his parents, living alone and working in a record factory. He meets Collette, and is soon smitten with her as well as her loving parents. This fascination with his love interests’ families will continue throughout the series, in ‘Love on the Run’ he even admits “I don’t just fall in love with a girl. I fall in love with her whole family” reflecting his admiration and longing for a stable domestic life.

‘Stolen Kisses’ opens with Antoine as a young adult, newly discharged as unfit from the military. He is in love with another girl, Christine, also from a nice family, a polite and pretty violin player. Like many disillusioned twenty-something-year-olds, he goes from job to job trying to figure out his place in society. By the end, he still hasn’t exactly found it, however, Christine has finally decided to give their relationship a shot and for Antoine that’s all that really matters. A lot of it plays out like a sitcom, specifically his stint as a private detective. It’s definitely the lightest of the series but no less enjoyable for that. As if to continue the analogy that Doinel is Truffaut’s alter ego, it was on the set of ‘Stolen Kisses’ that the director fell in love with actress Claude Jade, who depicts Christine in the series. The couple was engaged but ended their relationship before marriage.

Now married, the domestic highs and lows of Christine and Antoine center this wonderful sequel, ‘Bed and Board.’ We see Antoine and Christine have a son, he loses yet another job, and the couple separate due to Antoine’s infidelity with a Japanese woman he met through work. Now faced with the responsibility of being a father and heading a household having had zero experience of the phenomenon of paternity in his past, we see Antoine’s worst traits come up. Not being able to communicate with loved ones is present in the previous films, but due to the increase in stakes, in ‘Bed and Board’ his stubbornness and restlessness really take shape. All his issues are summarised when he tells Christine, “You’re my little sister, my daughter, my mother” and she responds, “I would have liked to be your wife too.” What’s fascinating about the film are these moments of tenderness despite Antoine being at his least likable; the phone calls from the restaurant, and the cinematic humanity of Antoine, a person we met as a child, now holding a child of his own.

The final installment in the story of Antoine Doinel sees him about to be divorced from Christine and dating a younger woman. It plays out a bit like the 100th episode of a TV series, where interludes of footage from previous films play throughout. This saga is truly Antoine’s story, however ‘Love on the Run’ gives us an opportunity to peek into the brains of the women he has loved. He is reunited with his first love Collette, who calls out his obsessive egotistical behavior and how he tries to force people to love him. She articulates the conflict so concisely, that is only interested in the beginnings of relationships and that “You can’t make everyone else pay for your rotten childhood.” When Christine finally has a chance to ask Collette about her life, there is a moment of uncharacteristic despair not present in any of the previous films. It’s as if to say that Antoine may be the protagonist of this saga, but the story of one man exists in the background of countless other lives, including the audience’s. It’s a moment to exit our curiosity about this character and register the tragedies that may have been happening while we escape, both fiction and real.

For all his faults, Antoine Doinel remains one of Cinema’s most beloved characters. Watch him grow up before your eyes and you will experience a phenomenon of manipulation of time and feelings only possible through film.