The Many Accomplishments of the Multifaceted Artist, Tyler, the Creator 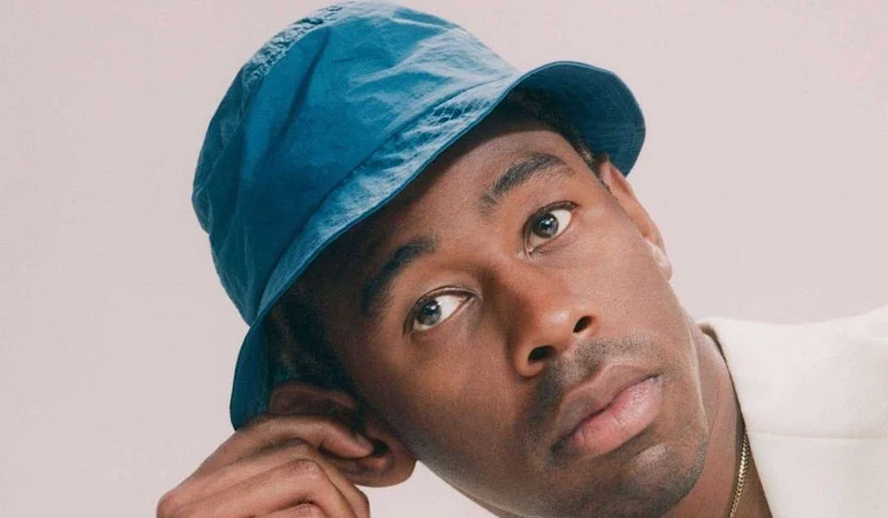 Not Safe For Work

Tyler Gregory Okonma, professionally known as, Tyler, the Creator is an American rapper, songwriter, actor, producer, visual artist, and comedian. His popularity rose in the early 2010s with his musical group ‘Odd Future’, paving the way for the majority of alternative hip hop artists of today. Although he had a loyal cult-like following at the beginning of his career, many people showed a true distaste for the content of his music. The style of his music used to be very vulgar and explicit in language, content, and imagery. The easiest way to describe it is N.S.F.W or politically incorrect. It definitely wasn’t for the faint of heart. Both Tyler and his music actually ended up getting banned in areas such as the United Kingdom and Australia for approximately three to five years.

Related article: Dear Frank Ocean, I Owe You, From A Big Fan

Throughout the years, the content of his music and overall style has completely changed over the years. Yet, many audiences can’t seem to remove him from his previous image. It is unfortunate that many people, specifically older generations, refuse to give him a chance for his new music because they were so disturbed by his past singles. Tyler is not only a musician or a personality, he is also a designer. He has partnered with his musical group, ‘Odd Future’, to launch a streetwear line called, ‘Golf Wang’. It is clear has his clothing has changed along with his music. Personally, I have been a huge fan of Tyler, the Creator from the beginning until now. I have seen his growth as an artist and would like to pay a tribute to all of his success throughout the years.

Tyler, the Creator – From Music To Television

These are the years when Tyler released his debut album with ‘Odd Future’, ‘The Odd Future Tape’. A year later, in 2008, Tyler went on to release his very first solo mixtape, ‘Bastard’. Once he started releasing solo projects, his music went from being publicized in the alternative scene to being publicized in the horrorcore scene. He became a household name after his relatively disturbing 2011 music video for his single ‘Yonkers’, which won him the title of, Best New Artist, at the  ‘2011 MTV Video Music Awards’.Tyler was not a fan of the horrorcore categorization and rejected it at any chance.

However, that didn’t stop Tyler from releasing his first debut studio album later in 2011, ‘Goblin’, under the same kind of N.S.F.W content. A few months later, Tyler announced a multitude of different projects that he was working on in 2012, to the excitement of his following. One of the projects included his partnership with the same production company that produced, ‘Jackass’,  ‘Dickhouse Productions’. He worked with this company on his sketch comedy show with Odd Future called, ‘Loiter Squad’. The show had a massive cult following, myself included, with an impressive three-season run on ‘Adult Swim’, until its final episode on July 17, 2014.

Before the ending of ‘Loiter Squad’, Tyler went on to promote another album in 2013. The album, ‘Wolf’ released by ‘Odd Future Records’ and ‘RED Distribution’ which are both under ‘Sony Music Entertainment’. A majority of the album was solely produced by Tyler himself, which takes an amazing amount of creative drive and strategy. In the following years, Tyler released arguably one of his best albums, ‘Cherry Bomb’ in April of 2015. The album was released digitally and featured many notable artists, a couple on the list being rapper, Kanye West, Pharrell Wiliams, Kali Uchis, ScHoolboy Q, and rapper, Lil Wayne.

I feel having these artists featured on this project easily made it one of my favorites, as I am a fan of their work as well. Unfortunately, this was the time where Tyler’s ban from the United Kingdom and Australia came back to bite him. He could not effectively do his tour of the ‘Cherry Bomb’ album the way he intended, due to the restrictions. Although this tour would have been six years after his lyrical offenses, the artist was still paying a heavy price.

In 2017, Tyler was announced to have written, produced, and ultimately performed the theme song for ‘Bill Nye Saves The World’ which was a new science show, starring everyone’s beloved childhood scientist, Bill Nye. This was not the last time Tyler involved himself with projects marketed to children, which is a complete one-eighty from what he was previously known for. In 2018, Tyler had again written, produced, and performed the soundtrack for the animated Grinch film, starring Benedict Cumberbatch. I have to say…the soundtrack is killer.

Way back in 2011, both Tyler, the creator, and Childish Gambino, also known professionally as Donald Glover, were featured in the popular ‘Cartoon Network’ show, ‘Regular Show’. The two musical artists were featured in season three, episode nine under the name ‘Rap It Up’. Tyler along with Glover got to showcase both their voice acting talents, and their rap skills. Although Tyler is still a wildcard, he has toned down the explicitly of his artistic content by a large amount.

In 2019, Tyler reached the highest point of his musical career upon the release of his latest album, ‘IGOR’ the critically acclaimed album secured Tyler the number one spot on the U.S. ‘Billboard 200’ list. On the ‘Billboard Hot 100’ list, ‘IGOR’ secured the thirteenth spot. ‘IGOR’ even went on to win Tyler the award of Best Rap Album at the ‘62nd Grammy Awards’. It is easily one of his biggest accomplishments as of recent. Needless to say, I am excited to see the content he will put out next.

I think people need to understand that it is not an artist’s job to make music for your children or to be a role model of any sort. Their job is to express themselves freely and creatively. Has Tyler said things in his music that I would absolutely never repeat…absolutely. But at the end of the day, he is a person who makes music for the purpose of expressing himself. I admire all of his growth and his many accomplishments.

Tyler, the Creator is currently touring across ten countries including the U.S, Australia, and Europe. He will be seen next in Chicago on July 29th, at Lollapalooza.