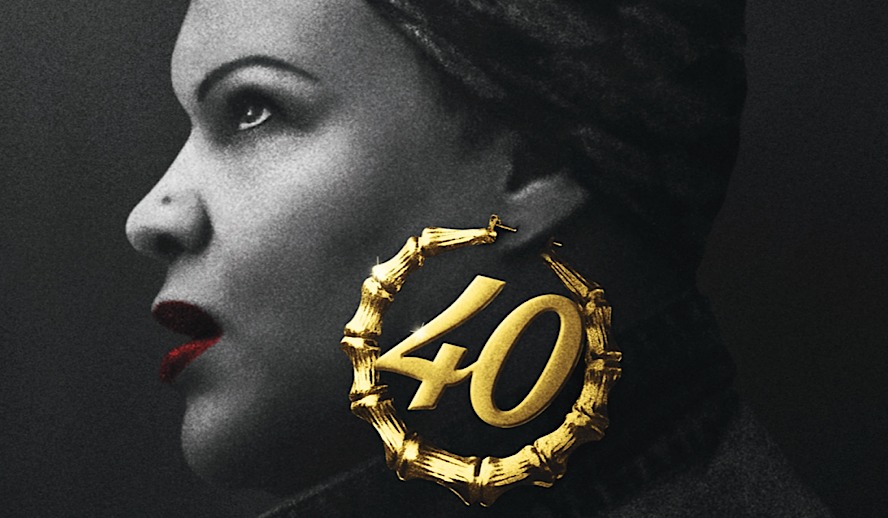 Royalty. That’s the word that comes to mind by the film’s end credits. As struggling Harlem playwright Radha Blank graces the New York sidewalks in her vibrant tuxedo-gown, she turns the film’s sidewalks into illuminating yellow brick roads.

What makes the Netflix movie ‘The Forty-Year-Old Version’ visually special is that it reserves color only for essential moments, otherwise it’s in black and white. Yet unlike some dreary black and white movies, you never miss the distraction color provides. By grounding the film in a gripping realism, the film can do a variety of things, all of them jarringly well.

Written, starring, and directed by Radha Blank, viewers blindly going into the film will slowly start to realize that it’s semi-biographical. The meat of the film focuses on Radha grappling with whether or not she wants to follow her dream of being a rapper, or if she should stay in the safety of her rekindling playwriting career. Based on the play of the same name, the 2020 winner of the Dramatic Competition Award in Directing never wavers in its dazzling honesty. When Radha loses hold of her artistic integrity and allows her art to succumb to the hands of sinister producer Josh Whitman, (Reed Birney), the film doesn’t hold back in showing the consequences of “selling out”.

‘The 40-Year-Old Version’: Black Art is More Than Just Slavery or Poverty

Although they’re laughable characters, they’re funny because they’re true. The film dances the line between what is real and what is fake and eventually comes out reminding us that they behave the same– they have the same end result.

In the production of Black art, there will always be outside voices giving their input, voices that have never experienced the subject matter, that doesn’t have the range to give insight. The vicious white gaze is nearly inescapable. When Radha hides from the consequences of compromising who she is, the honest writing and triumphant acting are enough to captivate your attention– the film reminds us what real life looks like.

The confusion white consumers have when Black art isn’t about slavery or racial trauma, comes from a misunderstanding of what Black art actually is. It’s not a prop to fuel white guilt, nor is it escapism from white people’s internalized racism. It is just art. Sometimes the Black experience is essential in making our art and sometimes it is not. The film itself is a testament to that, it’s pure, it understands itself in a way that Black art written or directed by white people often can not grasp; We are not our nightmares.

Indeed, the picture can be dreamlike at times. when music producer D floats his way on screen, his long dreads and gentle breathes give him the notorious disposition of the quiet Black man I see at times in my mirrors. Played by Oswin Benjamin, his performance is magical. Radha convenes and confides in D and together they rise like smoke and dance with the swelling horns of Quincy Jones’ Love and Peace.

What Happens to a Dream Deferred?

“Oh shit. Even my dreams need rewrites” – Radha confesses to her vigilant agent and best friend Archie (Peter Kim) after realizing a career in music is implausible for someone almost forty. Radha is a master lyricist. She raps about getting older, about being a Black woman in Harlem, and hilariously about white men with big asses. She reaches her worst moments in the film when she’s disconnected from her internal rhythm, from her authentic sound.

Even within her compromises she still must compromise. Even when she’s given up everything her integrity has to offer, she still has to make nice to all these white people who “get it” because they’ve seen Fences and they know The Color Purple. The director on her project gets it because she’s done A Raisin in The Sun. Even when Radha finally gets in the room she’s been fighting to get into, she can’t even get a Black director to work with her. “All the working black directors are working,” they said. The tonal nuance of the film isn’t always funny. It can be infuriating at times. Yes Langston Hues, sometimes those neglected dreams do explode.

Radha’s rap spirit is revived at a visit from the real-life female rap battle showdown Queen of the Ring. The scene took the film to new heights as audience members were dropped right in the middle of scorching rap battles. The poetic lyricism and off-the-dome storytelling relit the musical candles Radha had begun to extinguish. D is one of Radha’s main proponents as his encouragement never wavers for the playwright turned aspiring rapper. It’s clear he cares for her.

Black love in the movie is the foundation for a story many will see for one of their first times; a stripped-down understanding of a Black, female experience told by the one who experienced it firsthand. How many semi-biographical films are out there about Black women who aren’t civil rights heroes? How many get to be told by the person who’s living it? Incredibly few.

The result is a feat of resplendence. Although in black and white, the film beams with the warming aura of nuanced Black love; Radha is desired and not fetishized in this film, Black girls are free to explore their sexuality without consequence in this film, Black men are loving and beautiful in this film, and Black women are royalty.

When Radha came back to the light after losing her way she was still royalty; her late mother’s blood was still in her veins. Walking the Harlem streets in her tuxedo gown, the film radiated with an artist’s love.

By the end, The Forty-Year-Old Version is about companionship. It’s a message that your dreams do not need rewriting. Your dreams don’t have to be compromised, they were not bestowed to you under the conditions of race, gender, or age–your destiny supersedes these restraints. The film teaches us that dreams are treasures–they need love and trust.

You will not watch this film. You will experience this film. Know the difference.