‘The Beatles: Get Back’ Features A More Joyful Side of The Beatles As Seen By Peter Jackson 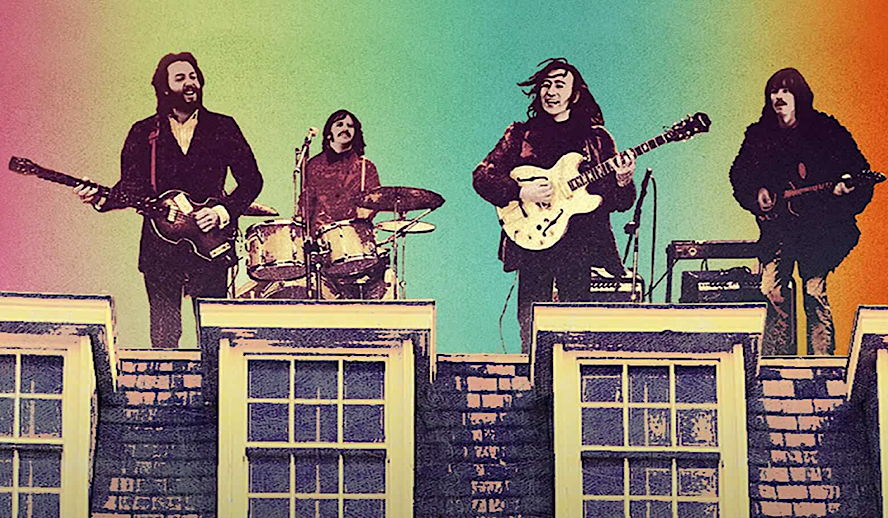 Photo: ‘The Beatles: Get Back’

The Beatles are perhaps the most influential band of all time, so it’s no wonder why so many films and documentaries have been made about them. In 1970, a documentary called ‘Let It Be’ showed the iconic band working on their two albums, preparing and then having a concert. The concert however was the last live show they ever performed together, and the documentary publicized the band’s tensions that eventually led to them breaking up. Peter Jackson, writer, director, and producer of ‘The Lord Of The Rings’ series, sifted through 55 hours of unreleased footage and found that there wasn’t only tension, in fact, a lot of it was joyful. Jackson used restoration techniques to make the footage look as if it were filmed today and not 52 years ago.

The documentary was originally going to be in theaters on August 27th, but has since been changed to being released in three separate episodes on Disney+. The mini-series will debut on November 25, 26, and 27, totaling around six hours of footage. The series covers the band’s making of their final two albums, which would go on to become the legendary ‘Let It Be’ and ‘Abbey Road’. 14 songs written, rehearsed, and recorded. It also includes their rooftop concert on January 30th, 1969, their last performance before they broke up. The docu-series will work better in the three parts considering that the concert itself is 42 minutes. According to NPR, Jackson said, “Watching John, Paul, George, and Ringo work together, creating now-classic songs from scratch, is not only fascinating — it’s funny, uplifting and surprisingly intimate.”

Michael Lindsay-Hogg records intimate moments of friendship and comradery that is often not talked about, especially considering it takes place in the last 18 months of the band’s existence.

‘Abbey Road’ did not receive exceptional reviews when it first came out. The New York Times went as far as to call the album an “unmitigated disaster”. Despite this, it topped the Billboard 200 album charts for 12 weeks and has grown to be one of their most celebrated works. “Fans often cite it as the Beatles’ best, and critics frequently rank it as one of the greatest albums ever made. Heck, even the cover art is a pop-culture touchstone. Everyone from Kanye West to ‘Sesame Street’ has paid homage to the iconic image,” said Billboard article discussing the 50th birthday of the album.

Different Side Of The Beatles, Unseen Footage

There have already been several other films and documentaries dedicating to celebrating this iconic band. ‘Yesterday’, ‘Nowhere Boy’, ‘George Harrison: Living In The Material World’ (directed by Martin Scorsese), ‘A Hard Day’s Night’, and many more are set around the vibrant lives of some of the most influential musicians of all time. How is this docu-series going to do something different?

Well, one aspect is that it features the last concert that The Beatles ever performed together as a band. The performance was at Savile Row headquarters’ rooftop in London on January 30th, 1969. While they didn’t know that it would be their last show as a band, but they hadn’t performed live for over two years leading up to it making it an exciting show at the moment and a famous show now.

But what’s really captivating about this concept is that Jackson focuses on the humorous, endearing, and love-filled moments that weren’t talked about during the time that this footage was taken. The footage was taken in 1969 by Michael Lindsay-Hogg, who was directing his own documentary ‘Let It Be’. The documentary, originally titled ‘Get Back’ is built from the same sessions of recording and rehearsing that are in the upcoming series, as well as the concert. However, ‘Let It Be’ revealed the problems that would eventually lead to their breakup.

The Record Producer Glyn Johns said, “There was some amazing stuff – their humor got to me as much as the music, and I didn’t stop laughing for six weeks. John Lennon only had to walk in a room, and I’d just crack up. Their whole mood was wonderful, and that was the thing, and there was all this nonsense going on at the time about the problems surrounding the group, and the press being at them, and in fact, there they were, just doing it, having a wonderful time and being incredibly funny, and none of that’s in the film.” In ‘Anthology’, Paul McCartney viewed the film as a way of showcasing The Beatles getting prepared for a big end-of-show concert and a peek behind the curtains as they get their act together. The footage itself though was vast and full of tender moments and silliness, not just tension. “After reviewing all the footage and audio that Michael Lindsay-Hogg shot 18 months before they broke up, it’s simply an amazing historical treasure-trove. Sure, there’s moments of drama — but none of the discord this project has long been associated with,” said Jackson.

One Of The Most Influential Bands Of All Time

The Beatles are one of the most iconic bands of the twentieth century. Their music has impacted every musician of today, whether directly or indirectly. According to Rolling Stone, they were the greatest artists of all time. At the same time though, they could easily be described as a boy band. “Beatlemania” the term coined to describe the extreme enthusiasm for The Beatles and the frenzied behavior of their fans in the 1960s, specifically their female fans. Not unlike other boy bands that have followed such as One Direction or Backstreet Boys, many young teens made up the majority of their fanbase. But, it’s the hysterical girls that are most often described in relation to these bands.

But does that make them inherently bad, and if so, why? Why does a teenage girl enjoying music make it less worthy of respect? The idea of a boy band being the object of affection for girls isn’t the whole thing, the most important part of a boy band is the band part- a.k.a. the music. Why do we consider young girls’ taste unpalatable and yet some of the most successful franchises owe their success to the same girls?