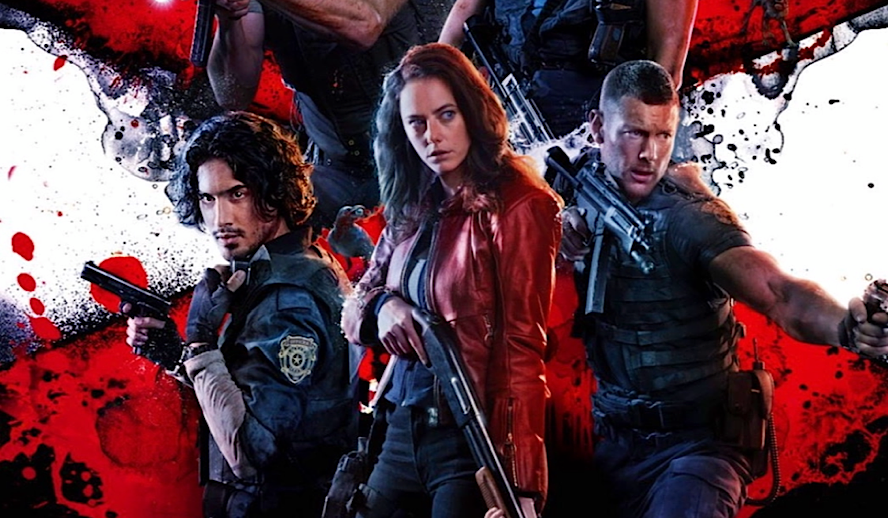 Here’s a warning: the content of this review comes from someone with a very basic understanding of ‘Resident Evil’ franchise lore, either through the films or the video games. While a film is a film before it is any sort of adaptation, a short period of research following my viewing of the film has made me realize that this film features a lot of easter eggs, references, and general fanservice that would be (and was) lost on the casual viewer such as myself. With that being said, here’s what I think.

Apparently ‘Resident Evil: Welcome to Raccoon City’ is a mash-up of two different ‘Resident Evil’ games, so committed fans of the franchise will be treated to what seems to be a relatively faithful take on the original source material, or at least a vested attempt at something as recognizable as possible. Set in 1998, this film subtly reeks with that contemporary retro fetishism of every other horror and sci-fi production that just so happens to be set in the aesthetically-saturated middle of any era other than the modern.

Despite having little experience with the ‘Resident Evil’ franchise, this installment felt like a video game, with characterizations just loose enough to warrant a single player and an array of warped, villainous figures. The setting shifts across the rain-soaked mundanity of Raccoon City – the diner, the police station, an old mansion, each location in the city more moody and decrepit than the last – and this is probably one of the most enticing parts of the film. Even without the added familiarity, there’s a clear sense of tone and environment that feels rooted in a source stronger than imagination. The scares, however, were a different story. I don’t know about my standards, but I was wholly underwhelmed by the zombie threat. After the admittedly eerie rising action, I lost interest as the danger somehow lost imminence as it was supposed to grow, and true terror was lost in the fold of action.

Kaya Scodelario plays Claire Redfield, and while I’m not familiar with this character, I got the jist pretty quickly that she is a badass scorned due to her treatment by the Umbrella Corp. during her upbringing in their orphanage. While the story wastes no time setting up a sparse but acceptable background, introducing her brother, Chris Redfield, played by Robbie Amell, who works in law enforcement in Raccoon City.

Since Claire Redfield is already an existing character, I guess it doesn’t seem as if Scodelario has merely been strewn into some mysterious, female bad-ass protagonist role; it does feel, however, like she is mostly just utilized to save characters from sticky situations, spawning at the end of a scene with a shotgun and a gaze to kill. Don’t get me wrong, she’s cool and all, but as our protagonist, I think she deserved a little more character especially considering the way that this lacked in other characters as well. Robbie Amell disappeared into the film for me as Chris Redfield, and while the rest of the cast was fun enough, they never developed beyond a very basic, throwaway ensemble.

Neal McDonough is a freaky villain but his performance gets compressed by the awkward pacing. Avan Jogia stands out as comedic relief in his performance as Leon, a rookie member of their lawman ensemble, but he feels like one of the most distinct characters in the film. In a sea of cardboard cutouts, his overdone incompetency feels committal at the very least. Beyond this, the relationships ring hollow due to a lack of development, being scattered across storylines, with some given more attention than others. What dialogue we get is ultimately dull, and gives little insight into their perspectives or anything beyond the raw information it takes to move the plot along.

As someone with little to no sense of the original characterizations, I wonder if my understanding of them now would even scratch the surface of their true individual personalities and backstories. Rather than seeing them as what I now understand to be well-known characters, many of the members in this film seem just as one-note as any band of soldiers in a zombie movie.

Final Thoughts: For Fans, Not Filmgoers

When you love something, it’s easy to fill in the blanks – in life and in film – but things should be well-written. When they cost millions of dollars, they just should. Any earned charm that this film has lies in the vibrancy of actors chosen, or the authenticity of Raccoon City, and none in the screenplay. Despite being a widely-released, widely-viewed production, this project sags beneath the weight of reliance on fan-service and game references, to the point of ignoring narrative structure and pacing. This really shows in the last half, with the lack of development hard to ignore as the story culminates into a dull climax, devoid of satisfaction or emotional depth. With a by-the-numbers but engaging enough beginning with some striking scenes that come to mind, I struggle to recall poignant moments from the end of the film.

It appears that ‘Resident Evil: Welcome to Raccoon City’ is best seen by those with the gaming experience to understand it, otherwise, prepare for something that verges on incoherent and overreaches unimpressive for casual watchers.

Fans of the film can look forward to the stars in other upcoming films. Kaya Scodelario is set to star in ‘The King’s Daughter’ alongside Pierce Brosnan, releasing in early 2022.