‘Clouds’: A Tear-Jerking Biopic Based on a True Story by Producer Justin Baldoni 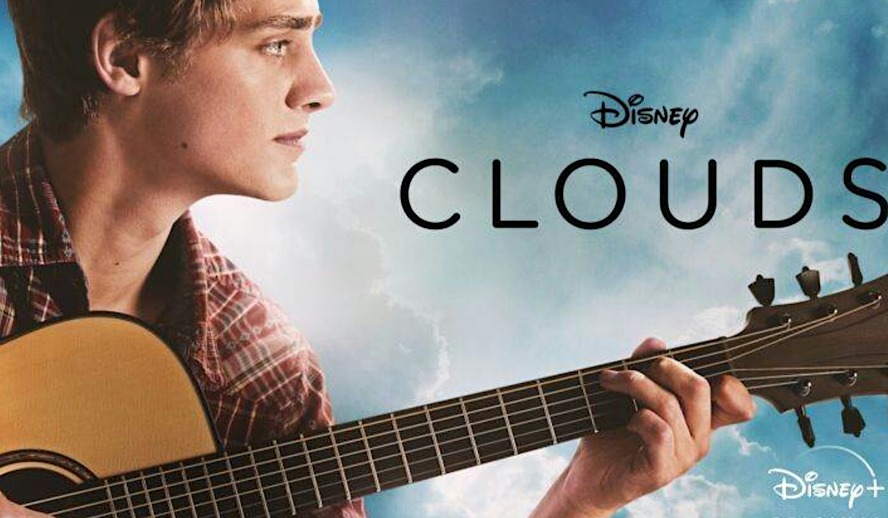 The book The Fault in Our Stars created waves in the world when it was released in 2012. Then in 2014, when it was made into a movie, it also received lots of attention. This unveiled an audience for stories following young teens as they deal with life’s obstacles on top of dealing with a terminal illness such as cancer. With more stories to be told, a new film made by Disney+ called Clouds is an emotional ride.

Clouds follows a 17-year-old boy named Zach Sobiech who has osteosarcoma, a rare bone cancer. When he finds out he is terminal, Zach becomes determined to pursue his dreams of writing music with his best friend Sammy Brown. Releasing a song titled Clouds that blew up on YouTube, Zach is able to live on through music. Based on an incredible true story, this film is a must-watch.

‘Clouds’: Justin Baldoni Serves as the Brilliant Director and Producer

Justin Baldoni was most well-known for his role as the love interest on Jane the Virgin, however, he has since become a director. He started with the film Five Feet Apart, about two teens who fall in love despite the obstacles they face due to cystic fibrosis. In a similar vein, Justin Baldoni has now made yet another tear-jerker with Clouds.

Related article: A Tribute to Sushant Singh Rajput + Posthumous Film’s Review: ‘Dil Bechara’ – The Remake of ‘The Fault in Our Stars’

Part of what makes Clouds so special is that Baldoni actually spent time with the real Zach Sobiech and his family before the boy’s passing. Baldoni met the Sobiech family back in 2012 when he was directing an episode of his YouTube series My Last Days.

Baldoni told Refinery29 that, “[Zach] became like a little brother to me, and I became so close to him and his family. Before he passed away, I was FaceTiming with him… and I made him a promise. I told him that I would do whatever I could, whatever was in my power to continue telling his story and to make sure that the world knew his name and listened to his music.”

A Real Connection that Translated to the Big Screen

The real connection that Baldoni had with the family and with Zach himself enabled him to create a film that is as close to real-life as he could get while also adding some cinematic flair. The rawness of the emotional moments as well as the directing choices make the film grounded in a way that can sometimes be lost in the dramatization of a real-life story. There is also real home-movie footage of Zach and his family during the credits of the film, showing how parts of Zach’s life were directly transferred to film.

In order to add even more sentimental value to the film, Baldoni used Zach’s actual belongings. “We shipped half of his room from Minnesota,” the director told Refinery29. “Those are Zach’s real props and toys and trinkets that are all around his room. It’s his real bedspread.” Fin Argus, who played Zach in the film, oftentimes wore Sobiech’s clothes and used his real crutches.

The film is an adaptation of the memoir Laura Sobiech, Zach’s mother, wrote after his passing. In fact, Baldoni consistently checked-in with the family to see what they thought of the script so that he could remain an advocate for how they wanted Zach’s story portrayed on-screen.

Fin Argus—known for Agents of S.H.I.E.L.D.—plays Zach Sobiech, a young teen with terminal cancer who decides to pursue his dreams of writing music with his best friend. With an infectious laugh and seemingly abundant charisma, Argus shows the happiness with which Zach faced life. At times consumed by the panic and anger that came from receiving a terminal diagnosis, Argus’s performance is gritty and real while also being lighthearted and fun.

Sabrina Carpenter—known for Girl Meets World—plays Sammy Brown, Zach’s best friend, and bandmate. The raw emotion Carpenter displays of unbridled love for her closest friend fills the movie with an authentic feeling. Not only is her acting superb but her voice is magical.

Madison Iseman—known for Jumanji: Welcome to the Jungle—plays Amy, Zach’s girlfriend. Seeing a romance evolve with the knowledge that Zach will not be able to spend his life with Amy is heartbreaking to watch. Iseman expertly transitions from a giggly girl with a crush to a loving girlfriend trying her best to support someone whose life is being unfairly cut short.

Heartbreaking, funny, and hopeful all at once, Clouds is a truly inspirational story of a boy who followed his dreams and urges others to do so as well. His single “Clouds” is available to watch on YouTube and the film is currently available to stream on Disney+.