The Rise & Victory of Mira Nair: The Pride of Indian Representation in Cinema 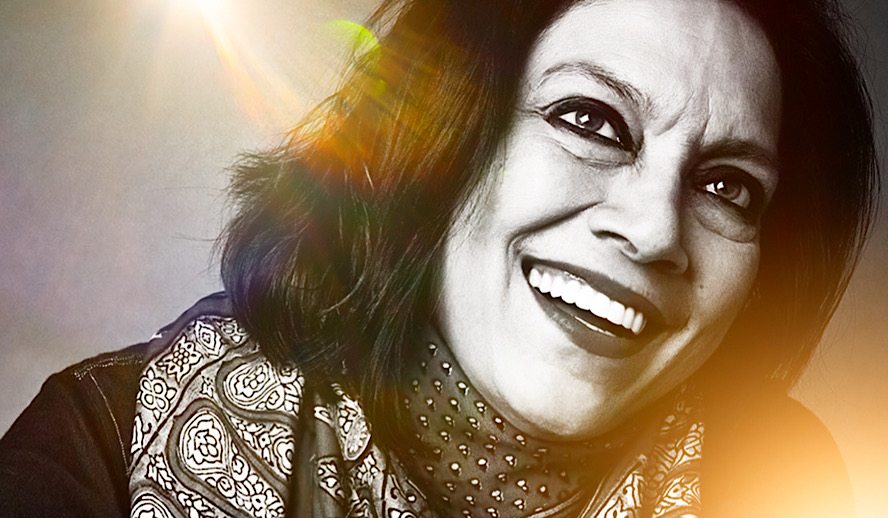 There has never been anyone more of a catalyst for the recognition of Indian cinema on the international platform than director and filmmaker Mira Nair. Her movies have earned countless accolades, such as Oscar, Golden Globes, and BAFTA nominations. She has been actively working for diversity and inclusion in Hollywood long before the movement took traction, with an almost 40 year-long career of bringing stories of the Indian diaspora and culture to the international big screen. Here we will dive into the illustrious career of this powerhouse filmmaker and how she became the icon that she is today.

Mira Nair was born on October 15, 1957, in a city called Rourkela in Orissa, India. Since her father was an officer of the Indian Administrative Service, she ended up moving to India’s capital city Delhi at the age of 11. Her upbringing in Delhi is reflected in her films, especially her most popular film to date – Monsoon Wedding.

The glimmer of future success could be seen all the way back to her early years. After attending Loreto Convent School, she gained admission into the prestigious Delhi University college, Miranda House. Her drive and ambition were evident from the start as she aimed a step higher and applied for a transfer to Western schools for a higher level of education. She ended up receiving a full ride to Harvard University and graduated with a degree in Visual and Environmental Studies. After graduation, she moved to New York and worked as a waitress to start her career as a documentary filmmaker.

Her earlier work was centered on documentaries related to the Indian experience in different contexts. Her first documentary out of college was released in 1983, titled So Far from India, about the life of an Indian immigrant in New York. Her following documentaries India Cabaret and Children of a Desired Sex shed light on the plight of female strippers in Bombay and female feticide.

However, the dependency on real-life events for documentary filmmaking made her pivot her career trajectory into creating feature films. She explained: “While I was working in documentary I was impatient sometimes, many times, with waiting for something to happen and not having it happen like I hoped it would.”

Her first feature film Salaam Bombay (1988) reached widespread critical acclaim and prompted Mira Nair’s rise to fame in the film industry. It was based on the daily lives of one of India’s most common as well as unconsidered community: the children on the street. Nair employed real street kids in her movie as she and her writing partner Sooni Taraporevala felt that they had a unique quality of the combination of childhood and wisdom that could not be found in other kids. They had a child psychologist on set to ensure the children’s wellbeing, as well as created a charity from the profits of the film called Salaam Baalak Trust which directly helps street children in India.

Salaam Bombay won the prestigious Camera D’or and Prix du Public awards at the Cannes Film Festival and became the second film in Indian film history to be nominated for an Academy Award for Best Foreign Language Film (after Mother India in 1957). Given her newfound fame, she was approached by Hollywood executives offering her millions of dollars to make more commercially leaning films. However, certain principles Nair has stuck to throughout her career have prevented her from taking that route, such as loyalty to her roots and commitment to meaningful and deep cross-cultural cinema.

Her next film Mississippi Masala, about Ugandan-Indian immigrants starring Denzel Washington, was proof of that. She once refused a high paying job to direct Harry Potter and the Goblet of Fire and directed The Namesake (Irrfan Khan and Tabu) instead, a movie based on Pulitzer Prize-winning author Jhumpa Lahiri’s novel of the same name, which she credited with helping her heal at a time of great personal loss.

One of her most notable films is Monsoon Wedding (2001), which cemented her name in film history by making her the first woman and second Indian (after her mentor Satyajit Ray for Aparajito in 1957) ever to win the highest honor given at the Venice Film Festival, the Golden Lion. It follows the entanglements between people amid a huge Punjabi wedding in Delhi. The film, written by Sabrina Dhawan, also earned her commercial success, as it grossed over $30 million internationally, which has always been a goal of hers. Nair and Dhawan also worked on a musical version of Monsoon Wedding.

Her commitment to the growth of the art of film can be seen in her non-profit venture Maisha Film Lab in Kampala, Uganda. While working on her film Mississippi Masala in Uganda, she fell in love with the rich organic ground reality and talent there. She also recognized that there was a lack of access to proper training for people interested in film. The authentic stories of Africa were not being immortalized authentically, and as she puts it quite often: “We had to tell our own stories, or no one else will”. Maisha Film Lab was born and supports the careers of East African filmmakers with mentorship programs and courses. The most notable alumni of Maisha is Oscar winner Lupita Nyong’o, who later worked with Nair in the 2016 film, Queen of Katwe.

What makes her work so special and recognized

Mira Nair’s work, be it documentary shorts or commercial feature films, is heavily influenced by her Indian roots. Her work is delicately brushed with real cultural elements, coloring her movies with the authenticity of representation that does not reek of tokenism. What makes her such a respected filmmaker is that in addition to sticking to her roots, she crafts her films in such a way that they become relatable to a broader audience. Her work deals with universal emotions of love, loss, trauma, generation gap, marriage, etc. Her films about seemingly exotic cultural norms elicited a deeply emotional response from international viewers at international film festivals such as Cannes and Venice.

While her body of work generally leans towards the critically acclaimed category, she has always desired to have a big commercial audience as well. She wasquoted in the Harvard Crimson saying:  “I find myself very much a commercial filmmaker. I really know that I want a big audience. I think in a quirky and funny and funky way, but I also know that I’m not thinking about that just for its own sake. I also think about it in a way that can be interpreted by a bigger audience. Because I want to reach them.” However, even in the pursuit of a commercial audience, she never gives up her high standards to work only with stories that deeply move her and resonate with her.

Mira Nair is a recipient of the Padma Bhushan, which is the third-highest civilian award given by the Indian government. She currently lives in New York City and is a professor at Columbia University in the Film Division of the School of Arts. Her latest project is the TV series A Suitable Boy based on Vikram Seth’s 1993 novel set in post-independence and post-partition India, which follows the lives of four families.