The Reality of Latin Representation In Hollywood, It Is Not What It Seems 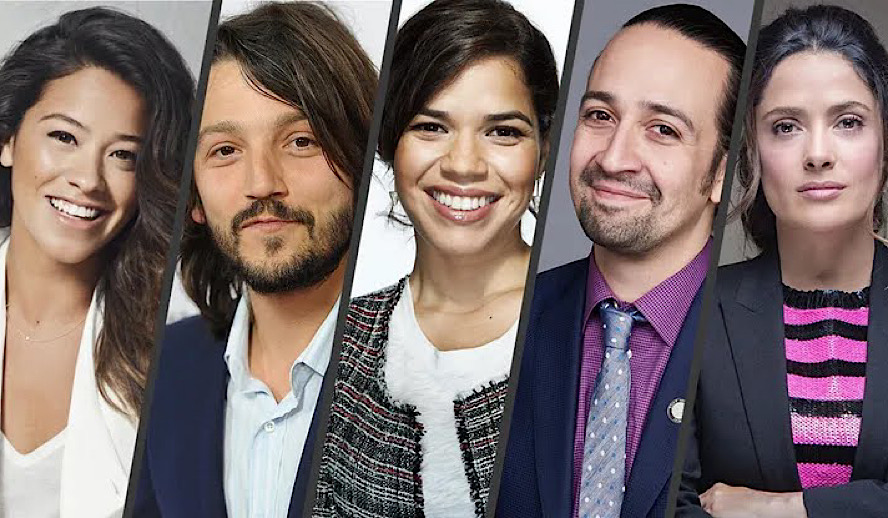 Diversity has been a long battle in Hollywood, and as tides change, the faces, skin color, and accents you see on the screen are beginning to look more like real life. But for some reason, the Latin community is still many steps behind.

It feels like unless you are part of the community and are increasingly involved and often searching for Latin projects to support, it is almost impossible for someone to be aware of the Latin participation of the community in Hollywood. The Latin community often feels separated from it all, and they tirelessly speak up, but they are still somewhat unheard of.

Although, it seems like this year, the desire for Latin representation has been more attainable than ever before. An example would be the Steven Spielberg project coming up, the reboot of the acclaimed musical ‘West Side Story,’ as having Spielberg be part of the project turns the film into a future and anticipated success, making this film a significant step forwards in inclusion for the Latin community. But that does not undermine the fact that the statistics for Latin representation are highly inconsistent.

When it comes to Film and TV, representation is still off. The numbers are inconsistent, and there is a hiatus in accumulated data because COVID-19 played an enormous role in the halt the industry suffered in 2020, but the statics on the “Hollywood Diversity Report” showed that in 2019 Latin talent made up only 5.3% of individuals that were broadcast on TV. Television seems to be a more welcoming space for the Latin community, as the film industry has different and lower numbers regarding representation.

Latin actors are often victims of oversight, as only 4.6% of movie roles in 2019 were given to actors of Latin descent. It is quite saddening to realize that the percentage of Latin people on-screen has only increased by .3% in the past seven years. Considering the Latin/Hispanic population is the second most growing population in the country, .3% does not match the increasing number in reality. The Latin community now makes 18.5% of the US population.

When it comes to the writer’s room, the situation hardens, as the people are not as aware of the representation that lacks behind the cameras because it cannot really be seen. Representation behind the cameras is as crucial as it is in front of them because the space for stereotypes and cultural unawareness is broader, as no one can speak for others’ cultures. In 2019, only 8% of writers from the Writer’s Guild of America were of Latin descent, a low percentage considering the percentage of the Latin population in the country.

Although, the numbers are still on the lower side, representation in the writer’s room has gotten better in the past five years, not only for the Latin community but for People of Color in general. But those statistics are only supported inside the writer’s room for Television, because when it comes to the film industry, the screenwriters of Latin descent only constitute 4.7% in the industry.

If you thought the numbers were low for the ladder, let me tell you how statistics show that it is harder for its Latin directors because the numbers are pretty disappointing in the analyzed data. According to a USC report, Latin directors only constituted 3.6% of the industry. It was noted that when a project included a director of Latin descent, the decision aided to incorporate the Latin community in the project, it inspired the production to hire more talent of the same descent. As many Latino/e characters on screen, when having a Latin director, would increase from 4% to 13%.

As in the TV industry, only 20 were Latino executives out of 919, while none were on the CEO level. And of the 170 film executives that were part of the analysis taken, zero were Latino/e. The executives are responsible for green-lighting projects, and they are in charge of what is seen and not seen out there in the mainstream media, and if the representation is lacking from its roots, then the seed will never grow. Representation needs to happen from all aspects of the industry, or we will be stuck in the same cycle. Where representation seems to skyrocketed, and when the waters begin to settle down, then suddenly all is forgotten, and we are back into believing that the only film worth making is the one with the white lead.

The Latin community remains adamant in speaking up against misrepresentation and the lack of characters for its community. Last year, 270 Latin TV, film writers, and creators sent an open letter to Hollywood in the Los Angeles Times, communicating their discontent with the situation in hopes of a change. Hopefully, the people in power finally decide to really open their ears and set up a moment to listen to what the community is asking. And the Latin community can ultimately become a real, flesh-and-skin kind of person in Hollywood, instead of a one-dimensional sidekick that’s there to support its white lead.