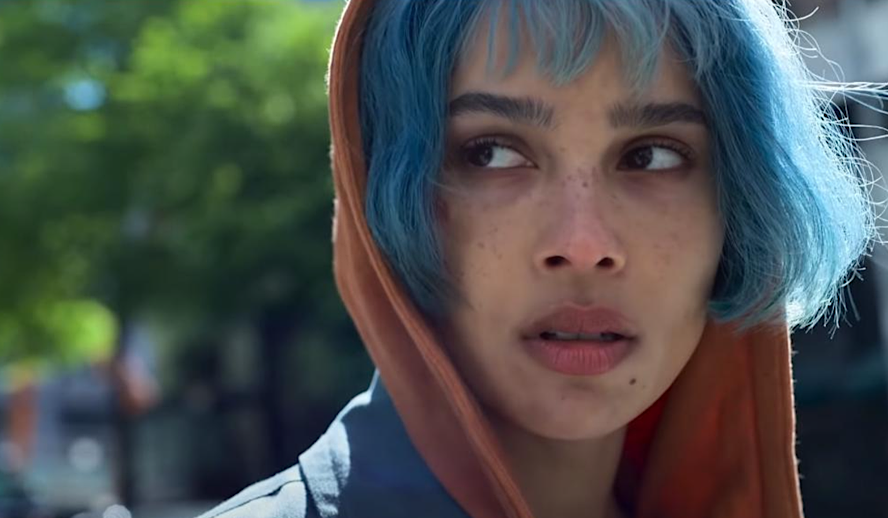 HBO Max has built up quite a reputation in the year-and-a-half since it first launched. From giving people the chance to experience some of the latest big-budget blockbusters at home, to having countless films and shows that cater to just about every type of taste imaginable, the streaming service is well worth the monthly ten dollar price. With all that being said, it may come as a bit of a surprise that the latest film produced by Warner Bros. and New Line Cinema for the service isn’t some grand, epic adventure with a massive budget and an all-star cast. On the contrary, it’s a fairly mid-budget, unpretentious thriller. However, the important thing to remember is that films don’t always need to boast ridiculous production values and ambitious stories in order to be entertaining. As the old saying goes, sometimes charm can lie in simplicity, and in that regard, ‘Kimi’ manages to deliver.

Directed by Steven Soderbergh (The ‘Ocean’s’ trilogy, ‘Magic Mike’) and written by David Koepp (‘Jurassic Park’, ‘Spider-Man’, ‘Mission Impossible’), ‘Kimi’ follows the journey of an agoraphobic tech worker named Angela Childs, played by Zoë Kravitz, who works for a tech company behind a new virtual assistant device known as “Kimi”. While fixing bug reports based on recorded messages left by various users of Kimi, she comes across what appears to be an audio recording of a sexual assault. Angela has no choice but to face her fears of the outside world in order to properly report the evidence. The film, while not dystopian or futuristic in any way, presents a world with advanced technology while still keeping a believable present-day setting.

What Works and What Doesn’t

One of the most notable aspects of ‘Kimi’ is the way it depicts things from Angela’s perspective. There are several directorial decisions that properly give the audience a sense of how she feels throughout the film; when she makes an effort to leave her house, she’s shot from both bird’s eye and worm’s eye camera angles, reflecting her rising anxiety in the moment. When she inevitably has to go out, the film makes excellent use of handheld shots, once again effectively capturing her anxiety. Whenever she puts on her noise-canceling headphones in order to properly do her job, the audio from the scene is briefly muted completely. Touches like these may seem simple, but in execution, they give the film a proper sense of personality and play off the script nicely. Speaking of, something else this film does well is pacing.

At an hour and a half’s length, the film never overstays its welcome or feels like it’s dragging at all. In a time when so many films run over two hours long, ‘Kimi’ demonstrates how effective a shorter runtime can be. The film is also well-written, with an engaging story and interesting characters. Another interesting thing to note is the way the film incorporated the current state of the pandemic into the story; the main narrative itself has very little to do with the issue, but the film takes place in a fictional version of the present day, when Covid is still an ongoing issue but isn’t as big of a concern as it was in the year 2020. This adds a layer of relatability to the film, in which we see how a hypothetical scenario based around a futuristic piece of technology would play out in the current year.

Despite everything that ‘Kimi’ does right, however, there are a few aspects of the movie that unfortunately drag it down a bit. At multiple points throughout the movie, the acting occasionally falls flat, with numerous lines that either feel off or unnatural. Unfortunately, one of these lines is pivotal to the film’s narrative, and takes away a bit from the very serious nature of the scene. I’m generally not the one to keep a sharp ear out for poor acting, but in this movie, I couldn’t help but be momentarily taken out of the experience a few times. Another weak aspect is the score, which often takes on a more whimsical sound than what feels appropriate for the movie’s pseudo-futuristic setting. One particularly bizarre instance of this is when a suspenseful chase scene is underscored by a piece of music that takes on an almost fairy tale-type sound. But at the end of the day, however, these are minor issues that didn’t hinder my enjoyment of the movie too much, and they shouldn’t scare anyone interested in seeing it away.

‘Kimi’ – Knowing What to Expect

As previously stated, ‘Kimi’ is a film that works as the direct-to-streaming film it is instead of a theatrical release; it’s very small in scale and the production values are noticeably lower than most Hollywood blockbusters today. However, this fact is in no way detrimental to the film’s overall quality, because it’s not the budget that matters most in a film. As long as you go into this film knowing to expect a smaller-scale thriller instead of some kind of expensive sci-fi epic, this is a film that I think most people could enjoy. After all, a movie’s budget does not determine its quality, as even the most polished and expensive movies can still be considered “bad” when any other issues, especially writing-related ones, are present.

What really makes this film work is the engaging script and direction, the tight pacing that prevents the film from feeling tedious, and the way the audience gets a feel for Angela as a character. This isn’t a movie that needs to feel like some kind of grand, revolutionary piece of art that will be remembered for years to come. Sometimes, movies just need to be competent and entertaining.

All talk about production values aside, ‘Kimi’ is overall a pretty good time. If you’re ever in the mood to sit down and watch something on a Friday night, this certainly isn’t a bad choice, especially with the aforementioned reasonable runtime. In a way, it’s actually nice to know that there’s still a market for movies like these; ones that are made with smaller audiences in mind yet don’t feel the need to become total mind-numbers. If you’re in the mood for such a movie, I definitely recommend giving it a watch for yourself.