‘Limbo’: When a Syrian Musician Caught in Refugee Transition Loses His Will to Play 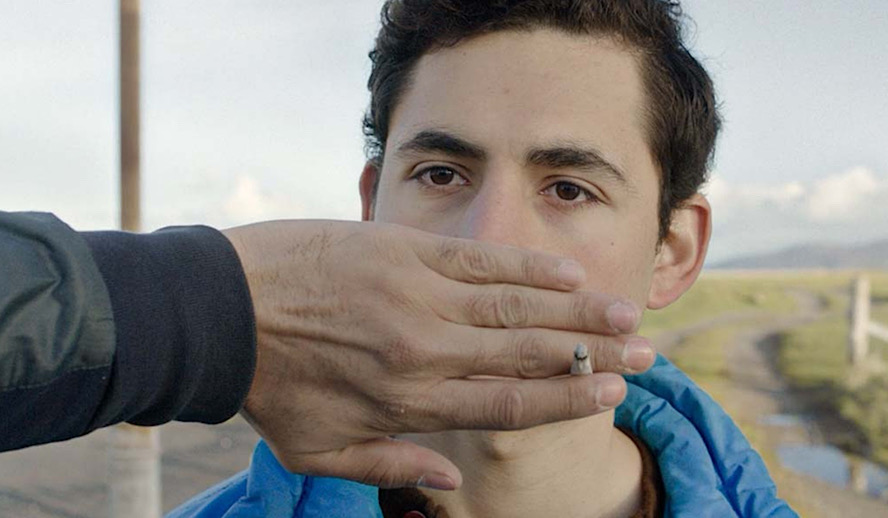 If you’ve been following the independent film circuit this past year, you’ve most likely heard of the film ‘Limbo,’ which was just released yesterday in theaters after a 2020 premiere at the Toronto International Film Festival and a successful festival run. The film is a debut feature from writer-director Ben Sharrock and has garnered many accolades, including two recent BAFTA nominations for Outstanding British Film of the Year and Outstanding Debut by a British Writer, Director, or Producer.

‘Limbo’ comes at a particular moment in time worldwide where humanitarian crises are beginning to make their way into films in more honest, authentic, and poignant ways. As Sharrock told Entertainment Weekly in an interview, “This film is not about refugees, it’s about human beings. The point of it is no matter where you’re from, you can relate to these people just as people.”

‘Limbo’ follows four asylum seekers from different countries as they wait on a fictional Scottish Island, hoping to gain asylum into some western country. It centers on a Syrian refugee named Omar who is looking to gain asylum in London; we mainly view the other characters and world from his perspective. Throughout their days, the four men take classes to improve their English, learn about the culture, and develop their conversational skills. They watch the show ‘Friends’ for entertainment, squabbling about its inner workings with each other. They trek up to a lone telephone booth on the top of a steep mountain weekly in order to make any phone calls to loved ones. And through it all, they lean on each other to get through this stressful period of, simply, “waiting.”

The film is a dramedy through and through, with comedic moments that manage to give sporadic lightness to a serious topic. However, the film as a whole is quite slow, and given the subject matter, definitely feels more like a drama than a comedy. In that way, the film feels true to its subject matter though. It’s not trying to make you laugh, or minimize the character’s struggles with humor. ‘Limbo’ is trying to show the refugee experience for what it is, which is often full of dread, waiting, and second-guessing.

Omar as a Character

‘Limbo’ follows a protagonist named Omar (played by Amir El-Masry), who is a Syrian refugee and musician. He plays an instrument called an oud – a string instrument similar to a guitar – which he carries around in almost every scene of the film in a large leather case. As he says in the film, the oud was his grandfather’s instrument, a well-known player back in Syria. So, he holds it dearly. Through weekly phone calls with his parents, we hear them encouraging Omar to play, repeating the mantra that “a musician who doesn’t play is dead.” However, throughout the film, Omar refuses to play the oud, no matter how many people pressure or encourage him to.

As he carries the oud around in each scene, it figuratively and literally becomes a weight on his shoulders, which becomes heavier and heavier the more he tries to ignore it. The oud also brings up important questions of self-identity and worth that Omar ruminates on during the entirety of the film. Who was he before Scotland? Who is he now? Is his self-worth based on this instrument – does he have an identity beyond it? Omar is a character who says little, but these themes are evident in his interactions with the oud.

There is also a through-line in the film regarding Omar’s relationship with his brother, Nabil (played by Kais Nashif). It’s unclear what specifically happened with them in the past, but there is a clear chasm between them based on different ideologies and actions. The issue of the oud and Nabil plague ‘Limbo’ – and thankfully, are resolved by the end of the film.

As a whole, Omar is a curious character to follow. He definitely has a clear viewpoint on every issue or conversation he’s privy to in the film, but he decides to take on a more omniscient role of the “observer” and stay on the sidelines. He doesn’t say much, doesn’t express much. A deadpan expression characterizes him for a good portion of the film. While this sometimes feels over-the-top and too forced, there is a great payoff in the end when Omar finally succumbs to his deep, painful emotions. Masry should be praised for his performance in this film, as when the credits roll and you’re looking back on it, the stoicism was worth it.

Though the film feels very slice of life – something character-driven rather than plot-driven – there are great moments of catharsis. Apart from Omar, the other characters have extremely interesting stories of their own – ones that end in both success and tragedy. There’s Farhad (Vikash Bhai), who is Omar’s roommate, and Abedi (Kwabena Ansah), and Wasef (Ola Orebiyi), their housemates. All have different goals, different hobbies, and different hopes about what life will look like after this limbo period.

All of these men have been stripped of their identities – previous livelihoods that they now must consider to pursue, overcome, or perhaps transcend. Their journey with each other is certainly heartfelt and emotional, and is a great centerpiece of the film. Through their conversations, we see how they place themselves in the world, which unfortunately reflects pretty badly on western countries. As one of them remarks, “They put us out here in the middle of nowhere to try and break us. We are single and male – the least important.” As such, the film encourages viewers to consider their own part in the refugee crisis, whether that be how they support it, engage with it, or even see it. On a more basic level, ‘Limbo’ reminds us that, yes, the refugee crisis does still exist.

Overall, ‘Limbo’ is an extraordinary film that poignantly illustrates the modern refugee experience in a new way. Superficially, it depicts that waiting, limbo period between escaping one’s country and waiting for asylum. The film has a likable dead-pan humor, though it can be slow at times. Notably, its visual style is quite striking, with a cinematic style that feels reminiscent of Wes Anderson. ‘Limbo’ is now playing in theaters around the world.