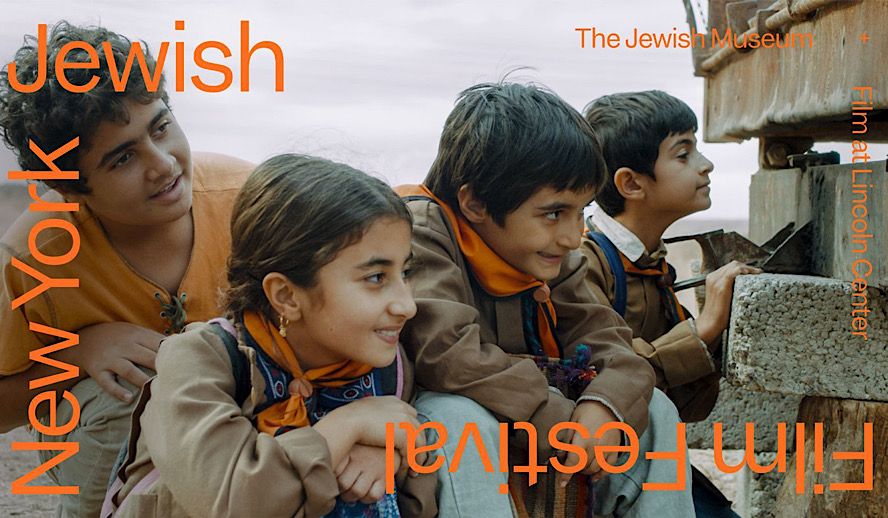 In a time that can feel hateful and divided, it’s important to celebrate all the different ways of being. Stories permeate every culture, every religion, every person that inhabits the planet. And since you’re reading the Hollywood Insider reviews section, I’m assuming you connect to these tales the same way that I do, which is through films.

From January 12 through the 25th, the New York Jewish Film Festival had its 31st annual event hosted by New York’s Jewish Museum and Film at Lincoln Center.

It is easy to reduce an ethnicity to one part of the world, but the truth is that the world is a very big place. And because of the diaspora, Jewish people come from all over. According to The Office Of The Arts, the New York Jewish Film Festival (NYJFF for a much-needed abbreviation) has presented films from over 43 different countries. Chair of the NYJFF Selection Committee Rachel Channoff wrote, “In its inclusive reach, diversity of content, and depth of exploration, it [NYJFF] both provides a platform for and helps to define the Jewish contribution to world cinema. This contribution is an evolving conversation about what it means to be Jewish at this moment in time, about our past, and about what our collective future holds.”

Over 11,000 people from around the world come to the Walter Reade Theater every January to enjoy a variety of productions from both established and emerging filmmakers. Because of Covid, the festival was offered in hybrid form, meaning some screenings took place in person while others were available for streaming.

The lineup of this year’s presentation tells Jewish stories that incorporate the vastness of the culture: taking audiences from Syrian border villages to Paris to Cuba and beyond.

In the past two weeks, 24 features and 9 shorts premiered at the 2022 Festival. Many of the filmmakers were in attendance and were able to not only introduce their work, but also participate in a Q&A post-screening. “Special sidebar selections by influential filmmakers, archival prints, and rarely seen films from the vaults of Jewish cinematic history root this forward-thinking festival in the past, and an array of public and educational programs create space for a richer conversation about the art of film, expanding the festival experience,” said The Office Of The Arts.

The opening film and a highlight of the event was ‘Neighbours’, a story taking place on the border of Syria and Turkey in 1980. It is told from the perspective of Sero, a six-year-old boy whose new teacher focuses their curriculum on Syrian nationalism and antisemitism. His lessons conflict with what Sero feels though, since the last Jews in the village happen to be his neighbors who love Sero as their own.

The little boy must confront the harmful tropes he learns in school with the deep affection he feels for people he has known his whole life. “With dialogue in Kurdish, Arabic, and Hebrew, ‘Neighbours’ stages complicated historical events in a way that is both heartbreaking and revealing — only children are still able to move through the world without fully understanding it, able to see who is kind and who is harsh,” reviewed Jewish Telegraphic Agency reporter Julia Gergely.

Director Mano Khalil incorporates his own experiences as a Kurdish Syrian refugee and draws parallels to the contemporary refugee crisis. Khalil told The Guardian, “As a Kurdish refugee from Syria, I’ve been made to feel as though I am only a number. But refugees are like you: they have children, they cry, they laugh. They are human beings. How can you love your own child but hate the child of your neighbor? Thousands and millions of people need help. We have to find a solution.”

The centerpiece film already had some critical acclaim as it was the winner of Best Canadian Film at the 2021 Vancouver International Film Festival (VIFF). ‘Sin La Habana’ focuses on a young couple, a salsa dance instructor named Leo and his lawyer girlfriend Sara, who dreams of escaping Cuba by any means necessary. Lonely Iranian-Jewish tourist Nasim falls into their plot as she is seduced by Leo’s charm and invites him back to Montreal. “The film is a visual feast: the stunning cinematography captures the vibrant heat and colors of Cuba in sun-drenched scenes and pulsing rhythms, and the chill grey and the white blowing snow of a Montreal winter,” review VIFF.

Acting as the writer, director, and composer, Kaveh Nabatian created a thoughtful portrayal of cross-cultural relationships. According to Jewish Telegraphic Agency, it is described as, “ A beautiful film that is both artistic and raw, told in English, Spanish and Farsi, “Sin La Habana” is a nuanced exploration of the impacts of migration and resettlement.”

Despite what might be implied by being a centerpiece of a Jewish Film Festival, if you don’t listen closely you could almost miss that Nasim is Jewish. In an interview with The Times Of Israel, Director of NYJFF Aviva Weintraub discussed what the festival looks for thematically in their films. ‘Sin La Habana’ was not necessarily focused on Judaism, but it still is a story connected to the culture. Weintraub said, “Our feeling is that if it is done in a meaningful way, and the character’s identity is somehow in line with a Jewish identity, either religiously or not, this is all very interesting to us.”

The festival closed on a film by Aurélie Saada feature directorial debut titled ‘Rose’. The titular protagonist is a Parisian, 78-year-old matriarch. After being suddenly widowed by her loving husband of 50 years, Rose must learn to pursue her desires while ignoring the societal pressure to “act her age”. Played by iconic French actress Françoise Fabian, ‘Rose’ is a reminder that life is too short to adhere to ageist and sexist stereotypes.

“It’s a directing achievement, really, because you feel like you are with this character as she navigates life and its different situations. You connect with her as she changes ideas about herself. And that’s what life is like; you never know what’s coming next,” said Weintraub.

It’s a feel-good story that although some reviewers didn’t necessarily kvetch, was a fan favorite for audiences. “Saada mixes generous dollops of Sephardic color (the protagonist has Tunisian origins) together with heapings of Yiddishkeit that raise the spirits and clearly connect to the director’s upbringing,” reviewed Variety.

Other Standouts And Final Thoughts

While there were only three narrative films discussed thus far, there were several stand-out projects featured in the festival. This includes the documentary ‘Shtetlers’ which focuses on the small communities in eastern Europe that survived up until the collapse of the Soviet Union despite all other shtetls having all but disappeared.

‘The Lost Films Of Nuremberg’ restored vintage film clips gathered after WWII combined with interviews with contemporary scholars for a documentary that brings up the questions still posed by the catastrophic events.

In a hybrid of documentary and fiction comes the film ‘The Death of Cinema and My Father Too’, a meta-narrative about a filmmaker and his dying father. Although it is not a comedy, the film has numerous moments of intelligent humor and warmth. These are just a few of the 33 films selected to represent a year’s worth of culturally significant stories.

Antisemitic crime rates of gone up significantly in the recent past, according to Anti-Defamation League’s annual Audit of Antisemitic Incidents, “2019 and 2020 were, respectively, the highest and third-highest years on record for cases of harassment, vandalism, and assault against Jews in the United States since tracking began in 1979.” In a time filled with so much hate, it’s that much more important to love. Film festivals are a wonderful way of bringing communities together to celebrate a rich history and cultural experience. Even if you aren’t Jewish there is still something for every fan of cinema, because it’s truly storytelling that brings us as humans all together.