‘King Richard’: Will Smith is Captivating in This Riveting Sports Drama 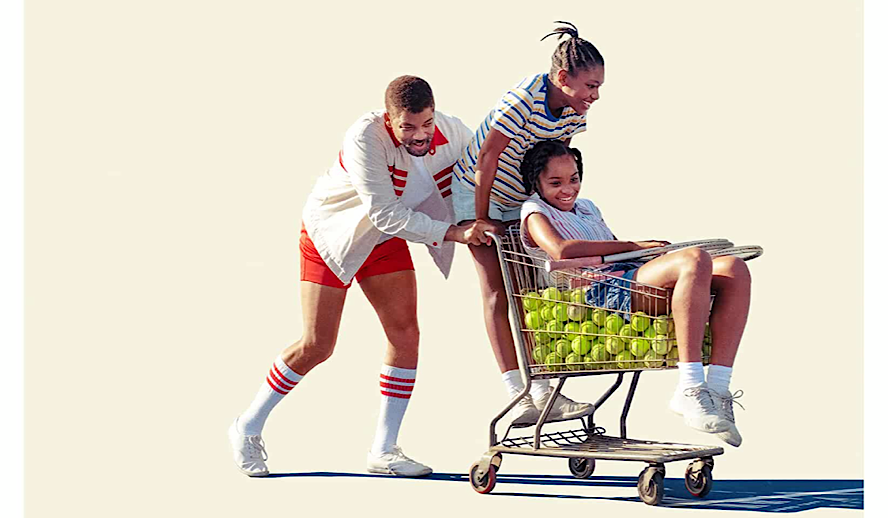 In the midst of the end-of-the-year awards show push, where studios rush to put out all of their Oscar-bait movies in time for awards season, ‘King Richard’ comes tailor-made for Oscar voters everywhere. Biopic? Check. Feel-good drama? Check? An A-list actor going all-in and giving a great performance? Check. This film has everything that the general movie-going public could want. But the general likeability and that comes with a movie like ‘King Richard’, does it hold its own in the crowded field of awards season movies? The answer is yes, and it’s a film that feels perfect for the holiday season. As sports biopics go, it focuses on an interesting subject that’s worth paying attention to, and it’s a great showcase for Will Smith as well.

‘King Richard’ follows Will Smith as Richard Williams, the father of acclaimed athletes and best tennis players in the world, Serena Williams and Venus Williams (Demi Singleton and Saniyya Sidney). Focusing on kick-starting their careers, Richard works every day to ensure his two daughters can achieve greatness, whether it’s by training them on the court or driving around California to find them a coach. Living in Compton, Richard worries about keeping his daughters off the streets, which he does by keeping them focused on tennis. As he does his best to help his daughters achieve greatness, he gradually begins to see that success. But as his daughters gain more attention, Richard’s ego and unorthodox decision-making surrounds him in controversy, and his control over his daughter’s career comes into question.

A Powerful Performance From Will Smith

As the main focus of the film, Will Smith honestly kills it. Nobody has ever questioned his dramatic acting; His serious performances in movies like ‘The Pursuit of Happyness’ and ‘Ali’ have always been critically acclaimed, and given his star power it’s no secret that he can act. And ‘King Richard’ is further proof at how effective Smith can be as the centerpiece of a film. Here, he melts into the role of Richard Williams, speaking with a different cadence in his voice and rocking the greying chin-beard that looks pretty spot-on to the real Richard Williams. His acting is truly something else, and his performance alone is a good enough reason to see the film. The marketing for this movie focuses a lot on Smith, and after viewing it, it’s easy to see why.

A Lot of credit also belongs to the film’s writer, Zach Baylin, who decided to paint Richard Williams as more than just a man with high hopes for his daughters. Richard is a complicated man who was a controversial figure when his daughters first rose to fame. He has an ex-wife and other multiple kids that he’s fathered before Venus and Serena, and part of me was worried how the film would address his personal shortcomings. But luckily enough, they do acknowledge it and they address it as a problem between Richard and his wife Oracene (played by the great Aunjanue Ellis), and a big part of the former’s shortcomings. A biopic wouldn’t be done right if it didn’t focus on the person’s shortcomings (I’m looking at you, ‘The Greatest Showman’), and ‘King Richard’ does so in a way that adds to the drama and still feels natural).

The Heart of it All: Family

But even with a focus on the rough aspects of Richard Williams, the main focus is still family, and that’s what makes this so effective as a sports film. Richard never pushes his daughters too far (although his neighbors might disagree), and he always makes sure to care for them before their career first. When his coaches want to push them further into the professional tennis world with tournaments and brand deals, Richard shoots it all down, making sure his girls do well in school and have fun first. The contrast between him is evident and it makes him a more enigmatic figure that’s so enjoyable to watch. The real Richard was very loving as well despite the public’s disdain of him, with the end credits of the film showing real-life footage of Williams with a young Serena and Venus on the courts. The footage makes the character feel that much more real, as well as give proof to how well Smith really does in the lead role.

‘King Richard’ hones in on Richard Williams and his set-in-stone plan to get his daughters to the top, and watching his questionable calls and erratic behavior to follow this plan make it that much more interesting to watch. The main focus between the two sisters is Venus, who gains the attention of and impresses tennis coach Paul Cohen (played by Tony Goldwyn). Cohen takes Venus and trains her to be elite, but even with more attention put on her, Serena still never feels left out of the movie. With training from Rick Macci (played by Jon Bernthal, a killer actor as always) and push from her father, Serena’s journey still feels just as important as Venus’. We still learn a lot about Serena and her dynamic with her father, and that’s because of ‘King Richard’s emphasis on keeping family together. The message sticks, and it makes the film that much more profound.

In the end, ‘King Richard’ is an effective drama that capitalizes on the global recognition of the Williams sisters, as well as a really well-acted performance from Will Smith, to create a sports biopic that feels refreshing. Quite often, sports films usually focus only on the player that’s rising to the top because that’s where all the action is. It’s interesting to instead see this film focus on the man who coached the tennis legends, flaws and all. Venus and Serena Williams, who both executive produced this project, decided to show all aspects of their dad, and this tribute to the man who helped shape them just oozes the love and affection that the sisters were going for. This is the definition of a feel-good movie, while also being a great sports biopic, and with Thanksgiving around the corner, ‘King Richard’ is definitely an affair for the family.

‘King Richard’ is available now in theaters or on HBO Max.