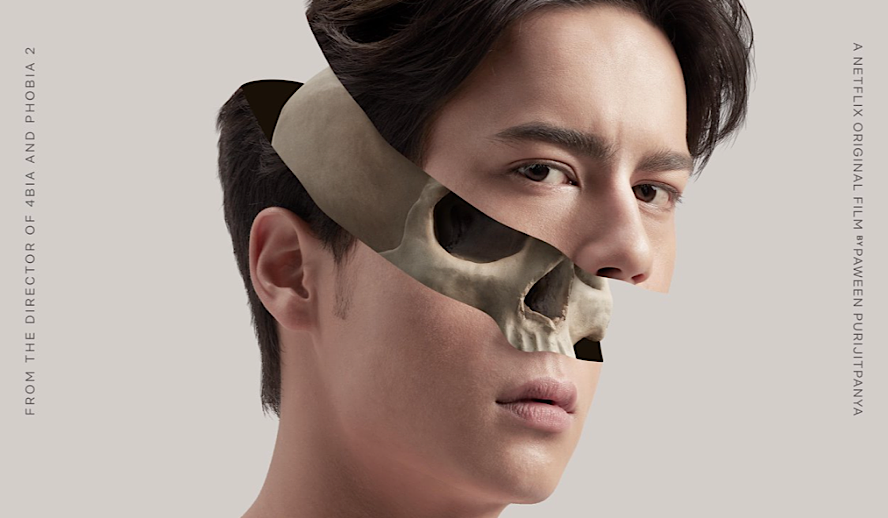 ‘Ghost Lab’ is Netflix’s newest release, hailing from Thai writer and director Paween Purijitpanya. The horror thriller succeeds in being a great contender for your next weekend movie night – for being entertaining, shocking, and emotional all in one. While the film is mature in its sometimes graphic scenes, ‘Ghost Lab’ is pretty palatable for all audiences.

The conceit of ‘Ghost Lab’ is simple. Two doctors, Wee and Arjong, have a shared experience where they witness a ghostly spirit in their presence. As professionals trained in science, they decide to logically prove that ghosts exist. To do this, they conduct interviews, experiences, and tests to hopefully connect with the afterlife.

Something interesting in ‘Ghost Lab’ is that it truly seeks to explain ghosts in a deep, exploratory manner. Throughout the film, we see Wee and Arjong building lore and bible for the different types of ghosts they believe exist. For example, some are physical, while others simply manifest in energy and temperature fluctuations. At the same time, they are asking philosophical questions on the existence of ghosts and why they would or would not return to Earth.

Why are some ghosts able to show themselves, while others can’t? What gives a ghost the power to manifest in the first place – is it vengeance, a need for closure? Do ghosts even want to be found – or are more concerned with moving on peacefully to the next life? This dedication to expanding a quite simple definition of what a “ghost” is definitely sets ‘Ghost Lab apart from other films. Yes, it’s trying to be thrilling and entertaining for 2 hours, but it’s also trying to pick your brain.

This seems to be a similar trend in International Asian films – ‘Ghost Lab’ itself hailing from Thailand talent. Much like the Korean film ‘Train to Busan’ elevated the zombie war genre, ‘Ghost Lab’ attempts to do the same with the paranormal activity, Horror genre. And like ‘Train to Busan,’ in addition to doing that in intellectual, philosophical ways, ‘Ghost Lab’ also experiments with how ghosts look. Sometimes, they are loving and comforting. But other times, they are grotesque and inhuman. Either way, it’s clear that the film’s uniqueness comes from the fact that it isn’t from classic Hollywood creators, but talent across the sea. If you’re looking for a film trying to stretch the boundaries, ‘Ghost Lab’ is definitely a project to check out.

At the center of ‘Ghost Lab’ are protagonists Dr. Wee (Thanapob Leeratanakachorn) and Dr. Arjong (Paris Intarakomalyasut), two best friends and surgeons at a Thai hospital. There, they interact with the dead on a nearly daily basis, while going about their normal duties. But it’s also where Wee’s mom resides – comatose on a hospital bed for nearly 8 years. For both of them, whether it be for the long working hours or personal connections, the hospital is home. And because of that, they also function as a sort of found family for the other.

On the surface, Arjong and Wee are simply great counterparts to the other. As frequently sparring best friends, their playful relationship makes them both quite likable – forming a great basis for entertainment in ‘Ghost Lab’. Ideologically, however, they could not be more different. To put it in context, they are like a contemporary version of Mulder and Scully from ‘The X Files.’ Arjong firmly believes in ghosts, after a seminal incident as a child where he saw his father’s ghost, while Wee is the practical, non-believer. However, they are ultimately both brought together to investigate the existence of paranormal activity after finally having a shared ghost experience.

Even still – it’s interesting to see how they approach the task differently, with Arjong approaching it more spiritually and Wee more analytically. Eventually, no matter the method, they both end up being dangerously obsessive in proving the existence of ghosts, even putting their own lives at risk. As collaborators, they must balance the want to succeed in their endeavors with their own mental health and friendship.

Overall, ‘Ghost Lab’ flourishes in this relationship, which is fun on the surface but ends up having deeper, emotional layers. Throughout the film, Wee and Arjong’s friendship is tested as they grapple with loss, death, and the fear of the beyond. By the end of the film, this playful, boy-like relationship has grown into something powerful and connective.

The Film Itself – Worth the Watch?

Overall, ‘Ghost Lab’ would make a great weekend watch for someone looking for thrills and chills. The film is scary and eerie, dealing with death and the unknown, but ultimately it is a very fun ride. Again, the friendship between Wee and Arjong is a particular highlight, but the set pieces and experiment scenes are quite exciting and adventurous as well. In a sense, it’s content that’s easy to watch.

‘Ghost Lab’ also tries to be more than just a fun film. It’s even safe to say that it tries to genre shift throughout the film – meaning that in a way, it covers all bases. While it’s got humor, fun, even romance – it has deeper themes as well. These genre shifts don’t feel unnatural either, instead feeling built into the narrative. For example, about halfway through the film, there is an extreme plot twist that ups the stakes of their project considerably. Without giving away any spoilers, the film definitely becomes far more serious and gripping at this midway shift – less fun and boisterous for sure. So, rest assured that this isn’t just another Netflix“quantity over quantity” film. ‘Ghost Lab’ is trying to be different – trying to stand out from the bunch.

All in all, the plot is engaging and the characters are fun to follow. The cinematography and visuals are also excellent – with great acting to accompany its aesthetics. And why not immerse yourself in the aesthetics of a different culture and support international filmmaking – in this case, creators from Thailand? There really is no huge downside to checking out ‘Ghost Lab’ – and you’ll probably walk away glad you did.

‘Ghost Lab’ is now streaming on Netflix and is available with both English subtitles and dubbing.