‘Gensan Punch’: A Boxer with a Prosthetic Leg Strives for Greatness 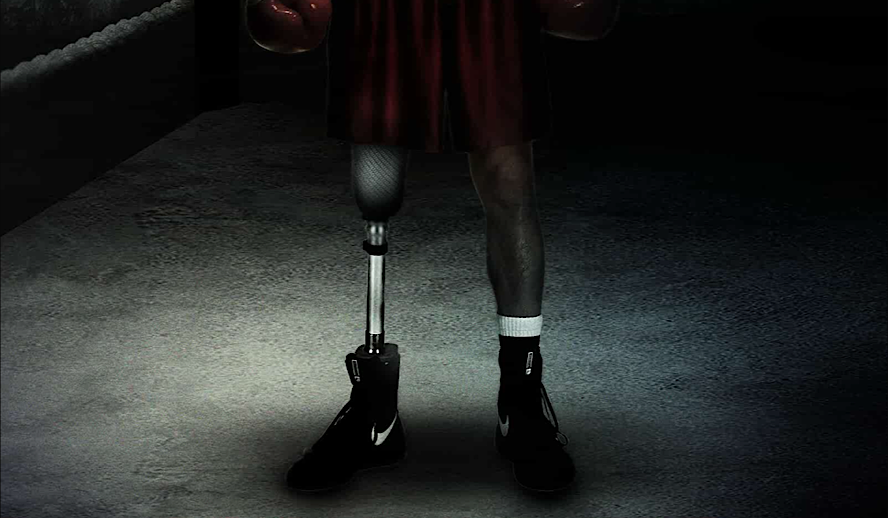 Boxing and the Art of Overcoming Adversity

A bit of a tangent, but for all of HBO Max’s virtues (and there are many), it’s not well-equipped for original programming that’s also subtitled. I watched Ryusuke Hamaguchi’s ‘Drive My Car’ a few weeks ago on HBO Max, and not only were the subtitles not turned on by default, but the subtitles themselves were — suboptimal. The movie itself was great, but the experience was hampered slightly, and the same can be said for ‘Gensan Punch’, a Filipino production.

I’m not familiar with Brillante Mendoza, director of ‘Gensan Punch’, but apparently he’s one of the more prominent Filipino directors to hit the international circuit, being the first to win Best Director at the Cannes Film Festival. As such, Mendoza’s talent is not without precedent, and indeed, the strongest aspect of ‘Gensan Punch’ is its direction, which seems rooted more in realism than wanting to achieve a “cinematic” effect. The film is both a boxing movie and a biopic, concerning the life of a disabled Japanese boxer named Nao Tsuyama (played by Shogen) at a time when he is trying to get a license as a professional boxer.

For some reason, boxing has a long and honorable track record in Cinema, from ‘Rocky’ to ‘Raging Bull’ to ‘Creed’, a position may be only rivaled by baseball. Sports movies are usually not my thing, but boxing is so inherently visceral, and physically trying for its participants, that a mediocre boxing movie is still fairly gripping; it’s also an individualistic sport, not a team effort, so it’s always about a particular character overcoming adversity. In the case of ‘Gensan Punch’, Nao has the problem of his right leg being a prosthetic below the knee.

An Old Story Told in a Fresh Way

Now, I don’t think ‘Gensan Punch’ will win any awards for originality, nor will it get any for a particularly sharp script. The screenplay, penned by Honeylyn Joy Alipio, falls pretty neatly into a three-act structure, from Nao being rejected for his boxing license to his being well into his training at a Filipino gym, with only one fellow Japanese boxer. I was disappointed somewhat by the lack of a fish-out-of-water narrative with Nao, who not only gets along well with his Filipino colleagues (they all communicate with each other in English), but he doesn’t seem to suffer any bouts of homesickness. Of course, Nao being something of an expat breathes new life into the gym, as is often the case when outsiders enter an established scene (thinking about how many of the great “American” directors in the 1930s and ‘40s were European immigrants). There’s an implicit message about how a talented person (even just a decent person) can come from anywhere, both because of Nao’s outsider status and his disability, but I feel like the script could have taken more advantage of this.

Where the film really excels is in the acting and directing. As with Mendoza, I’m not familiar with Shogen, and apparently, he doesn’t have many movie roles under his belt; ‘Gensan Punch’ is one of his few lead roles. Despite my initial skepticism, Shogen does a pretty good job as a man who is as fearless as he is ultimately vulnerable. Special mention must also go to Ronnie Lazaro as Rudy, the Filipino gym coach whose intentions with Nao are always good, even if his actions don’t always align with Nao’s wishes.

The heart of the conflict is that even though Nao is clearly a boxer with a lot of potentials, officials see his prosthetic leg as a safety hazard, if not an outright hindrance; not only does Nao have to win a certain number of matches consecutively to be viable for his license, but he has to convince the officials that his leg won’t be too much of a liability. Admirably, the film doesn’t lean too hard on Nao’s angst regarding his disability, rather delving into the real-life consequences that such a disability in a sport like boxing (where people without disabilities can suffer concussions — or worse) would invoke.

What really holds the film together, though, is Mendoza’s direction; just from watching ‘Gensan Punch’, which admittedly is not spectacular by any means, I can see how Mendoza could have won Best Director at Cannes. Had ‘Gensan Punch’ been directed more like a conventional sports movie, a la ‘Remember the Titans’, it would have bugged me to no end; I know such movies have their purpose, but I have no patience for “inspirational” sports movies.

However, the style of ‘Gensan Punch’ could be considered almost akin to that of a documentary, with shots often being a little shaky, a little unfocused, with the dirt and sweat of boxing matches really being shown on-camera. It helps that the boxing matches themselves don’t rely on flashy choreography and obviously fake punches, instead aiming for a grimy realism that makes you feel as if every match could actually put Nao in the hospital. ‘Gensan Punch’ would be almost unbearable in practice, if not for its sense of grit.

More (and Better) Movies About Disabilities

‘Gensan Punch’ is by no means a bad movie, but it still feels rather minor; it doesn’t help that despite the 105-minute runtime, the movie is really only 93 minutes long if you discount the inexplicably protracted end credits. We get a snapshot of a man who wants to join the professionals, only halted by something out of his control, but we aren’t granted a great deal of insight into his struggles. What separates ‘Gensan Punch’, a perfectly fine movie, from a masterpiece like ‘Raging Bull’ (aside from the obvious, like Martin Scorsese’s pristine touch on the latter)? When I watch ‘Raging Bull’, I understand Jake LaMotta, even though the film depicts him as a grotesque figure; I get the impression that every aspect of ‘Raging Bull’, from the script to the (amazing) cinematography, works deliberately in tandem with everything else to give us a fully human experience. ‘Gensan Punch’, meanwhile, meets us about halfway, if not quite that.

The problem I often encounter with movies (sports-related or otherwise) about people with disabilities is that we’re usually not given a sense of interiority with the subject — the person with the disability being objectified in a non-sexual way to some extent. There are exceptions, of course. ‘Sound of Metal’, with its award-worthy performance by Riz Ahmed, works so well in no small part because we’re stuck inside the head of Ahmed’s character, following him step by step as he comes to terms with his hearing loss. As someone with a rather pronounced disability myself (namely near-blindness), I subconsciously look for film subjects with similar conditions to mine, and am often quietly disappointed when Hollywood does what it always does — which is to say it sands off the edges for milquetoast liberals who need never worry about being disabled, or queer, or poor. A movie like ‘Gensan Punch’ is fine short-term, but we can do better than this.

‘Gensan Punch’ is currently available to stream on HBO Max.