‘Encounter’: Riz Ahmed, Fatherhood, and the Depth of Paranoia 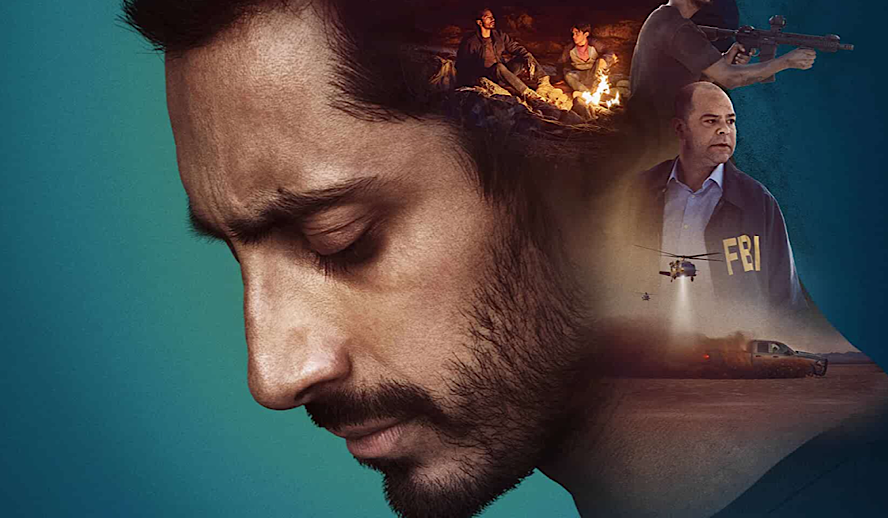 A Man in Primal Fear: “Nothing Bad’s Gonna Happen to You When I’m Around”

The beginning of ‘Encounter’ depicts a fallen comet that seemingly carries a parasitic microorganism on planet Earth, integrating an imperceptible, ‘Invasion of the Body Snatchers’-esque virus that is covertly sweeping the general population. At least, this is what we know from the POV of our protagonist Malik Khan, played by Riz Ahmed, an accomplished U.S. Marine who is seemingly involved in research of this secretive apocalyptic ‘bug’ problem.

Khan is a father to two young boys – Jay and Bobby – though he is seemingly transient in their life due to this private mission. One night, Malik appears and coaxes Jay and Bobby from their beds to a late-night road trip; from Malik’s perspective, the race against these viral alien bugs has apparently reached an alarming peak (even as far as potentially infecting the boys’ mother), and it is time to cut his losses and evacuate his family from the impending threat

Opening with the tension-filled promise of any respectable action thriller, ‘Encounter’ finds solace in the conflict that comes from interpersonal relationships, trust, and paranoia. With Riz Ahmed at the center giving a nuanced performance of fear and fatherhood all in one, as well as Lucian-River Chauhan and Aditya Geddada as his realistically written and performed children-in-tow, the main characters provide a compelling platform for this setup.

“Families Take Care of Each Other, Is That Clear?”

After Ahmed’s recent work like ‘Rogue One’ and the Award-winning ‘Sound of Metal’, I’m less surprised about his character acting sensibilities and more intrigued by the subtle differences between his various roles. While the allure of a typecast comes easy, Ahmed showcases an affinity for creating an impression in the details, that emerges from dialogue and expression rather than from the written word.

There is so much interaction between Ahmed and Lucian-River Chauhan, who plays the oldest son, Jay. Within their dialogue, the true character of Malik Khan unravels and explores the contours of his behavior through the lens of the child that is closest to him, and whose only reference is the source of both his comfort and his confusion. Their relationship plays such a role in the emotional point of contention, and Chauhan is mature in his portrayal of Jay. His balance of uncertainty and courageousness for his father makes for a satisfying pairing with the well-meaning, protective but increasingly unhinged characterization chosen by Ahmed for Malik. When do you have to question the behavior of the person that you are supposed to trust the most? What do you do with the answer?

Aditya Geddada plays the younger son, Bobby, and is pretty cute, and simultaneously effective as comedic relief and source of frustration. Octavia Spencer supports the cast as Hattie Hayes, Khan’s parole officer, rounding out the edges of the film that don’t include the main trio. Though Spencer is as capable as one would expect, her character inadvertently highlights the latent weak spots in this film: outside of Ahmed’s more complicated depictions of paranoia, the other perspectives are emblematic of the shallow concept development. In subtly shifting from sci-fi to drama, ‘Encounter’ undermines the rich and enticing premise that draws you in during the first half of the film.

‘Encounter’ – Visualizing Paranoia: Michael Pearce is a Director With Style

‘Encounter’ defied so many thematic expectations: the title and basic setup prepare you for your typical family sci-fi thriller, but then submerges you into a Cinematic environment that is far more somber and psychological. The weight of this film rests in its well-developed exploration of the relationship between Malik and his sons, specifically his older son, but warps in the center due to a twist that feels – in some ways – noncommittal. This isn’t to say that the narrative itself doesn’t follow through – and I’m the last to insist that a film explicitly spell out the status of its ending – but there’s something at the heart of ‘Encounter’ that didn’t completely follow through to me, leaving all of the most intriguing philosophical ideas to wither away at the end of the film despite packing an emotional punch. In attempting to subvert expectations, the climax overshoots itself and loses steam long before the credits roll.

Regardless of the plot, ‘Encounter’ is not just stylistically competent but enticing. The cinematography is thoughtful, leering over a pitch-black barren Nevada desert, or scanning over a crop of bugs creeping across a surface, or catching the focus of a glassy, shifting gaze.

These visuals work in tandem with an uneasy score – even the small moments of horror were more effective than many modern blockbusters of the genre – and I would say that the atmosphere is a large part of what makes the overall concept work so well; director Michael Pearce clearly has a unique artistic touch, and the way this film looks does wonders for making this film evocative and memorable. While ‘Encounter’ muddles as the story goes on, the stellar performances and tonal, alluring cinematography are enough to bring worthy attention to this contemplative sci-fi drama hybrid.

Fans of the actors can look forward to a number of anticipated projects. Riz Ahmed is set to star in a modern adaptation of ‘Hamlet’ written by Michael Lesslie that is currently in pre-production. Octavia Spencer is set to appear in ‘Spirited’ with Ryan Reynolds and Will Ferrell, a musical version of the classic Charles Dickens tale, ‘A Christmas Carol’, expected to release in 2022.