Jennifer Hudson’s ‘Respect’: A Distasteful Ode to The Queen of Soul Lacking Of Its Titular Virtue 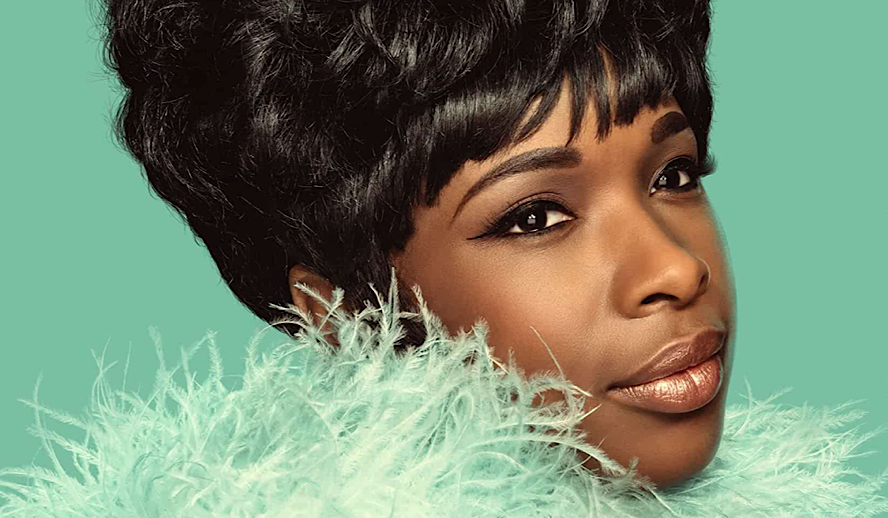 Be it ‘Get on Up’ (2014), ‘Straight Outta Compton’ (2015), ‘Bohemian Rhapsody’ (2018), ‘Rocketman’ (2019), or ‘Stardust’ (2020), it is safe to assume audiences have developed a firm grasp of the musical biopic formula in recent years. Cast an actor with a vague resemblance, lavishly accessorize with outlandish hair/clothes/make-up, read a few Wikipedia pages about the musician’s life story (make sure to include the foregone descent into substance-fueled self-destruction), and then slap the name of their most famous song on the script and call it a day. That said, there remains a fleeting potential for greatness in this field, but these outings have sadly proven outliers in the grand scheme of the genre.

‘Amadeus’ (1984), ‘Walk the Line’ (2005), and ‘I’m Not There’ (2007) all amounted to masterful send-ups of their respective figures, not just eulogizing their titanic legacies but meaningfully contributing to them. Sadly, the latest musical biopic fresh off the conveyor belt could by no means be mistaken for the latter categorization, and although it limps its way through the typical aforementioned conventions, Liesl Tommy’s ‘Respect’ (2021) winds up falling even lower than its predecessors due to a nonsensical screenplay riddled with tonal inconsistencies, performances that range from campy to incoherent, and a shocking scarcity of respect for the beloved icon at its center.

Plans for an Aretha Franklin biopic have long-gestated in the film industry, cycling through various stages of development but never finding enough footing to leave eager fans with anything more than trepidatious anticipation. But after news broke that Franklin had handpicked ‘American Idol’ (2002-2021) star Jennifer Hudson to portray her in the film, the project finally began to matriculate on the Hollywood horizon. Aretha had planned to maintain an active role in the film’s production to ensure its austerity and authenticity, but the legendary singer tragically died in 2018 before the project could emerge from its infancy. The biopic fatefully trudged on nonetheless, matriculating into the profusely misguided ‘Respect’, which not only fails to capture Franklin in her complete ineffable glory but additionally etches a distressingly unempowering narrative about the performer’s life.

Throughout any portion of the film not filled by Hudson’s silken serenades, ‘Respect’ amounts to little more than an uninspired trudge through loosely connected moments of Franklin’s early career. Little is established in the way of character, instead choosing to establish shallow outlines of unremarkable figures on Aretha’s path to fame (all but completely glossed over in the film). One may actually learn more about the singer’s life by listening to her albums than watching the film as it simply never manages to figure out how to get out of its own way when it comes to personifying Aretha or fleshing out the world that she operated within.

Even more upsetting is the lack of dynamism afforded to Aretha throughout the story, demobilizing her as a passive observer and nervous wreck instead of the persevering spirit she truly was. Aretha’s life is plagued by abhorrent abuse from her both father, husband, and the world of music itself, but rather than blaming the horrible men responsible, the film dumbfoundingly blames Aretha’s own “demons” for all of the wrongs that she is forced to confront. She is given little-to-no agency in the face of her adversities, resigned to a tearful ballad or wavering vibrato rather than mobilizing against the evil that rapidly strangles her as the film progresses. As soon as she does she finally does shed the malignant forces in her life, Aretha immediately wakes up an impudent alcoholic with absolutely no set-up or explanation.

Time and time again, Aretha’s childhood trauma is treated as the root of her issues in the present, completely belittling all that she was forced to overcome as a Black woman entering into a dolefully unfriendly world. The death of her mother is used as a confusing throughline across the piece, flashing in and out of the narrative without affording any actual pay-off by the film’s conclusion As for her childhood pregnancy, the film constructs a largely fictional narrative profusely refuted by Aretha and those who knew her throughout her life, upsettingly composing a deranged dreamlike jumpscare-of sort that feels shamelessly exploitative. All of these faults ultimately obscure any semblance of the Franklin the world knew and loved, squandering what had long been one of Hollywood’s most anticipated biographies.

After winning Best Supporting Actress in 2006 for her role in ‘Dreamgirls’, Hudson has been forced to weather a tumultuous stretch of emphatically disappointing productions. With films like ‘The Three Stooges’ (2012), ‘Sandy Wexler’ (2017), and the catastrophic ‘Cats’ (2019) floundering both critically and commercially, some began to wonder if Hudson’s mesmerizing debut was little more than a resounding fluke. But after the announcement she would be bringing to life the Queen of Soul, many fans rejoiced in the hopes that Hudson would once again dazzle audiences with her rapturous presence and world-class vocals. Lucky for all parties involved, Hudson is indeed terrific in the lead performance, doing all that is in her power to keep the movie watchable through even its darkest of stretches.

Renditions of “I Never Loved a Man (The Way I Love You)”, “Respect”, “(You Make Me Feel Like) A Natural Woman”, “Think”, and “Amazing Grace” all absolutely stunning, Hudson offering glimmering glimpses into the impactful tribute the film could have been had it jettisoned all elements beside herself and focused on the resonance of each moment rather than the number of unnecessary trivia facts it appeared hellbent to cram in each frame. Her mother and father are played serviceably by Audra McDonald and Forest Whitaker, the former committing to the performance a bit more than the latter although far from the best or worst factors in their respective scenes. ‘Scary Movie’ (2000) actor Marlon Wayans is woefully miscast as Franklin’s loathsome first husband, cheesing up every line of dialogue by inflicting an unnaturally self-serious monotone sure to grind on one’s nerves the second he pops up on the screen. Other performances from Mary J. Blige, Marc Maron, and Tituss Burgess are interesting in their own right yet underutilized and ill-served by the lackluster script.

Final Credits Better Than Anything That Came Before

After two-and-a-half hours, ‘Respect’ winds to a close, fading to black as the director’s name flashes on the screen. Just as audiences are about to leave their seats, however, an unfamiliar voice comes over the speaker system – Aretha Franklin herself performing “Natural Woman” at the Kennedy Center Honors Ceremony. The performance, now forever immortalized due to the sheer bliss with which she threw her fur coat to the stage in one of the most memorable moments of the past decade, serves as an immaculate reminder that Franklin was one of the most important figures of the past 50 years and a touching an encapsulation of her beauty, talent, and power.

For those who sit around long enough to be ensnared by the glorious performance, they are sure to find themselves left speechless in a puddle of surreptitious tears. While these tears will be shed largely due to the sheer grandeur of the Queen at work, one or two of them may come from the realization that such a remarkable person could be immortalized by such an unremarkable film with so little personality.