Netflix Acquires ‘Moesha’ and other 90’s Black Sitcoms, and There’s Something for Everyone 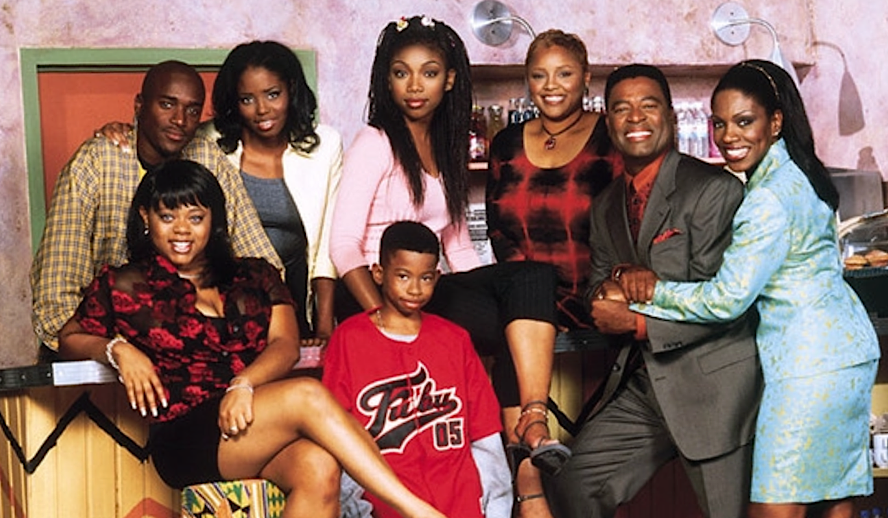 Netflix recently made the jump to finally acquire classic 90’s Black sitcoms, and fans are going crazy. A tweet by Strong Black Lead, Netflix’s twitter dedicated solely for uplifting Black actors who score leads on the streaming mammoth, shook the internet. And for good reason too, as millennial fans on social media have been begging for a way to watch their childhood favorites on their favorite streaming platforms. This is a big win for Netflix, especially while our society is at the crossroads of quarantine boredom and Black liberation. The seven shows are being released in waves, and with the whole family stuck in the house, there’s truly something for everyone.

Time to pop bottles??
The following classic shows are coming to @Netflix (US)

To celebrate, here’s a message from your faves: pic.twitter.com/zohNPEo0rz

Moesha is a heartfelt sitcom chock full of iconic characters played by stars, like Ray Jay, Yvette Wilson, and starring as Moesha, Brandy Norwood, the 90’s grammy award-winning megastar who’s still releasing music in 2020. The show tackles essential but often difficult themes, like teen pregnancy, family disruption, and the nuance of coming of age while being black in LA. Although many will be watching Moesha for nostalgia, the show still holds up decently in 2020 for first-time watchers. For teens looking for something new to watch this quarantine, Moesha is an oldy but a goody. Despite the looming Moesha curse, a superstition that suggests the death of Merlin Santana, Yvette Wilson, Bernie Mac, Lamont Bently is due to their appearance on the show, Moesha is something old but absolutely suited for teens looking for something new.

In this spinoff of the early 2000’s show Girlfriends (see below), a group of wives and best friends navigate family complexities and friend drama, all wrapped up in witty comedic writing. In 2011, The Game made history by garnering 7.7 million views for the season four pilot, making it “the most-watched sitcom premiere in cable TV history,” according to The Washington Post. The show features Tia Mowry (also known for the hit show Sister Sister) and Brandy Norwood from, that’s right, Moesha. It’s so powerful that successful Black actors and actresses found new homes in new successful projects. Spinoffs and special guests were the cornerstones of some of our most culturally treasured sitcoms, and to be able to access a sleuth of these shows is like a dream come true.

America has a soft spot for twins, and Sister, Sister is the perfect show to bring you back to that childhood fascination. Starring famous twin sisters Tia and Tamera, Sister, Sister was one of many post-Cosby Show depictions of complex and positive Black families. Separated at birth, Tia and Tamera learn of their sisterhood as teenagers. This show is fun for the whole family, for both parents who remember watching the show when they were younger, and for kids who can still see themselves in the colorfully distinctive characters. Tia and Tamera are still household names, with Tamera only recently leaving her highly successful role in The Real, and Tia still working as a successful actress. The most powerful thing about shows like Sister, Sister finding their way on Netflix, is the ripple effect that audience members often take when they binge show by actors or actresses prominent in their childhood; they find even more shows to watch now that they’re yearning for nostalgia.

Starring Traci Ellis Ross, Girlfriends follows four different women and observes how their bond prevails through trial and tribulation. A youthful comedy, the show’s binge worthiness is only matched by its gripping themes and compelling subject matter. Everything from children, to career development, to marriage and sex, all told by Black women in the freedom of their own conversation. Some have compared the show to another early 2000’s classic, Sex and the City, as  Girlfriends’ wit, charisma, and themes parallel the far more recognized TV show. But Girlfriends differs in its ability to raise difficult questions and deliver. Well, except for the now infamous season eight cliffhanger, as the show was not renewed for a ninth season. Although it potentially lacks closure, for women that love girl talk, you’ll adore Girlfriends.

Starring Oscar Award-winning actress Mo’Nique, The Parkers is a spinoff of Moesha, following best friend Kimberly Ann Parker as she navigates college and the next phases of her life. The show is hilarious; the mother and daughter dynamic is something quite stellar to see the actors play off, constantly finding new levels to lean into. Although it’s a spinoff from a completely different show, The Parkers holds its own. If you’ve already watched Moesha and haven’t seen this show, you’re seriously missing out! Netflix acquiring such a bulk of black 90’s TV shows was the right move. Had Netflix only obtained The Parkers without Moesha or vice versa, it would feel like a piece was missing from your viewing experience – these shows are truly a matching set.

Half & Half: Coming October 15

Half sisters Dee and Mona are sharing the same apartment building and consistently get into discrepancies. Staring Essence Atkins and Rachel True, this tale of two sisters in Half & Half is a seamlessly hilarious comedy. The writing flows without being corny, it feels like real life. The characters are lovable, and one can quickly grow attached to them. A few characters from the hit Living Single also find their way into the series, and seeing the familiar faces and characters is a pleasure that only strengthens your bond with the show. If you like comedy in intimate, close moments, then you’ll adore Half & Half.

One on One: Coming October 15

When Arnaz Bernard’s daughter moves in with him, he’s forced to become a much bigger father figure than he expected. The title One on One is a play on the father’s job as a sportscaster, but also a hint at how the Arnaz and Breanna’s (played by Robert Ri’chard and Kyla Pratt respectively) relationship will change over time with this dichotomy. The comedy is natural and flows without forcefulness. The acting is fluid and close to real life. In fact, when watching the show, sometimes it doesn’t even seem like a show, more like you’re peering through the blinds, watching a story unfold. If you like natural comedy and father-daughter dynamics, you’ll adore One on One, and really every show Netflix has planned for release. I know fans already have the release dates of their favorite shows on their calendars, but in the meantime, watch Moesha if you’re just in the mood to scratch the 90’s comedic itch!