Have you heard of Cariol Horne? Her story is of a good police officer being fired for saving a Black man’s life. Several weeks ago, Hollywood Insider published an article with the headline “Good Cop Stephen Mader Fired For REFUSING to Shoot A Black Person”. These two stories are eerily similar as they are both good police officers that were terminated from their career due to actually prioritizing “protect and serve”. The only difference here is that Cariol is still waiting for justice 12 years later.

Sign this petition so that Officer Cariol Horne can receive justice – even though it is 12 years later: Petition for Horne

Cariol Horne was one year away from receiving her pension when she was wrongfully fired from the Buffalo Police Department in New York. Horne was fired from preventing another officer from using a chokehold on a suspect. White officer Gregory Kwiatkowski attempted to grab the suspect, a Black man named Neal Mack, in a chokehold when Horne decided to step in. Horne jumped on Kwiatkowski’s back to prevent him from further hurting the suspect. After an investigation she was terminated in 2008, just a year shy of her 20th year in the service. It is the stories like that of Cariol Horne that raises so many questions of our police and justice systems. There is a deep-rooted systemic corruption that continues to plague our nation. What happens when an officer stands up to the system? They are fired and silenced. Not anymore. Buffalo now calls for a further investigation into Horne’s case to see if she can get the justice she deserved 12 years ago.

How Cariole Horne Stopping Violence Turned Into A Termination

In 2006, Cariol Horne and Gregory Kwiatkowski responded to a call. What Horne did not know was that this call would change her life forever. During the arrest of Neal Mack, Officer Kwiatkowski attempted to get Mack in a chokehold. Horne intervened and stopped the situation escalating from a simple arrest to a murder. Cariol Horne saved Neal Mack’s life and prevented yet another tragedy at the hands of a white police officer. Officer Kwiatkowski punched Officer Horne for interfering and not allowing him to choke the Black man. (To provide context and since there are those that defend thug police officers, it might help to know that in 2018, Officer Kwiatkowski, the same officer that Horne prevented from harming Neal Mack, was sentenced to 4 months in prison for using unlawful and unreasonable force against 4 teenagers that were already under control. The incident from 2006 was not just a one-time thing, clearly this officer was already abusing his power many years earlier, and Officer Horne wanted to repair any damage that could have been done. She saw right through it, yet she was the one punished. Officer Kwiatkowski had also choked a fellow officer while ON duty and punched another officer while off duty. Do we see an issue here yet or perhaps given that Officer Kwiatkowski is white – we should say “the poor thing had anxiety” – NO! Officer Kwiatkowski is a criminal.)

When Buffalo police investigated the situation, Horne’s actions were deemed as “an extreme lack of professionalism” which is what the Buffalo News reported after Horne’s firing 2 years later in 2008. The police department claims that Horne’s behavior put all lives at risk that day, But Horne claims she never acted in malice towards her fellow police officer, only that she acted to save the life of Mr. Mack, which she did.

Related article: Good Cop Stephen Mader Fired For REFUSING to Shoot A Black Person – This is why the Black lives matter protests and movement are important to end systemic racism

Cariol Horne spent 19 years as a police officer, and had never shown anything but exemplary behavior. How is it possible that when a police officer recognizes mal intent in another officer, they are reprimanded for it? Why is our policing system so fragile that it cannot stand against those who wish to make it stronger? Cariol Horne was doing her job, she was protecting lives.

Horne had plenty of people that supported her in her actions to protect and serve. Co-chairman of the Buffalo affiliate of the Millions More Movement, Samuel Radford said, “She’s trying to help you, [Police brass] are going to punish you to have the audacity to do the right thing.” Radford’s statement sadly still rings true today. Officers that WANT to do the right thing, live in fear for their system is so broken and violent.

Today, 12 years after being fired, Cariol Horne continues to speak out about police brutality and her story. After getting fired in 2008, Horne had to work three jobs to support herself and her three sons. But this cannot be another story we let history sweep under the rug. The Buffalo city council of New York agrees. They are calling upon State Attorney General Letitia James to further investigate Cariol Horne’s case.

“Now with so much attention being on the present and what some officers have done negatively, it is very difficult for some people to move forward if we have not repaired the past,” Buffalo Common Council President Darius Pridgen told local NBC News journalist with WGRZ.

The Buffalo Common Council just recently passed some resolutions regarding police reform in the city, and they are hoping that having a new Attorney General look at the case of Cariol Horne, can bring to light some justice that ought to have been served all those years ago. 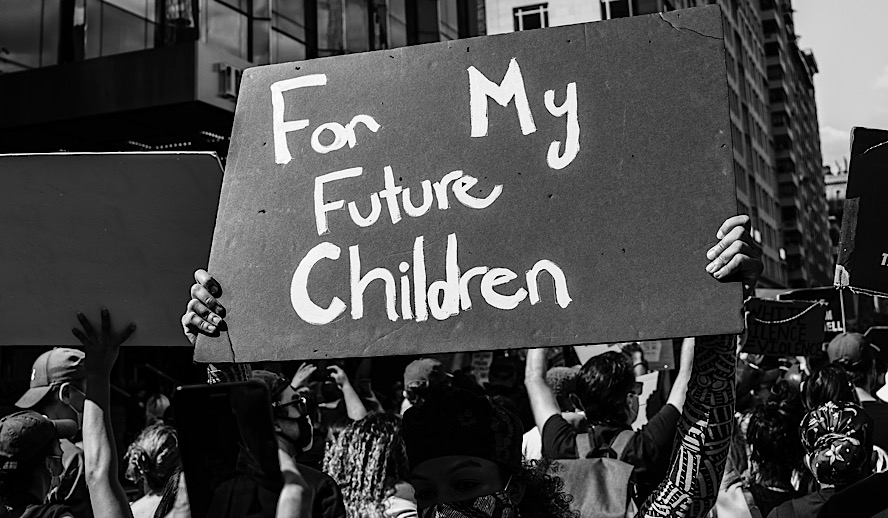 Mayor Byron Brown says that he already wrote a letter to the Attorney General at the time, requesting that Horne’s pension be reinstated, yet nothing could be done. Mayor Brown says Horne decided to go through a process where she was investigated and recommended to be fired, but it was not him making that decision. Regardless of whether or not Cariol Horne made the decision to get a further look at her case, can we all not understand why? Horne acted to save the life of Mr. Mack. Her fellow officer used excessive force with a chokehold, that most police officers in the nation are not officially authorized or trained to use.

The move to reinstate Horne’s pension is not a standalone case. Officers all over our nation are able to keep their jobs for using excessive force and acting out of pure hatred. Yet it is officers like Cariol Horne that lose an almost 20-year career for finally standing up to a broken policing system. A system that more often than not rewards bad behavior and twists good behavior to look like a horrible thing. Cariol Horne has said if she could do it all over, she would do the exact same thing. It’s a testament to her spirit and goodwill. The same spirit that guided her to stand up for a defenseless citizen in her city.

Until police reform is taken seriously we cannot move forward. Until we can stop seeing people like Cariol Horne being punished for doing what is right, we cannot move forward. It all starts with the system, and the police system in America is barely holding its own. We must be able to hold people accountable for abusing the power of their badge. To hold such power in an already racist and broken structure only further perpetuates the problems we see today. Police brutality HAS to be put to an end now.

This is Cariol Horne’s own words, “I no longer want my job back. However, I worked hard for my pension and was wrongly fired for doing my job — stopping the abuse of a man who couldn’t defend himself. Now Sgt. Kizzy Adonis in NY, is being bought up on charges for not stopping the chokehold that was put on Eric Garner which caused his death.  I STOPPED a chokehold and Neal Mack lives.  You can’t have it both ways New York.  #Damned if you do, Damned if you don’t. Buffalo PD allowed Kwiatkowski to continue on the force as a supervisor despite his several infractions, but released me without even one suspension on my record. Help me fight for justice and my kids’ future and tell New York State Comptroller Thomas P. DiNapoli to reinstate my pension and make a statement against injustice and corruption.”

If other police officers had the audacity to “protect and serve” like Officer Horne and Officer Mader, then probably Elijah McClain would be alive and still playing violin and spreading joy all over the world – then probably Breonna Taylor would continue to be an upstanding member of society – then probably Trayvon Martin would have grown up to live a full happy life. Today, we do not chant Neal Mack’s name during the protests because Officer Cariol Horne saved his precious life.

Sign this petition so that Officer Cariol Horne can receive justice – even though it is 12 years later: Petition for Horne