‘A Cop Movie’: Fact, Fiction, and the Pursuit of Justice in Mexico City 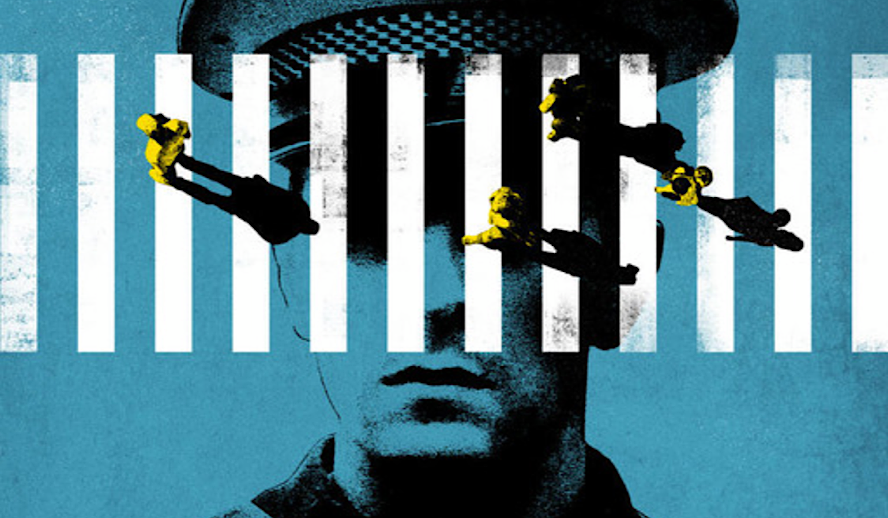 An Opening Image of Cophood: Teresa and Montoya

‘A Cop Movie’, a new venture in docu-fiction from Mexican director, Alonso Ruizpalacios, opens with a poem from the winner of the 3rd Regional Police Poetry Contest, Officer Daniel Alatorre: “you will hear the sirens singing closer and closer to you, pray that they are not singing this night for you.”

Beyond this prologue, we are first introduced to the main themes of this film through the vessel of Teresa (played by Mónica Del Carmen) who was inspired by the work of her father (but not by his encouragement) to eventually join the police force, now working for 17 years. From the very beginning, we are transplanted into the POV of not only Teresa as a person, but of her police car as it patrols; through the thick lens of her front window, beside the radiant red and blue flashing lights, shining with inherent power. Here we are, riding along with the big dogs.

But there is more to Teresa and her job, and she expands on this. Working in the police force is woven through her the fate of her family, but complicated by her womanhood. Her history shines a light on common instances of familial sexism, and the complex tenderness which underlies a relationship between father and daughter. She shows that even they – the blue-adorned perpetrators of the law – are not always wearing the mask of justice: sometimes they are playing the part of the daughter, the lover, or even, the citizen. Teresa is joined by Montoya (played by Raúl Briones), whose state of life is more starkly contrasted with a tough neighborhood, tough upbringing, and subsequently tough outlook on the world. He recalls his experience living in the hood, and this leads us to his exciting work on the police force.

Both Teresa and Montoya have tales of hardship and adversity to share, and are bonded together, both coming to be called “the love patrol”. Like those on the other side of their state-sanctioned wrath, they’ve both suffered their own crop of life-shifting circumstances, and are bound not only by their occupation but their life experience. However, there is far more to this duo than meets the eye.

‘A Cop Movie’ – A Change of Pace: The Power of Experience

Halfway through the course of this film, Ruizpalacios takes an artistic avenue that truly illuminates the thematic elements that felt muddled before: violence, identity, and expectation. ‘A Cop Movie’ combines the hyper-realistic imagery of pure fiction with the raw, painful reality of a job that sometimes seems so much more like wearing a costume than a uniform. With careful, pointed editing that slowly unravels the dramatic irony that beats at the center of this project, the purpose of this documentary becomes increasingly clear.

The imagery is ruminating, maintaining a measured, threatening pace of mundanity at the core of the Cinematic universe that Ruizpalacios, Del Carmen, and Raúl have crafted, as the police presence is to the rest of the community: ever-present and comforting despite a creeping sense of uncertainty. Both this stylistic and narrative immersion allows for a new type of commentary: one that is meaningfully – from both sides – experiential. Both Teresa (or Maria) and Montoya (or Raúl) are students of the conflict, and through a series of their own self-filmed, stream-of-consciousness accounts, they embody this dichotomy of justice versus violence. The performances of Del Carmen and Briones are impressive and multi-faceted, easily spanning the shifting tone of fiction versus reality. Teresa and Montoya feel like honest depictions – rather than ironic caricatures – of the ideas and experiences that Ruizpalacios is trying to portray in this project.

In many ways, this film considers the perspective of the police officer as a cultural symbol, daring to question their place in the ever-changing cultural zeitgeist. In this project, an identity that is synonymous with a murky perception of dominance gains startling clarity as a reflection of the civilians who fulfill the ‘expectations’ of this occupation. They have passion for their community, or for their livelihood. They see a world that needs help, and they are eager to take on this responsibility. They attend the police academy, training for all of the decisiveness required of them. What comes next may vary.

“Oh, You Are a Pig Now?”: Themes of Justice and Control

The conversation which surrounds the job of justice-keeper is often a question of corruption, of abuse of power, and of entitlement: in many situations, rightfully so. The position of the policeman is a bitter one, buried underneath the weight of human desensitization and hierarchical conditions. ‘A Cop Movie’, while enjoyable and articulate, sometimes slows under the weight of this sprawling topic. Instead, the step-by-step reveal of the plot structure acts as the tentpole underlying the entire operation.

There’s something symbolic in this idea that the lives of the police – whom we assume to see the grittiness of reality with more clarity than any other self-chosen occupation – are often just as embedded within the structure of the system as any other. This is the throughline that makes this film so meaningful: careful attention to the perpetrators of justice, the expectations that the systems they contribute to so often fall short of, and the impact this has on their behavior and perspective.

Fans of the performers can look forward to seeing them both in films coming soon, with Del Carmen set to star in the TV series ‘Implacables: Mexico’ and Briones set to appear in a film titled ‘El norte sobre el vacío’, which is currently in post-production.