‘The Addams Family’: Looking Back at the 1991 Take on the Best Creepy Family of All Time 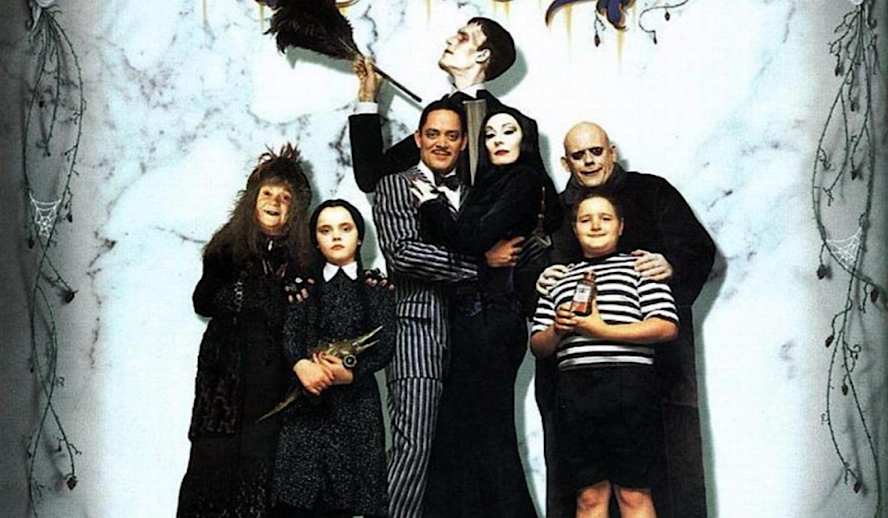 Every year as Halloween and the fall season comes around; there are a variety of classic films that make their recurring appearance in American households. One of these classics is ‘The Addams Family (1991),’ which, at the time, was a revival for the fictional family following the various television series and films featuring the family. The Addams family was initially created in 1938 by American cartoonist Charles Addams who was famous for the multiple cartoons he produced in his lifetime, which included the ‘The Addams Family’ single-panel cartoon featured in ‘The New Yorker.’

Still, viewers were not able to watch the Addams family come to the big screen until ABC decided to create the first television series, ‘The Addams Family.’ The award-winning television series lasted from 1964-1966 and featured a variety of famous actors and actresses at the time. Following the ending of the original television series, other networks would take on the challenge of making the odd family come to life which would result in NBC’s 1977 television movie Halloween special ‘Halloween with the New Addams Family.’ The television movie featured characters from the original series and offered viewers a glimpse back into what the Addams family was up to.

After the release of NBC’s 1977 television movie featuring the Addams family, we would next see the bizarre bunch in the 1991 version, ‘The Addams Family,’ which has remained a staple classic ever since. Though viewers had been able to witness the oddities of the Addams family before on television, the 1991 version would have people instantly falling in love with the family all over again, and it received several nominations and wins in awards because of it. ‘The Addams Family (1991)’ brought the family to a whole new generation of people and ultimately made them the iconic family they are known as today.

If you have never seen the 1991 film, you should check it out; then, I will give you a little recap. From the beginning of the film, we see the creepy and odd daily lives of the family, which in itself is extremely entertaining and bewildering. Still, the film features a storyline, of course, and it follows the arrival of a man the family thinks is the father’s, Gomez Addams (Raul Julia), long lost brother, Uncle Fester Addams (Christopher Lloyd). Throughout the film, viewers quickly find out that the man is in cahoots with another bad guy who is trying to obtain the Addams family’s wealth which almost works out but doesn’t, of course. No spoilers here, but it’s a pretty great story, and you should definitely check out.

As mentioned before, the film is full of weird things that usually aren’t really considered “normal.” In fact, just about every aspect of their lives is pretty opposite of what the average family or person probably sees as normal. Did I mention they have a living hand called “thing” that performs various duties around the house? The children of the family are adorable, but they’re also kind of scary as they partake in deadly activities and sometimes even try to kill each other. Gomez Addams and Morticia Addams (Anjelica Huston) could not be more in love, and their romance is shown throughout the film as well.

Gomez and Morticia are also excellent parents who are absolutely obsessed with their creepy children Wednesday Addams (Christina Ricci) and Pugsley Addams (Jimmy Workman). Overall, you can’t help but love the family as you watch their family values and morals shine through the odd stuff happening in the meantime. ‘The Addams Family (1991)’ has continued and remained a classic staple throughout the years, and it is definitely clear why. It also explains why we are still seeing the family featured in remakes and new film concepts today. One thing is for sure we the Addams family is not going anywhere any time soon.

The Addams Family Lives On

Following the 1991 film, the popularity of the Addams shined through several new television series and movies, such as the award-winning 1992 animated television series ‘The Addams Family,’ which featured the voice of the original 1964 Gomez Addams (John Astin). In 1993, viewers were able to see the award-winning ‘Addams Family Values’ featuring the same actors and actresses from the 1991 film; you should also check that film out as well. From 1998-1999 the Addams family would make another appearance in the award-winning ‘The New Addams Family,’ which consisted of an entirely new cast and was made up of sixty-five episodes.

As if all of these different versions and remakes weren’t enough to impress you about the Addams family history, fans were also able to watch the family on Broadway in the award-winning broadway production ‘The Addams Family.’ As you have probably heard recently, the family went animated again in the children’s films, including award-winning ‘The Addams Family’ released in 2019 and the recently released ‘The Addams Family 2,’ which was released on October 1, 2021. Overall, the Addams family has been featured in an extensive list of television series and films over the past decades, and obviously, that is not going to stop anytime soon.

As you begin watching your favorite Halloween classics this fall, be sure not to forget one of the best ‘The Addams Family (1991).’ We clearly could not pay homage to the film if we did not remember the life of Raul Julia, one of the best Gomez Addams of all time. Anjelica Huston does not have any upcoming roles or projects, but you can check out her most recent role in ‘The French Dispatch’ with Christoph Waltz, directed by Wes Anderson. Christina Ricci will next be seen in ‘The Matrix Resurrections’ with Keanu Reeves, directed by Lana Wachowski. Barry Sonnenfeld’s next project will be ‘Disenchanted’ starring Amy Adams.