‘All My Friends Are Dead’: The Perfect Polish Horror Film for a Saturday Movie Night 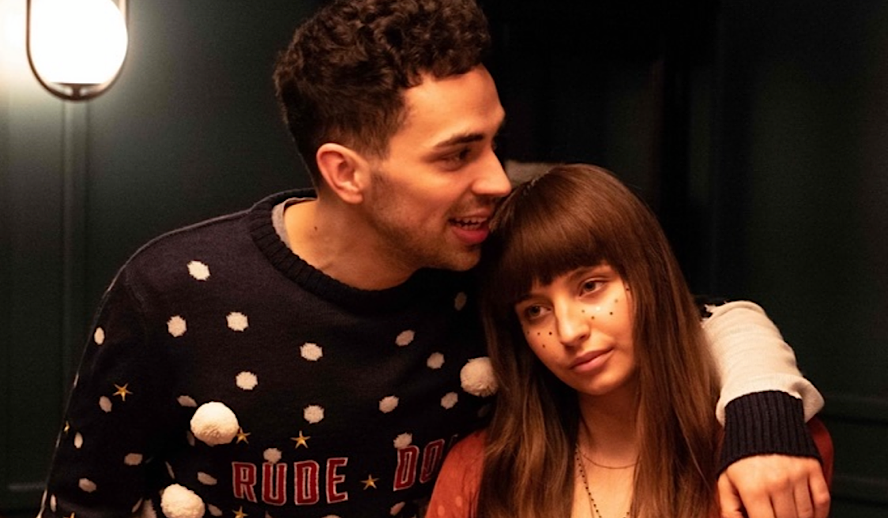 Photo: ‘All My Friends Are Dead’/Netflix

‘All My Friends Are Dead’ premiered on Netflix in early February 2021. Clocking in at just over ninety minutes, this Polish horror film uses its screen time very efficiently. From the colorful cast of characters to the comedic elements mixed in with the horror, this movie is certainly an entertaining watch that will leave you on the edge of your seat!

‘All My Friends Are Dead’ – The Characters Add a Fresh, Modern Twist

This film follows a few classic horror movie tropes, such as an ensemble cast of characters and a slow-burn plot that ultimately descends into a horrifyingly good time. The film follows a group of friends celebrating New Year’s Eve together when their own issues come together at a terrifying head. The characters feel fresh and modern, and the screenwriters take great care to flesh out each of their individual storylines. For example, Anastasia is the astrology-obsessed, pseudo-spiritual, crazy girl who winds up going off the rails when her boyfriend, Jordan, refuses to pay attention to her.

Another character, Jacques, is a French Mormon missionary on a trip to convert sinners when he becomes tied up in the chaos of the party. Lastly, my personal favorites are the two unnamed observers who spend the entire party smoking outside and watching the night degrade rapidly. Each character felt like a caricature version of a real-life person who we could encounter on the internet at any time. Every performance was over-the-top and so theatrical it was funny, which is kind of the point. The humorous nature of these characters and their backstories makes the ending massacre of the film hilarious instead of depressingly violent.

An Homage to Its Predecessors

That’s where the entertainment of this film really lies, in the fact that it doesn’t seem to take itself too seriously. It does an excellent job of bending genre, combining theatrical violence with humourous performances to create an entertaining disaster during the climax. Most of the film could be classified as a cheesy comedy, with one-liners and obvious comedic tropes thrown in for laughs. For example, two of the characters, Rafal and Robert, spend the entire film attempting to flirt their way into the bedroom with a host of different ladies. Their repeated failures are well-deserved, as they aren’t exactly the most adept at the art of seduction, but nonetheless hilarious to watch. They are just one example, however, of the various comedic stunts this wild cast of characters ends up pulling on each other. With the amount of graphic violence in the film, comedy feels extremely necessary. It changes the tone of the film from scary to lighthearted in a way that’s reminiscent of 1980s horror films: cheesy, but self-aware about its own cheesiness.

Now, without revealing any spoilers, I’d like to discuss the incredible plot twists that this film includes. The climax of the film is by far the most entertaining part, where we get to see the characters’ decisions throughout the movie come to a head. There’s so much action happening that incorporates aspects of each characters’ backstory while also revealing surprising, new information about each of them. The plot twists are absolutely golden; they take information that we previously didn’t know about the characters and craft it into witty, rising action points that ultimately increase the tension across the whole group.

Now, once again, without revealing any spoilers, I want to stress that this film has a very clever ending. It’s revealed in the first scene, upon which we see an investigator and detective at the gruesome party, that all the party-goers are massacred. We know from the get-go that the film doesn’t have a happy ending: everyone dies. This first scene haunts us as we go back in time to follow the characters over the course of the night to answer the question of how all this happened. We become attached to certain characters, people we feel are valid in their decision-making and likeable throughout the party. It’s disappointing to know that our favorites, along with our least-favorites all die in the end. But, the filmmakers throw yet another plot twist in at the very last minute, one that successfully wraps up the story and provides a surprising endpoint to a film we thought we had figured out. If you’re curious, I highly recommend taking ninety minutes to sit down and watch this film.

The last thing I’d like to mention is the soundtrack to this film, which helped to set the tone and fill the atmosphere for the entire duration of the film. Contrary to normal horror movies, ‘All My Friends Are Dead’ opted for a mostly rock’n’roll soundscape, which provided some lighthearted relief from the gore happening on screen. In the last moments of the climax, “House of the Rising Sun” by The Animals fills the air, coloring the scene with both nostalgia and finality. Normally, I don’t pay very close attention to soundtracks, but this film included such excellent rock’n’roll anthems, I figured it was worth a mention. The music in the film ultimately adds another layer to the story, meshing perfectly with both the violent and comedic elements. Though an unusual choice, the music captured the genre-bending nature of the film’s essence perfectly.

A Horrifying, Albeit Entertaining Good Time

Overall, ‘All My Friends Are Dead’ is a fresh take on the slow-burn horror genre that is grotesque, funny, but most of all, entertaining as ever to watch. This is the perfect film to put on with friends during a Saturday night get-together. The characters are so theatrical and over-the-top, it’s hard to look away. The ensemble ensures that there’s always something wildly entertaining happening on-screen at all times. The editing is extremely efficient, managing to squeeze everything into a short length. It has all the elements of a fun, dark comedy, with enough plot twists to keep you on the edge of your seat the entire time. Plus, it’s in Polish, so you can show off how “cultured” you are to all your English-speaking friends.