George Gershwin and Cinema: A Beautiful Friendship | A Tribute 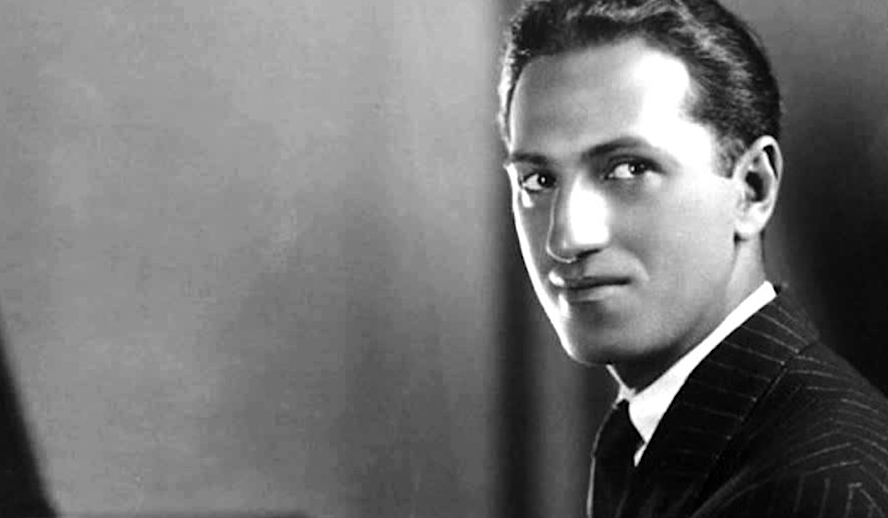 Last week, news dropped of a film inspired by the life and work of George Gershwin in the works, produced by Martin Scorsese and longtime producing partner Irwin Winkler titled ‘Fascinating Rhythm.’ It was also reported that John Carney will direct and co-write the film along with Chris Cluess. If you are unfamiliar with John Carney, watch ‘Once’ as soon as possible. The micro-budget Irish music film is a miracle of a movie. Made on a $100,000 budget with musicians turned actors, the film gave us the Oscar-winning song “Falling Slowly” and forever cemented Carney as someone who cares deeply about how musicians and music are presented on film. He followed it up with two other charming and inspiring music-centered films, ‘Begin Again’ and ‘Sing Street.’

‘Fascinating Rhythm’ is an original story described as follows: “a young woman’s magical journey through past and present New York City, inspired by the life and music of American composer George Gershwin.” Not necessarily called a biopic, the description is vague enough to spark curiosity and the auspices generate a definite excitement. Music biopics are notorious for being clichéd cookie cutter films, it’s refreshing that Gershwin will not get the same treatment.

George Gershwin is Immortalized by His Work

George Gershwin was born in 1898 in New York city to Ukrainian-Jewish parents. He started playing piano at age 10 and sold his first song for 50 cents at the age of 17. He composed “Rhapsody in Blue” in 1924, and “An American in Paris” (the orchestration not the film) while he was literally an American living in Paris in 1928. He and his brother Ira Gershwin collaborated on many Broadway musicals and he spent time in Hollywood where he wrote the score for the Astaire-Rogers musical ‘Shall We Dance.’ Unfortunately, he died tragically from a brain tumor in 1937 at the young age of 38. His orchestrations are a unique combination of his classical influences as well as popular jazz, leading to energetic and epic masterpieces.

Some of The Gershwin Brothers’ jazz standards include: “Someone to Watch Over Me,” “But Not For Me,” “The Man I Love,” “I Got Rhythm,” “‘S Wonderful,” and “They Can’t Take That Away From Me.” Gershwin’s passionate rhythms and shifting tempos feel cinematic in and of themselves, it’s no wonder the enormous influence they’ve had on film. Here’s a look back at some of the greatest Gershwin film moments.

‘An American in Paris’

Vincente Minnelli’s classic MGM musical ‘An American in Paris’ is by far the most iconic use of Gershwin’s music in film. Named and inspired by the orchestration itself, the film includes many other songs by the Gershwin brothers. “I Got Rhythm” was taken from the musical ‘Girl Crazy,’ but it is immortalized by Gene Kelly putting on a show for the little French kids on his block in the film.

The film’s dream ballet sequence is a close contender with another Kelly ballet sequence, that of ‘Singin’ in the Rain.’ The 17-minute dialogue-free sequence is immaculate and while it’s near impossible to say which dance sequence is better, this one has one essential thing that the other doesn’t: Gershwin. At some moments, it’s exquisitely traditional and at others drop-dead sexy, a feat only possible when set to Gershwin. It is one of the greatest dance as well as music moments in film history, a magic trick before our eyes, and the perfect climax to this escapist masterpiece.

Related article: A Tribute to Hans Zimmer: The Greatest Film Composer of the Modern Era

‘Funny Face’ is a good enough movie. Its already loose plot is very different from the Gershwins’ musical of the same name, however, the title song as well as a few others are preserved from the Gershwins’ work. It’s mostly eye candy, Audrey Hepburn and Paris are gorgeous co-stars in this light-hearted story of a bookish girl with a “funny face” who hesitantly becomes a model. Perhaps Hepburn’s best musical moment, the one that forever iconized the black loafer with white socks look, is when she dances her Bohemian jig in a Montmartre Café. The orchestration is a combination of the songs “Funny Face” and “How Long has This Been Going On.” It’s a wild mashup arranged by none other than Richard Rodgers, a fitting maestro to blend Gershwin’s sounds into something as free-spirited as Montmartre itself.

The only, and I repeat, the ONLY salvageable thing from Woody Allen’s ‘Manhattan’ is the wonderful opening sequence. The film’s namesake is presented to us in beautiful black and white: the Queensboro Bridge, the pyramids in The Met, inside a Broadway theatre, Central Park, a couple kissing on a rooftop, and finally fireworks over the skyline while Gershwin’s “Rhapsody in Blue” tingles our senses.

The sequence includes Allen’s character narrating a description of a man who idolizes the city that “pulsated to the great tunes of George Gershwin” affirming that “Rhapsody in Blue” is New York City. The rest of the film is also scored exclusively by Gershwin tunes; however, it is only in the opening that the audience is unaware of the uncomfortable 17-year-old girl 40- year-old man relationship at the center of the story. In that prelude, ‘Manhattan’ is simply about Manhattan and soundtracked accordingly

Gershwin’s film credits are endless, his IMDb credits are impossibly long for someone who died at the age of 38. If Carney’s film is a biopic in any form it wouldn’t be the first, neither is the phenomenon of naming films after Gershwin’s songs novel. A 1945 fictionalized version of Gershwin’s life hit the big screen as ‘Rhapsody in Blue’, and features all of the composer’s most popular songs. A 1987 precursor to ‘The Bodyguard’, ‘Someone to Watch Over Me’ tells the story of a cop who falls in love with the murder witness socialite he is assigned to protect and features the song it was named after.

Judy Garland’s performance of “Swanee” in a ‘A Star is Born’ is a memorable moment of star power. One of the most charming uses of Gershwin in modern times, “I Loves You, Porgy” and “The Man I Love” both sneak their way into Pawlikowski’s beautifully devastating jazz-filled 2018 love story ‘Cold War.’

This relationship between Gershwin’s music and the movies has been important in the history of film and will hopefully never diminish in the future. The news of ‘Fascinating Melody’ as well as his 10 credits in 2020 and 2021 alone promises that that is not likely.