‘TINA’ Celebrates the Life and Legacy of Artist Tina Turner 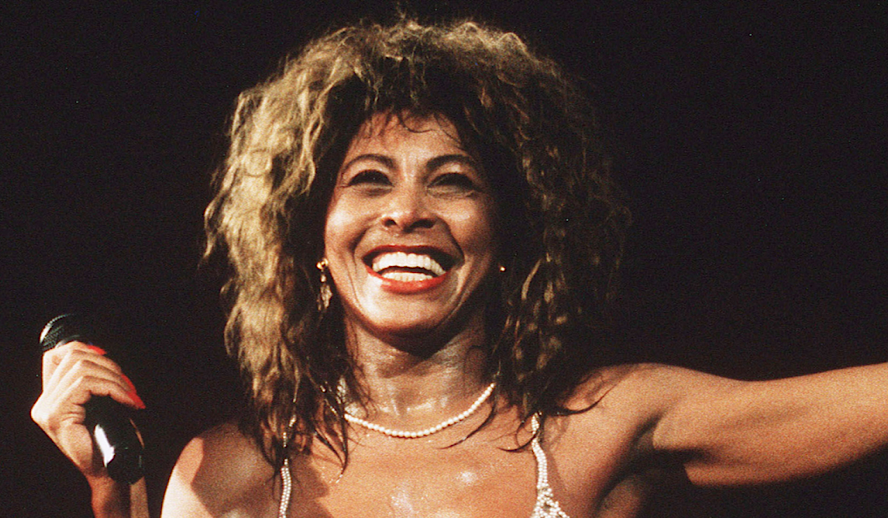 Everyone knows the lyrics, but do you know the story of the woman behind it? The new documentary, now streaming on HBO Max, explores the life of the iconic Tina Turner and simply ends with the statement that yes, love has everything to do with it. Love is at the center of the human experience and Tina’s takeaway from her long and illustrious career.

Related article: The Future of the Music Industry Revealed in ‘Billie Eilish: The World’s A Little Blurry’

The new HBO Documentary, directed by Dan Lindsay and T.J. Martin, delves into the captivating life of Tina Turner. Supported with interviews from Tina herself, Oprah Winfrey, Angela Bassett, Erwin Bach, and more, it seeks to tell Tina’s story through the confidantes around her. Because of this, the project has the feeling of comfort – a safe space for Tina to finally tell her story the way she wants it. Its intention is not to stir discussion or controversy, it is simply to honor her life and give her a chance to speak. Ultimately, the film succeeds in being an entertaining and enlightening look into what made the iconic star, from her upbringing, personal life, and musical career. With musical hits peppered throughout, the documentary thrills and enchants.

The documentary is split into five parts – Ike and Tina, Family, Comeback, The Story, and Love – with each one following a different chapter in Tina’s life. In the beginning, we learn of Tina’s relationship with the music artist Ike Turner, who she eventually married. While they enjoyed successes in the early beginning, Ike was an abusive partner who exploited her talent, bestowed on her the name “Tina,” and controlled every aspect of her life. Tina describes his harrowing transgressions throughout the documentary – describing herself as a young woman who felt loyalty to him, even when she no longer felt love. When Tina was able to finally leave Ike, the only asset she asked for in the divorce was her name.

And of course, she reclaimed it and made it her own.

As an interviewee says in the doc, “This wasn’t a comeback” after Tina’s divorce from Ike. “She had never arrived,” and this was simply her true debut. The rest of the documentary follows Turner’s journey into self-fulfillment and fame as a solo artist. It delves into her upbringing, which involved abandonment from her parents, instilling in her a deep sense of abandonment and unlovability that she carried into adulthood. As a now middle-aged artist, Tina had to reinvent her brand as a Rock artist, even going across the pond to make it big when US record companies didn’t want to sign her. She dived into work 24/7, sacrificing personal relationships and friendships to become “Tina Turner.

Right from the beginning of the film, in which we are introduced to Tina through concert performance, she hypnotizes the screen with her talent. Impressive and mesmerizing all at once, with a strong voice that just pierces, she’s a once-in-a-lifetime kind of star. Her audience ranges from 15 to 65, with one elderly concertgoer remarking how Tina’s music “makes him feel young again.” She’s beloved by all, and it’s abundantly clear why.

Tina Turner simply has pure, unrestrained talent. At different points in her life, she is held back by different people and obstacles, but when those roadblocks are cleared, there is no stopping her quick upshot into fame. A strong, independent woman and intelligent, ambitious woman, Tina’s story is one that should be admired by all.

Of course, this persona was borne out of pain and suffering. As Tina remarks in the beginning of the film, there were good times in her life, but they do not outweigh the bad. This heartbreaking sentiment is something that Tina says she has to accept, though she now leads her life with love and care. As the saying goes, “what doesn’t kill you makes you stronger,” and Tina is well and thriving today.

What this Doc Gifts Tina

Throughout the documentary, it is clear that Tina’s relationship with Ike is something that she was never truly able to transcend. She repeatedly is questioned about him throughout her career, even when she’s made it big on her own and they have been divorced for twenty-something years. If you can imagine how it would be for a survivor of domestic abuse to constantly be reminded of their abuser, Tina’s story is emblematic of that in the most public way. Desperate to give the story a rest, Tina had a biopic film starring Angela Bassett and a memoir written about her life in the 90s. Her wish was to put her entire history out in the world, so that it could be laid to rest.

Of course, these attempts only amplified Ike’s presence more, making it even harder for Tina to escape his shadow. What this HBO documentary provides for her, she says, is ultimate closure. She finally feels ready to tell her story in a way that doesn’t focus on her pain, but instead, how she has transcended it.

It’s also a great way for younger audiences to simply learn about her. As someone who didn’t know her music very well, I was completely captivated by Tina and thoroughly enjoyed following her journey. Her story of domestic abuse and confidence to speak out about it years before the #MeToo movement, in a time where it was even more unheard of for women to speak their truth, is truly inspiring and something that can certainly be looked at in a different context in 2021. She has certainly earned a new fan in me, as I am sure she would with anyone willing to give this documentary a watch.

This is a fresh, conclusive look at her life that lifelong fans will enjoy as well. With decades worth of footage, both public and personal, ‘Tina’ provides an all-telling story leaving no strings hanging. This is an emotional and empowering documentary that honors Tina well, and almost all audiences would be able to enjoy it, with the exception of some mature themes.

CREW: Directed and Written by Daniel Lindsay and T.J. Martin