‘The Way Down’ Is An Imperfect But Engaging Binge 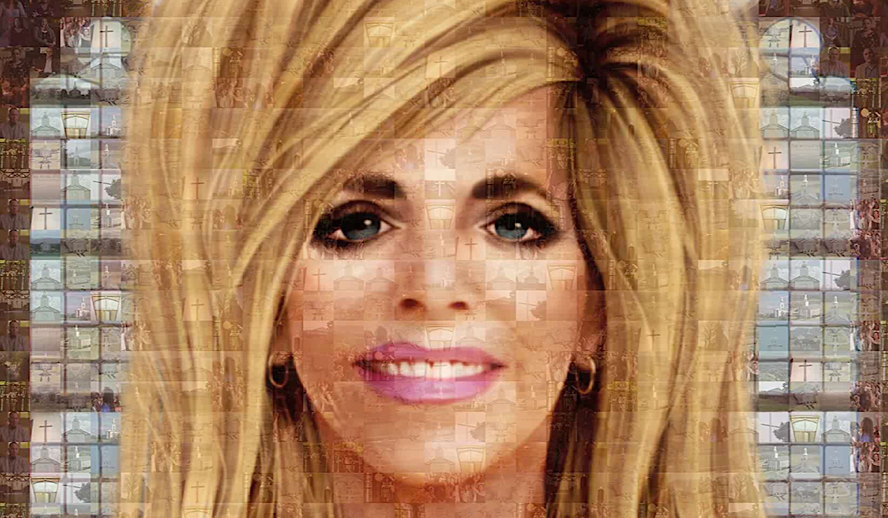 Photo: ‘The Way Down’

During the last few years, documentaries about murder and cults have been on the rise. From T-shirts that read “murder documentaries and chill” to people reacting to a documentary’s twists and turns on social media, these types of docuseries have been etching their way into mainstream culture for quite some time now. HBO Max’s ‘The Way Down: God, Greed, And The Cult Of Gwen Shamblin’ aims to be the next big documentary, one that will have people talking, such as big hits like ‘Tiger King’ and ‘Making a Murderer’. While the five-episode docuseries, with only three episodes being released as of now, aims to be the next big thing, it falls short by trying to pack too much in such little time.

‘The Way Down’ – So Many Ideas, So Little Time

The docuseries focuses on the Remnant Fellowship Church, a church turned cult. The church’s program, “the Weigh Down’, aimed to help followers lose weight through prayer, portion control, and forty-day fasting. This was all started by Gwen Shamblin, a woman with a big personality and even bigger hair. The documentary focuses on the rise of Shamblin, interviewing various former members of the church and showing various footage of Shamblin giving sermons. While this all gives the audience a clear look at who Shamblin is and what the Remnant Fellowship Church is, the documentary soon confuses the audience while trying to stir their reactions.

The docuseries tries to pack a lot into three episodes, doing a difficult balancing act of giving the audience information and trying to tell its story with as many twists as possible. It attempts to whip out reveals, new characters, and time jumps to shock the audience, similarly to what ‘Tiger King’ achieved with its cast of wild characters, which only lessens the tension and confuses the story. The story of the Wingerd family, whose daughter was married into the church, is stretched out for all three episodes but each episode rarely covers the story with the time it deserves, causing the audience to forget about it until it is randomly brought up again. On the other hand, big events like the murder of a child to the possible abuse of women are rushed over for the sake of moving on to the next big twist, often giving a feel of tonal whiplash.

The pacing of the docuseries is perhaps its biggest fault, trying to cover too much in so little time, making things seem either rushed or glossed over. It is as if the series took notes from how other big named docuseries are paced, with tension creating breaks and various “characters”. The problem is that what many of these series successfully did throughout eight to ten episodes, ‘The Way Down’ tries to achieve this within just three episodes (five if you count the two coming out this Spring). This leads to storylines feeling as rushed as a freeway and with some people getting more focus than others. This is especially an issue when dealing with the men who apparently had power in the church over Shamblin, an interesting idea about the misogyny of the church that is not focussed on enough to give the audience a concrete idea of the inside workings of the church. The series really would have benefitted with more episodes since this could have smoothed out a lot of the pacing issues.

The Bingeability of the Cult of Personality

Despite the pacing issues of ‘the Way Down’, it is hard not to tune into the next episode of the series. Part of this is due to the cult of personality appeal of Shamblin. Shamblin, like Joe Exoctic, is an engaging focus for audiences to watch. Shamblin can best be described as if a shrunken down Paula Deen joined forces with ‘the Righteous Gemstones’. While it could be easy to see Shamblin as just another funny character, the documentary doesn’t shy away from the disgusting viewpoints that she shared, like when she compared her fasting program to concentration camps to when she body shames her followers. Shamblin was not a good person, and the documentary doesn’t try to make you sympathize with her.

While Shamblin is an interesting figure to explore, the series will also keep people watching thanks to its interesting story. While the pacing does make some aspects rushed and even confusing, the docuseries does truly have it all from religion to murder to sexism. It is as if the docuseries covers everything that you would find on a list of modern docuseries tropes. This will surely please those who consider themselves fans of the cult docuseries. One could argue that documentaries about cults have their own cult following, no pun intended, and ‘the Way Down’, with its wild but true story, will please anyone who is part of the cult of cult docuseries.

The documentary takes an interesting turn with a pretty big reveal. On May 29 of this year, a plane crashed into Percy Priest Lake in Tennessee, killing its seven passengers, including Gwen Shamblin and her husband, Joe Lara. The third episode ends on this note, dropping a bomb and giving the audience hints of what is to come in the next two episodes. This makes one wonder how the last two episodes will play out, if they will either dive further into the storylines that were rushed in the first three episodes or if they will forget about them and just focus on the aftermath of Shamblin’s death. Either case will cause the next two episodes of the series to be an engaging watch for sure.

HBO Max’s ‘The Way Down: God, Greed, And The Cult Of Gwen Shamblin’ is an engaging but imperfect watch. The series aims to be the next big docuseries and does so by focusing on as many ideas, characters, and storylines as possible. With the series short run time though, it doesn’t give its vast material the proper material, often glancing through major events or unevenly focussing on some stories more than others. While the pacing leaves much to be desired, the documentary gives Shamblin the proper treatment by not glamorizing her success and by not treating her as just a wingnut funny character. She was not a good person and her ideas were dangerous. The documentary does not shy away from this, nor does it shy away from the darker material behind the Remnant Fellowship Church. With ‘The Way Down’s’ wild story and engaging focus, the docuseries will be a must-watch for any fan of cult documentaries.

‘The Way Down: God, Greed, And The Cult Of Gwen Shamblin’ is available to stream on HBO Max.