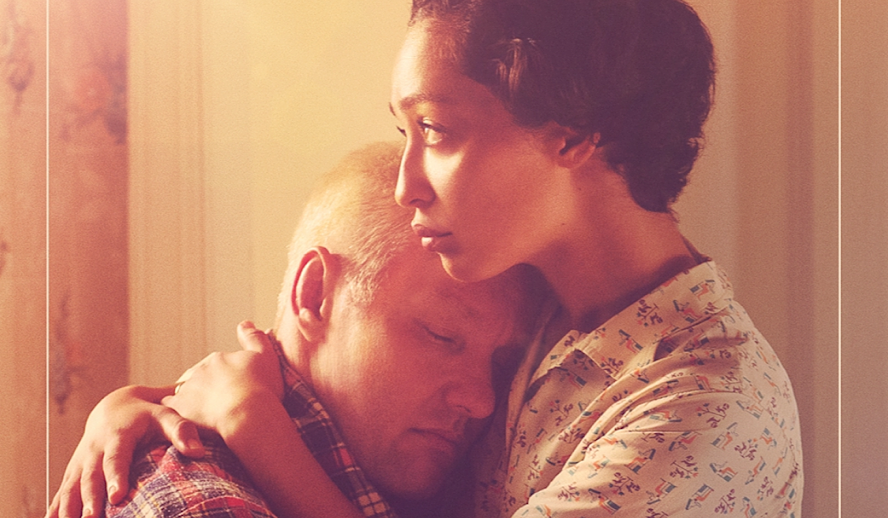 The words ‘critically acclaimed drama’ come with certain expectations. The usual Academy darling contenders promise intense plots with high stakes, weepy declarations of love, and the ‘Oscar speech’ that comes right after our tragic protagonist’s lowest point. You know the one; where the hero declares their bravery and self-worth to the world before taking it on and winning in an epic show of fireworks and triumphant orchestral score.

Jeff Nichols’s Loving contains none of those tropes and, frankly, it’s refreshing. The film, both written and directed by Nichols, swerves away from the more dramatic and well-known events of the Civil Rights movement to focus on Richard and Mildred Loving, a mixed-race couple who, after being exiled from their home in Virginia, had their marriage legalised by the Supreme Court in a landmark case. Ruth Negga, who played the media-shy Mildred, would go on to be nominated for Best Actress at the 2017 Academy Awards, with both leads being nominated at the 2017 Golden Globes, and the film being nominated for the Palme d‘Or at Cannes Film Festival in 2016.

Related article: One of the most beautiful love stories: ‘God’s Own Country’ is a Must Watch for Fans of ‘Call Me By Your Name’

A Historic Case Lost to History

Understated, introverted, and swapping out heightened drama for genuine characters and relationships, this film based on the 2011 HBO documentary The Loving Story tells the true tale behind the historic Loving v Washington case of 1967. The Supreme Court declared Virginia’s anti-miscegenation law unconstitutional, ending prohibitions on mixed-race marriages, which had driven Richard and Mildred from their homes and families for years. This déplacement caused Mildred, who was trapped in the city and desperately homesick, to write to U.S. Attorney General Robert F. Kennedy. He in turn referred her to the American Civil Liberties Union (ACLU), who took on the Lovings’ case.

The film’s subject matter is prime Oscar bait material, and the obvious take on this story would be to linger in the courts, dramatising every detail and filling the script with speeches about love and loss and liberty. This is (thankfully) not the direction Nichols took. Instead, this introspective film reflects the personalities of its two leads. Nichols remarked in an interview for PBS that he saw of a lot of his grandparents in the couple; “In Richard…I saw a man that was a working-class man that was unable to articulate his emotions and his frustrations but was really good at one thing which was working hard and providing for his family. And then in Mildred, I saw…that when you’re married to a man like that, you have to become the emotional voice of that couple.”

Perhaps the absence of the couple for most of their legal battle, with neither deciding to attend the historic Supreme Court trial, is one of the reasons this case, for all its importance, is not discussed in history classes as often as it perhaps should be. Nichols commented that this was “One of the greatest love stories in American History and I had no clue about it.” Mildred remarks in the movie that the Civil Rights March she’s watching on TV “might as well be halfway around the world”, for how separate she feels from this movement. These weren’t two Civil Rights activists taking on the world, and the film doesn’t try to make them so for the sake of heightened drama.

The Power of Quiet Performance

This story about a couple in love who only wish to return home owes much of its success to the masterful performances of its two leads; Joel Edgerton as Richard Loving and Ruth Negga as Mildred Loving. The real-life Lovings were quiet country-dwellers who are portrayed in the film as uncomfortable in front of an audience or cameras, although of the two Mildred seems to adapt better to the latter as the film progresses. The Australian-born actor and Ethiopian-Irish actress play the native Virginians beautifully, with Edgerton conveying more empathy and emotion in the single line “Tell the judge I love my wife” than any lengthy monologue could have.

Negga portrays two of the film’s biggest moments – the ACLU agreeing to take on their case and later winning that case in the Supreme Court – in a one-sided phone call, where the camera lingers on her face as she receives this news. Perhaps the film’s most powerful scene contains two repeated lines of dialogue; a husband who can’t take care of his wife trying to assure her (but really himself) that he can, and her simple answer of “I know.” This reflects a quote from the real-life Mildred Loving, who commented in an interview before her death in 2008 that “I miss him. He took care of me;” the last lines on screen before the film fades to black.

Why ‘Loving’ is Worth Loving

Loving is more than a biopic or a historical drama; at its heart, it’s a love story. While Hollywood has taught us that the best love stories contain all the conflict and misunderstandings and passionate kisses in the rain that can be crammed into a two-hour runtime, this quiet drama contains none of these and is all the better for it. Richard and Mildred Loving were a working-class country couple who weren’t setting out to change the world. They just wished to be together in their own home, raising their children in a loving and safe environment close to family and friends. These are stakes that any audience can identify with, no matter their nationality, race, or background. It gives Loving universal appeal as well as a place within an ever-relevant social movement.

Throughout the film, Nichols resists the temptation to make things bigger bolder but not necessarily better, and has masterfully directed his cast to do the same. The film reflects the personalities behind this quiet yet triumphant story. The clear affection between Richard and Mildred, depicted in the restrained performances of Edgerton and Negga, emphasise the story’s message of marriage being a constitutional right for all, no matter their background, and that no one should be punished for engaging the most human of all acts; love.

‘Loving’ is now available to view on Netflix.