Why It Matters That Rachel Zegler Wasn’t Invited to the Oscars: A Call for Increased Respect for Young Actresses 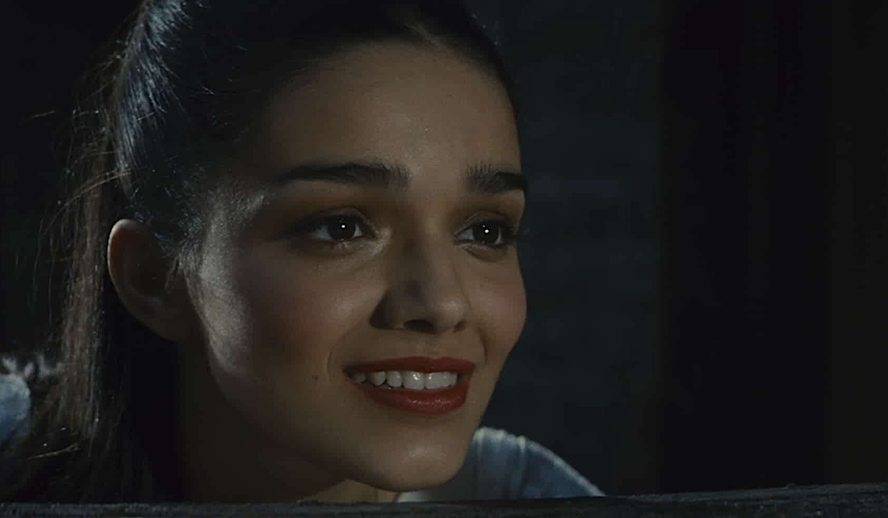 Stephen Spielberg’s 2021 remake of ‘West Side Story’ is packed full of breakout stars. As a musical, the film benefitted from bringing many actors directly from the stage. A cast with a background in musical theater means the acting, singing, and dancing will exceed expectations for a Hollywood movie musical. Many viewers were introduced to Mike Faist for the first time through ‘West Side Story’ and were blown away by his many talents; Ariana DeBose was nominated for a Tony Award long before her Oscar nomination. Even with the rest of the cast oozing talent, the biggest breakout star to come from ‘West Side Story’ was by far Rachel Zegler.

Rachel Zegler starred as Maria, a young Puerto Rican woman in New York who falls in love as soon as she meets Tony, the head of a rival gang. Theater fans may have heard of Rachel Zegler prior to her casting in ‘West Side Story’, as she had a social media following, posting covers of popular music as well as theater hits. Zegler was only sixteen when she was cast in ‘West Side Story’, chosen from tens of thousands of women who responded to Spielberg’s open casting call on Twitter. Going from playing Maria for a local community theater to playing Maria on the big screen and working with Steven Spielberg shot Zegler directly into the spotlight, gaining global acclaim overnight, but when invitations to the Academy Awards were sent out, she didn’t receive one.

On March 19, 2022, Zegler posted a series of photos on Instagram. In the (since removed) comments, a fan commented that they were excited to see what Zegler would be wearing to the Oscars. Zegler responded to the comment, writing “I’m not invited so sweatpants and my boyfriend’s flannel”. Fans were shocked that she hadn’t received an invitation. ‘West Side Story’ was nominated for seven Academy Awards; it was expected that the lead actress would be at the awards ceremony. Zegler later elaborated further that she attempted to secure an invitation but was unsuccessful, she thanked the public for their support but ultimately accepted that she would not be attending.

A pair of tickets to the Academy Awards are given to each nominee as well as each presenter. Additional tickets are given to each studio to distribute at the studios’ discretion. However, this isn’t to say that the Academy only invites the presenters and nominees, many A-listers who want to attend the ceremony are able to secure tickets. Although Covid restrictions limited the number of invitations sent out, it was widely expected that Zegler would make the cut.

The Power of the Public Voice

As soon as the public learned that Zegler was not invited to the Oscars, they began voicing their disappointment. There were a plethora of reasons to be upset that she was not included, first, she played a lead role in a nominated film, so her work should be recognized. Additionally, the Oscars pledged to be more inclusive following years of controversy regarding the lack of diversity in nominees and winners. Failure to invite Zegler, a Colombian actress in a film that tackles racism and immigration issues, was going against their goals of increased diversity. This same issue applies to the studio, which didn’t give any of their allotted tickets to Zegler.

These grievances were heard on social media. Zegler was flooded with support while The Academy was criticized and pushed to invite Zegler. Many celebrities and other nominees spoke in Zegler’s favor in addition to the overwhelming public support. Social media users called attention to the unique choices of presenters, including non-industry figures such as athletes Shaun White and Tony Hawk, questioning why they were prioritized over Zegler. The public outcry was effective, as days later on March 23 the Academy released a new slate of presenters, including Zegler, meaning she was receiving an invitation after all.

Why it Matters: A Need for Increased Respect in the Industry

It’s no secret that the entertainment industry is not a field of equal opportunity. There are exceptionally more roles for white actors, especially white men. Even when women and minority groups are represented, they are not given the same respect and recognition by the industry, especially regarding awards shows. When a film like ‘West Side Story’, with a diverse cast telling the story of immigrants, is not entirely recognized at the Oscars, it shows a continued lack of respect and thoughtfulness regarding the diversity of the attendees.

However, in Zegler’s case, this is not the only outstanding issue with the Academy overlooking her. In any industry, women have to work twice as hard to get the same respect as their male counterparts. This is even more prominent in young women, like Zegler who is only twenty years old. It is unfortunately unsurprising that people like Spielberg were recognized for work on ‘West Side Story’ while Zegler was ignored entirely. The film industry is hard to break into for any aspiring actor, but it seems that even a breakout role in a Spielberg and Disney blockbuster was not enough for Zegler to get the respect she deserves in the industry.

Whether it comes in the form of dismissing Taylor Swift as an immature artist who only sings about breakups or viewing shows like ‘Gossip Girl’ as lesser due to a primarily female cast and audience, women are dismissed frequently by critics and industry professionals. The entertainment industry is not, and never has been, kind to women. The playing field is far from even and that needs to change. There is no reason for actresses, female musicians, and other artists to be dismissed while men in the industry are praised for the same projects. The failure to invite Rachel Zegler to the Oscars was not an unfortunate oversight or coincidence, it’s a reflection of the complete lack of equality in the entertainment industry.