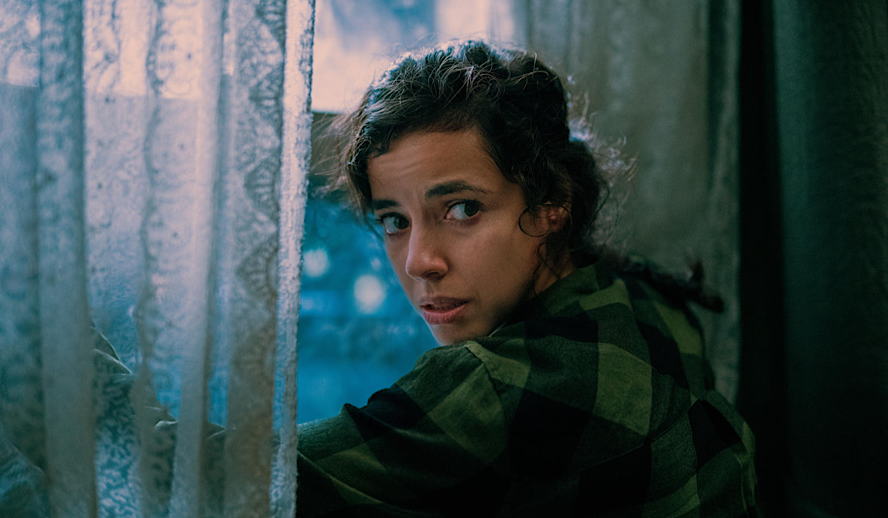 Photo: ‘No One Gets Out Alive’

The time of the year has come when the inventory of horror films begins to make its appearance. Halloween month is here, and you can’t help but be excited about all the movies that are about to be unleashed. Netflix does not stay behind; the streaming platform already released the list of horror films meant to hunt us for the rest of the month. ‘No One Gets Out Alive‘ is the newest addition to Netflix’s planned horror film content. We demand bloody scenes, rising suspense, and terrifying supernatural beings.

‘No One Gets Out Alive’ – The Premise

When a Mexican woman named Ambar arrives in the United States searching for a better life, her immigration status compels her to become a perfect target for predators. Ambar’s American dream was further away than she thought, as finding a place to live was incredibly hard. She obtains a low-paying job at a factory and accomplishes to find a room at a property rented by two ominous brothers. After Ambar moves in, frightening situations begin to follow her. Ambar is launched into glimpses of her past and visions of her dead mother. She realizes that the past is not only haunting her, but everyone in the house.

‘No One Gets Out Alive‘ intent in inclusivity is something to appreciate, but sometimes the attempt might come off as stereotypical and incredibly predictable. A few hints about immigration and the struggle of immigrant women in America gives a lot of space to think about. The film hints at some aspects that hit very close to the truth, but the question that follows is why as a Mexican woman, her only reality had to be an illegal one? The intent wasn’t probably to ground the Character in stereotypes, but the fact of the matter is that we’ve seen this woman’s story many times before. It was a nice step in the right direction when opting for a Latin lead, but because of the latter, they could’ve focused on stepping closer to the film’s genre instead and not emphasize the woman’s immigration status so much. They missed out on the fact that they could’ve sat with the immigration aspect without adding the stereotype. This situation is like having a Scottish dude and making him wear a kilt everywhere he goes.

The screenplay was based on the 2014 British novel of the same name, written by Adam Nevill. The novel’s synopsis is a bit farther from the film’s premise, staying away from the violence against women that is found on it. In the book, the lead character struggles financially working various temp jobs. Comparing the book’s original premise and going back to the movie takes me to my previous point of immigration. The Character is introduced arriving in a truck full of other undocumented migrants, uhh, really? You can still be a Latin woman struggling financially and be legal.

The problem is that although unlawful immigration is an actual reality for many Latin American individuals, it’s not the only reality, as each immigrants’ story is entirely different. Again, it perpetuates stereotypes that need to stop already. It is time to change the perspective, especially when it comes to Latin individuals. It felt like Netflix’s attempt for inclusion was short-sided by enforcing the stereotype towards Mexicans, mainly because the film did not profit from the woman’s background. She could’ve just been a Mexican woman who can’t find a good job because she is a minority.

Ambar was played by Christina Rodlo, whose performance was one to admire. Rodlo was born in Torreón, Mexico. And has appeared in a few productions, most recently ‘Too Old To Die Young’ and ‘Miss Bala’ along with American actress Gina Rodriguez.

On a brighter note, ‘No One Get Out Alive‘ hints at some exciting symbolism and beautiful interpretation of an old Aztec myth. The background was honored beautifully. Their inspiration comes from a skeletal Aztec goddess named Itzpapalotl, often depicted as a moth and whose spirit drains the life source of others. The film accomplishes to place curiosity behind the ideas of death, life, remorse, and letting go, reminding you of the connection all of it has. Behind the symbolism lies beautiful interpretations of what everything could mean, as many situations are hinted at but are not completely resolved, as the intent is to let the audience decide what it means to them.

‘No One Gets Out Alive’ is an attempted declaration to the Italian Giallo, a combination of all horror sub-genres, but in a way, this film has it a bit misunderstood. ‘No One Gets Out Alive‘ combines realism with the supernatural, adding interesting fears to its characters, while its premise solicits the reality humans have attached to their past. The film intertwines the supernatural along with the fear of what is real.

Upon Amber’s arrival at the house, we later learn that all the women in the house are also victims of the strange visions of their past, highlighting guilt as the primary manipulation tool for the predators. For a while, ‘No One Gets Out Alive‘ works well, as you are afraid for these women’s safety, bringing your inner feminism to want to teleport to save them. But as you realize the situation is a lot more severe than two creepy men, you’d wish you’d never step foot in that house.

Sorry But, Not A Classic

The reveal delivers empty suspense at first, but when analyzing the latter, you realize there is much meaning behind it. There was no expectation on my part, as I was not familiar with the book. ‘No One Gets Out Alive‘ accomplishes its place as a curious, suspenseful film in the list of horror movies, but does not match a classic.

Stream  ‘No One Gets Out Alive’ on Netflix.