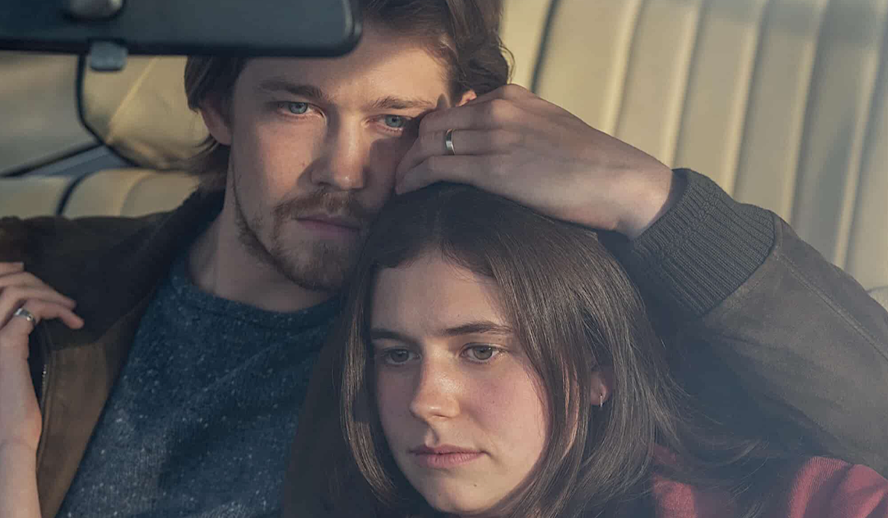 It’s that moment when two characters meet and that intense chemistry fills the air with palpable silence. No other writer captures these encounters quite like Sally Rooney. There’s a reason Rooney has been hailed as the literary millennial whisperer. Right now, we’re witnessing a growing appreciation for mental health that is shifting away from societal judgment and replacing it with collective compassion; and Rooney’s novels do just that. The writer creates a world where two characters freely expose their most vulnerable selves which allows them to collide in the most all-consuming way. Yes, please!

There’s a reason why Sally Rooney’s writing gets under your skin. Rooney has yet to shy away from difficult conversations that revolve around mental health, sexuality, and classism. Readers and viewers are thankful for Rooney’s tendency to unabashedly explore the errors in the way we perceive each other while considering crucial elements of society that influence the way we approach desire and intimacy. Interesting how both ‘Normal People’ and ‘Conversations with Friends’ center on the lives of students yet they are a reeducation for readers on the depths of sincere communication.

‘Conversations with Friends’ will air in May 2022 on Hulu.

The Synopsis of ‘Conversation with Friends’

The first series adapted from Rooney’s writing, ‘Normal People,’ shows the disillusionment of youth and follows the intimate alliance between Marianne, Connell, and Connell’s chain. Their intense chemistry is so clearly felt in every scene. Luckily, Hulu announced that fans of ‘Normal People’ should brace themselves for a new series adapted from Sally Rooney’s 2017 debut of ‘Conversations with Friends.’ The series will be led by the same team behind ‘Normal People.’ The project is directed by Lenny Abrahamson and brought to life from the book by Alice Birch as writer.

This time, the romance intensifies with a story that centers on two different relationships that intersect. The very Irish millennial Frances and her ex-girlfriend-turned-bff Bobbi meet the artistic married couple, Nick and Melissa. From there, passionate affairs force everyone to reconsider their views on romance and sexuality. The compelling connection between Frances and Nick proves to be increasingly tangible. It’s Rooney’s ability for unbound self-reflection that allows her to explore the most vulnerable corners of her characters’ minds.

‘Conversations with Friends,’ was actually published before ‘Normal People,’ and follows the lives of Trinity College students Frances and her best friend, and occasional lover, Bobbi. The two were in a committed relationship years prior and have obviously remained very close. Over time, they’ve developed a resounding trust and need for each other as they continue to transition into adulthood. Frances and Bobbi take part in spoken-word poetry performances that unveil their raw emotions to a room full of anonymous faces. On one particular night, Nick and Melissa Conway, are amidst the sea of strangers and are instantly drawn to the intriguing college students. Melissa is a well-known journalist while Nick is a famous actor. Melissa is very interested in the two young women as female artists while Nick narrows his focus on Frances.

The teaser trailer reveals the deepening connection between Frances and Nick. Of course, the notion of Nick’s marriage lingers on Frances’ mind when she asks Bobbi, “Wouldn’t it depress you to sleep with someone who loves someone else?,” to which Bobbi replies, “Not if they loved me too,” leaving Frances to feel uninhibited to explore that sense of desire. “What we’re doing is insanely risky,” Nick says to Frances. “Extremely,” Frances responds. Sexuality is a major topic in ‘Conversations with Friends,’ where it feels fluid and unrestrained. The topics of open marriages and monogamy reveal the complex nature of intimacy and the power desire holds.

Meeting the Cast and Characters

The 12-episode limited series is an adaptation of the book ‘Conversations with Friends,’ and stars Joe Alwyn, Jemima Kirke, Sasha Lane, and introduces Alison Oliver as our protagonist, Frances. Alwyn will be playing Nick Conway, an established and married actor who has a deeply sensual affair with Frances. In an interview with Deadline, Alwyn encapsulated Rooney’s seamless talent to explore the unspoken dynamics of relationships, “But I think one of the interesting things about Sally’s writings and what she explores is happiness, love, desire, and intimacy outside of those constructs that we create for ourselves, whether that’s friendships or families or relationships.” Despite expecting Nick to be a brunette, Alwyn’s subtle transformation in the trailer (hello mustache) makes him perfectly cast as Frances’ love interest.

This series will be led by Alison Oliver playing Frances, the 21-year-old college student on a path toward self-discovery from a wave of complicated relationships. It will be Oliver’s first on-screen role. Funnily enough, she was a student at Sir Academy of Trinity College where Paul Mescal (‘Normal People’) graduated from and happens to be the setting of both ‘Normal People’ and ‘Conversations with Friends.’ Oliver revealed to Harper’s Bazaar that she “felt like Frances.”

From what we could tell, there are very few variations from the script. However, a slight alteration comes in the form of Bobbi. In the book, Bobbi’s nationality is Irish along with her fellow characters. In the series, Sasha Lane from ‘American Honey’ and ‘Loki,’ will take on the memorable character as an American. Judging from the trailer, it already feels like an organic fit and the perfect actor to take on a character with such a forceful presence on the page. The show’s director told Vanity Fair, “We saw brilliant people, but there was just something about Sasha. There are few people who capture that quality that Bobbi is described as having in the novel—this kind of extraordinariness, this impact.”

Jemima Kirke plays Melissa, a respected journalist married to Nick Conway. Individually, the couple becomes emotionally entangled and captivated by Frances and Bobbi. Things only get more intense on a very romantic getaway to the charming beaches of Croatia. Kirke’s stunning performance in ‘Girls’ proves she is impeccably cast as the complex wife of Nick whose love extends beyond the borders of their marriage.