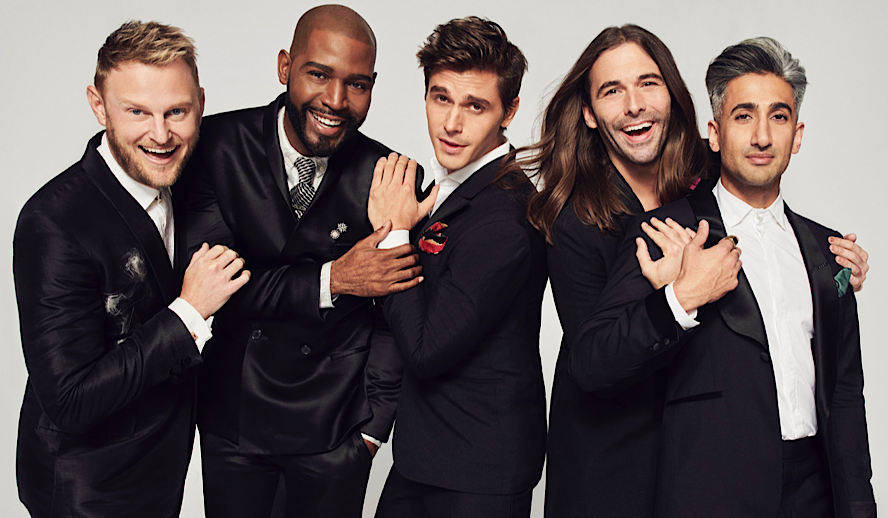 A Start and a Pause: Flashback to March 2020

At the beginning of Season 6 of ‘Queer Eye’, the crew journeys to Texas – also known as the Lone Star state – in pursuit of the Broken Spoke, a small honky-tonk where their first hero, Terri, works as a dance instructor. Eccentric, chaotic, and utterly herself, Terri is an enigmatic case that quickly gets us back into the swing of the beloved Fab Five formula.

This was a great season opener, though the timing is probably what really forced it into that beginning position, as this was their final project before production shut down for the COVID-19 pandemic. This was in 2020 (cue dramatic music). Nonetheless, the tale of Terri is just as intriguing as before, and a year later, after even more transformation, the first episode crystallizes a moment in time that now feels so somber and romantic.

With 10 full episodes of wholesome fun, this season is much needed after the… how should I say this… utter despair of the aforementioned global pandemic. Now more than ever, people feel helpless to the whims of the world, and they are willing to take the help.

A high school – representative of so many others across America and the rest of the world – whose seniors have been deeply affected by the pandemic and desperate for a prom worth remembering to send them off to college. A widowed restaurant owner, a stretched-thin extra-needs animal sanctuary owner, and a beret-wearing baker in financial distress following the pandemic. These are just a few of the heroes deservedly blessed by the ‘Queer Eye’ team this season.

This season also touts the first transgender woman to receive a life makeover from the Fab Five, Angel. As a beloved coach, friend, girlfriend, and record-breaking powerlifter, this angel (yes, pun intended, she’s super sweet) just needs a little encouragement from the guys to flourish, embrace her femininity with confidence, and heal her relationship with her father.

So basically, there’s no shortage of miracles this season, and the Fab Five is more polished than ever. At this point, they have it down to a science that is as fascinating as it is endlessly effective in changing the lives of these much deserving heroes for the far better. There’s something for everyone: Bobby Berk transforming homes, shelters, farms, and more into dreamlike realizations of their subject, Karamo Brown teasing out the complexities and showering these people with the appreciation and objectivity that they deserve, Jonathan Van Ness completely revolutionizing their self-esteem and teaching them how to take care of themselves, Tan France revamping their wardrobe to suit their lifestyle, and Antoni Porowski reenergizing their priorities towards food as a means of care and connection.

The definition of a hero is broad, and encompasses a wide variety of personalities and professions, but particularly moving is the story of Jereka, a healthcare professional who tirelessly dedicates herself to the community at the expense of her own personal time. While so many workers like her deserve to be so spoiled, to see just one receive such special attention is so cathartic. In the words of Antoni, “it’s always nice to see a hero win.”

‘If Texas were a sane place, it wouldn’t be nearly as much fun.”

One of the things that ‘Queer Eye’ is quick to receive criticism for is insensitivity towards either the feelings or preferences of their heroes. The examples that come to mind are the infamous Season 5 episode in which Karamo brings a hero together with the man who shot and paralyzed him, or on an exponentially lighter note, Tan and his extreme tendency towards putting all women in heels and french tucking their shirt. With that being said, I felt that this season showed growth in regard to attempting to really understand what they need from the Fab Five group. Maybe they are continuously improving, maybe the heroes are more curious and open-minded after a year inside, or maybe it’s a little bit of both.

There’s even the essence of someone who feels – slightly more than the run-of-the-mill hero – more reluctant towards the unique tendencies of the Fab Five. As a collection of queer-identifying people, their presence can sometimes cause questions for the people in the small towns that they visit. For example, in ‘No More Bull’, veteran rancher Josh is taken aback by the wholehearted, eccentric self-assuredness of the crew. Despite this, the entire experience creates a channel for communication between different lifestyles, with some fleeting but important conversations taking place as the ‘Queer Eye’ crew imparts their wisdom over the course of the week.

“If Texas were a sane place, it wouldn’t be nearly as much fun.”

All in all, Season 6 of ‘Queer Eye’ is a much-needed dose of real clarity and understanding between people of all backgrounds in a world that feels increasingly divided over the most basic issues. While the Fab Five are the image of gorgeous progress, they create a sense of comfort and pride for people who transcend the boundaries of their various differences, and cast a light on what makes them so special.

As always, if you watch the first episode, you’ll watch them all (just be prepared with tissues to sob in your bed all day from tears of happiness).

Given the often uncertain circumstances of the world right now, it’s untelling when we could get another season of ‘Queer Eye’, especially considering the boundaries they faced at the beginning of the Season 6 production. Regardless, the future is just bright, feel-good, and filled with love for the Fab Five crew as it always has been as they change the world, one local hero at a time.