A Tribute to Jamie Lee Curtis: The Original Scream Queen – ‘Halloween,’ It’s Sequels and Her Career 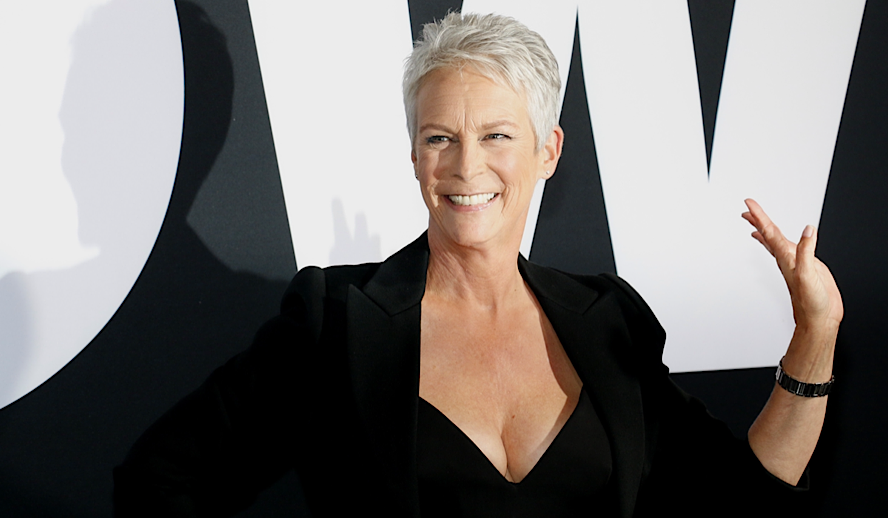 When you think of Halloween films, you can’t help but remember the classics, the main horror movies that had you screaming at the top of your lungs when you were a kid. Movies like King Kong paved the way to introduce a Hollywood character, the scream queen, a damsel in distress who yells for her life and, most often than not, is the one who survives after scrimmaging against a serial killer. Beautiful women screaming in terror has always intrigued audiences and has us rooting for their well-being. A variety of movie titles come to mind when thinking about Halloween classics, such as ‘Scream,’ ‘I Know What You Did Last Summer,’ ‘A Nightmare on Elm Street,’ and many more. Numerous actresses had their careers skyrocketed to fame thanks to the success of all these franchises. Those movies wouldn’t have been what they are without having their original scream queens as part of their cast.

The Birth of ‘Halloween’

In 1978, a young Jamie Lee Curtis was cast as the lead for a film called ‘Halloween.’ A story about a mentally ill patient who had escaped the asylum and on Halloween night had decided to stalk babysitters and kill them all. Jamie Lee Curtis played the shy, book-smart teenager who successfully survives the killing spree of Michael Myers. The low-budget film was destined for greatness, as it delivered to the studios an incredible gross at the box office, making it rank first in the United States, and it paved the way for Jamie Lee Curtis’s career and many, many sequels.

Although, Jamie Lee Curtis was no stranger to fame. She had been brought up between the bright lights of paparazzi cameras and Hollywood glamour. The actress is the daughter of Janet Leigh and Tony Curtis, actual Hollywood royalty. Janet Leigh and Tony Curtis were like a 9150’s Brangelina of the time (I would give an example of a more relevant couple, but I don’t think there has been another pair as big as these two since). It wasn’t by coincidence the film ‘Halloween’ ended in Jamie Lee Curtis’s hands, as one of the producers pushed hard for Jamie’s spot in the movie, with the awareness of Jamie’s background. As it turned out, for Debra Hill’s luck, writer and producer of ‘Halloween,’ Jamie was the daughter of the main scream queen of all times.

Jamie Lee Curtis forms part of the second generation of scream queens. Her mother, Janet Leigh, was the original, she played Marion Crane, the damsel in distress that gets murdered inside the doors of the mysterious Bates Motel in Alfred Hitchcock’s classic, ‘Psycho.’ Anthony Perkins character stabbed Leigh’s several times before she dramatically lays flat on the bathtub floor, shedding ounces of blood. Leigh and Perkins are part of the most iconic scene that’s ever existed in a horror movie, making Jamie Lee Curtis literally have scream queen flourished in her genes. Thanks to this, Curtis then became the lead for many sequels that followed the original ‘Halloween.’ Let me add a little fun fact here, ‘Halloween’ was said to be inspired by the movie ‘Psycho,’ rings a bell? Uhh… Janet Leigh? Jamie’s mother? What a great full circle we have there.

After the film’s success, Jamie went ahead to star in many slasher films, with her character being somewhat the same. Curtis knew she had more to offer and, for a while, rejected any role that was part of a horror film. She proceeded to star in comedies that earned the actress many awards and accolades. In 1994 Jamie Lee Curtis was phoned by film director, slash, god of the movie world, James Cameron. Cameron asked Curtis to play the lead alongside Arnold Schwarzenegger in the action-comedy ‘True Lies.’ Without further thought and without reading the script, she agreed, because really, who would spend more than thirty seconds thinking what to say to James Cameron if he asked you to be part of his movie, not me and clearly not Jamie. The film was nominated for an Academy Award, while Jamie won a golden globe for her performance as best actress. The ladder kept getting higher as Jamie kept reaching for better and more prominent roles. She then started in the ABC sitcom ‘Anything but Love,’ where she received her second golden globe for her portrayal as Hanna Miller.

The Mom In ‘Freaky Friday’?

Honestly, I am a bit ashamed to admit that I wasn’t up-to-date on Jamie Lee Curtis’s career and impact in the horror genre. I knew her as Tony Curtis’s daughter because I am obsessed with ‘Some Like it Hot,’ and the mom in ‘Freaky Friday,’ you know? That film with Lindsay Lohan where mother and daughter exchange places after eating a fortune cookie. They end up fixing their relationship by understanding what it really means to be in each other’s shoes. Not to mention, as a big Ryan Murphy fan, I saw her awesome portrayal in the series ‘Scream Queens,’ starring Emma Roberts, Billie Lourd, Leah Michele, and Ariana Grande. Jamie Lee Curtis here recreated Janet Leigh’s famous ‘Psycho’ scene. Her life is filled with amazing full circles!

Ready to Scream Again This Halloween?

Jamie Lee Curtis keeps honoring the horror genre, and since her debut, had participated in over five ‘Halloween’ sequels, some of which had terrible reviews. Let me be honest here, ‘Halloween II’ had no storyline. I wanted Michael Myers to kill me, so I could stop watching it. But just like anything, practice makes perfect, because when it comes to the 20th anniversary of the film, with ‘Halloween H20,’ that version had me screaming, just like Jamie did every time we see that horrible masked killer.

The film keeps grossing twice its budget in the box office, and with that comes the newest addition to the franchise ‘Halloween Kills’ where Jamie plays Laurie Strode, but forty years later. It will be interesting to see what Jamie Lee Curtis will do to approach the character, as we have seen her grow as a person and as Laurie. The film’s themes are encrusted in the feeling of trauma, and the latter had us trying to understand who these characters are after they’ve gone through so much. Jamie Lee Curtis continues to be the original scream queen, and we cannot wait for the new film to be released.