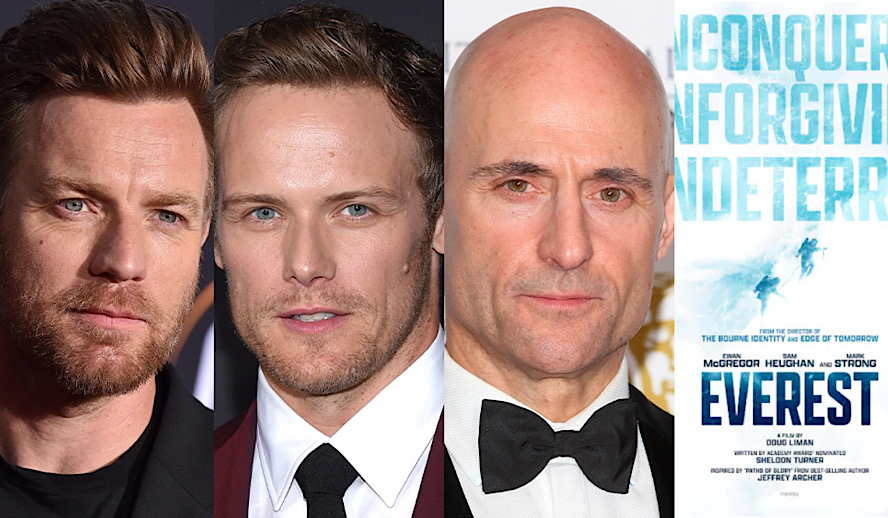 Mountaineer George Mallory led the first expedition in hopes of climbing to the peak of Mt. Everest ever in human history in 1921. McGregor would go on to describe Mallory and his allure, “I think it is because it is so very real. The adventure of it is quite hard to find these days.” The adventure, as described by the former ‘Star Wars’ star, is based on the calamity that was humanity’s first attempt at climbing the fabled summit which resulted in the death of 11 people. The film focuses largely on the intense rivalry between McGregor’s Mallory and Sam Heughan’s Finch that ultimately drove a wedge between the climbing team during the maiden voyage up the mountain in Nepal.

Related article: A Tribute To Ewan McGregor: The Superstar-Actor Known for Iconic Roles

Doug Liman, director of hit films ‘Edge of Tomorrow’ and ‘The Bourne Identity’ has some very lofty ideas with respect to the upcoming adventure-thriller film. Liman said that “The Bourne Identity’ sort of changed how we shot car chases. My intention here with ‘Everest’ is to give the audience the experience, through Mallory and Finch, of what it’s actually like to climb Everest. This will be a thrill ride for the audience.” For the unaware, ‘The Bourne Identity’ was one part of a trilogy starring Matt Damon playing the titular Jason Bourne. In the trilogy, Bourne is an assassin running from the US government, foreign entities, assassins, pretty much any and everything. The film trilogy has been credited with, “Over anything else, Bourne taught Hollywood cinema how to take action seriously.” by writer Calum Russell. So, to compare the 2002 action-magnum-opus to his upcoming work speaks volumes to his confidence.

As noted, this film will chronicle the adventure, or misadventure, of man’s first expedition to achieve the highest summit on Earth. The film will have three stars and, as described by Liman during pre-Cannes screenings, “…truly a four quadrant movie because it is so character driven and every character has such a powerful story.” he would go on to speak on the actors behind the personas, namely Ewan McGregor (George Mallory), Mark Strong (Arthur Hinks), and Sam Heughan (George Finch), describing them as powerful. “They are such charismatic stars that it really will allow me as a filmmaker to show the darker sides of the obsession of climbing this mountain, and what they’re each willing to give up and sacrifice in an attempt to be the first to get up this mountain.”

Sacrifice will be the crux of the film, likely, as history dictates most of what can be done within a foray into the biopic. Mark Strong’s Hinks, leader of the Royal Geographic Society, is the person responsible for organizing an elite climbing team, deciding on Mallory to lead the expedition. After embarking, a chaotic and tragic story of toxic masculinity leads the two climbers to split up during their trek towards the mountain’s summit, a prideful mistake that, if resolved together, likely could have saved the lives of many, if not all involved. In this case in history, 11 people lost their lives due to the intense and problematic rivalry between Mallory and Finch. Actor Sam Heughan would go on to describe his role’s influence, Finch, as such, “had all the ability [Of Mallory] In fact, the two of them, if they had gone together, I think they would have conquered it.”

Scriptwriter Sheldon Turner would then add, “What really galvanized me was this idea of untraditional obsession and addiction. And certainly, addiction has been covered ad nauseam by Hollywood. But we haven’t seen a sort of obsession like this before.” Liman chimes in again to state, “I love the rivalry between Finch and Mallory. They’re sort of helping each other but ultimately rooting against each other because they want to make sure the other one doesn’t get there so that the opportunities are available to them.” He added: “I just feel like the characters, in some ways, are so modern. I don’t think of ‘Everest’ like a period movie. It’s as modern as they get.”

And, although the main focus of the movie is the tragedy that befell those on the trek, there is a hint of modernity within the story as mentioned. In a twist of human irony, the very institute that arguably led these men to their deaths opted to profit off their memory, selling both the film and book rights to turn their lives into a monetizable product for people to observe. This is a fact the film hopes to drive home as writer Turner says, “It’s also a modern story because what the Royal Geographic Society did is they decided to monetize this – to go and sell the film rights, the book rights and profited [sic] from it and we chronicle that in the movie.”

Basing my expectations squarely on the artistic history of director Doug Liman, I would be willing to bet this will be, at worst, a serviceable adventure-romp-film. Liman’s filmography is quite well decorated, sporting the likes of ‘The Bourne Identity’, ‘Mr. & Mrs. Smith’, ‘Edge of Tomorrow’, and ‘Go’, all of which demonstrate his ability to organize a fun, action-packed, and occasionally intelligent film. As for the writer, Sheldon Turner, his past work has spoken for a combination of action, comedy and drama scripts. ‘X-Men: First Class’, ‘Up in the Air’, and Adam Sandler’s ‘The Longest Yard’ are some of his work. As mentioned by Liman, himself, this story is very character-driven and if not handled with perfect care within the writers’ room, there could be serious miscalculations.

As for the cast, there is not much to say other than this is an all-star ensemble, and anything less than a great performance would be let down. Ewan McGregor and Mark Strong are both bonafide stars, putting forth double-digit hits a piece. Each has their own breakouts and star-making performances, for McGregor, ‘Star Wars’, and for Strong, ‘Tinker Tailor Soldier Spy.’

As for Sam Heughan, he stands tall on the shoulders of his hit TV show ‘Outlander’ which continues to enthrall audiences in its sixth season anticipation. All three leads have proven their mettle in action-oriented lead roles, hence, ‘Everest’ has some lofty expectations attached to its name now, thanks to its director, but I do believe it can achieve great success.