‘Downton Abbey: A New Era’: A Delightful Return to Downton 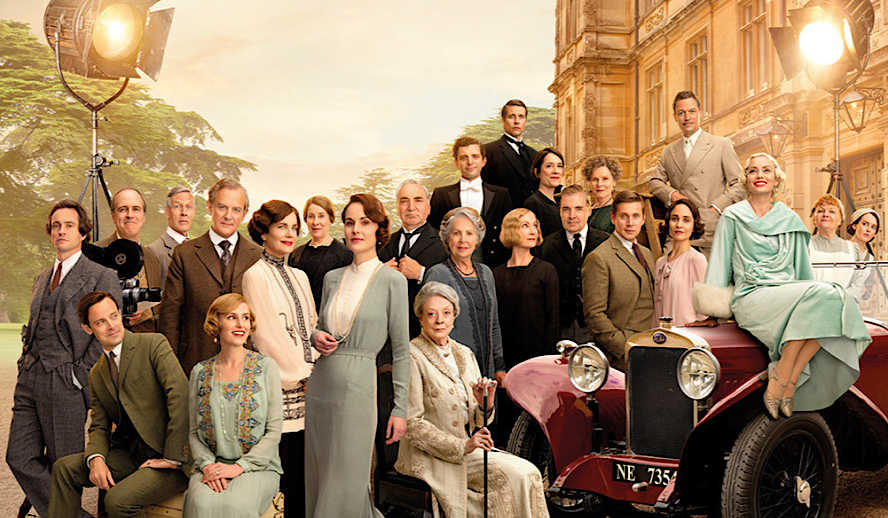 ‘Downton Abbey’ has made its mark on a generation. The original ‘Downton Abbey’, a 2010 television series, gained critical acclaim as it collected Emmy wins and shelves full of other awards. Critics praised the series, and it made a splash in the United States as it continued to break records regarding acclaim for an international series. But, critical praise and award nominations don’t make a series as culturally significant as ‘Downton Abbey’, it’s the viewers that put in that legwork.

‘Downton Abbey’, during its network run as well as the years since, has a large and committed audience. As each episode aired, the previous viewership record from the week before was blown out of the water. Viewers in and out of the UK were tuned in to see what would happen next to the Crawley family. Any drama airing alongside ‘Downton Abbey’ didn’t stand a chance when it came to ratings. So, it makes perfect sense that when the first film installment, a feature of the same name, was released in 2019, ticket sales exceeded box office predictions and broke records on its opening weekend. Now, three years later, ‘Downton Abbey: A New Era’ is repeating history.

Recap: Where Did We Leave Downton?

Through six seasons on television and a film premiere, we’ve seen the Crawley family through quite a bit. The original series followed the Crawleys, an aristocratic family in Yorkshire, as British social and political events affected their status as well as their personal lives. Six seasons of love and war later, we’re brought to the 2019 film. The first ‘Downton Abbey’ film follows many of the same characters as they prepare to host a visit from the King and Queen, as they plan to stay at Downton during a royal tour.

The original series brought the Crawleys and the viewers through the sinking of the Titanic, World War I, the Spanish Flu, political scandals, elections, and many more events that would shake things up for an aristocratic family in the early 20th century. The storylines were heavily influenced by real, serious events that didn’t just impact the Crawleys, but all of England and beyond. ‘Downton Abbey: A New’ also tackles an important event in the 1920s, though this one is much easier to stomach; The rise of film.

‘Downton Abbey: A New Era’ – What Does The New Era Entail?

At the beginning of the film, the Crawley family learns that Violent Crawley (or Lady Grantham), the family’s matriarch, has recently inherited a villa in the South of France. The villa was a gift from the recently departed Marquis de Montmirai, who Lady Grantham spent a week with, in the 1860s. Due to her old age and her desire to leave her family with equal inheritances, she bequeaths the estate to her great-granddaughter, Sybbie. The new Marquis, the son of the recently departed, invites Lady Grantham to the villa. While Lady Grantham is unable to travel, a group of her family members travels in her place. At the villa, the new Marquis is eager to transfer the estate and connect with the Crawley family, while his mother, the widow, wishes to contest the will. After some Mamma Mia-esque drama and French frolicking, the group returns to Downton.

Come Behind the Scenes

While this plot seems compelling enough to drive the film, it is actually one of two main storylines that happen alongside each other. With part of the family in France, Downton is occupied by a film crew. A production company requested to use Downton as a filming location for a new silent film, and while some older members of the family opposed it, they ultimately agreed as the family needs the money to repair the estate. Much to Downton’s staff’s delight, a film crew, including two silver screen stars, move into the home. When production is halted by the rise of sound in film, it’s up to the Crawley family to step in and rescue the production.

‘Downton Abbey: A New Era’ is perfectly endearing when it comes to the filmmaking storyline. While the drama surrounding the villa, as well as many dramatic subplots, serves as the engine for the emotional, high stakes story, the filming plot is left to balance it with excitement. Of course, the views surrounding the film industry in the 1920s were greatly different from today’s perspective, so the simple sight of these characters grappling with film brings comedy. Whether someone is walking through a shot or pronouncing cinema-like kin-ema, it doesn’t take much to bring humor into any situation. There’s also the added layer of irony as we watch actors deliver lines about how actors are ditzy divas. We see film stars gush over the concept of film stars and seasoned actors giddy with glee when they see film cameras.

Die-hard fans may also notice the real-life parallels that allowed the film crew into Downton. In the film, the Earl of Grantham is hesitant to open Downton to any public, let alone a film crew. Ultimately, the paycheck was too high to refuse as Downton was in desperate need of a new roof. This, in essence, is the origin story for the filming location for Downton, Highclere Castle. In 2009 the amount of water damage and ignored needs of renovation left much of the estate uninhabitable. So, in 2010, when ‘Downton Abbey’ needed somewhere to film, the Earl of Carnarvon accepted, desperate to pay for repairs.

The leading cast is intimately familiar with their characters. Many of these characters have been through a decade of drama that brought them to the events of the film, and these actors went through the good, bad, and ugly right alongside them. Stepping back into these roles felt natural for the actors as they perfectly brought their characters back to life. Maggie Smith shined as Lady Grantham, knowing how to balance comedy and emotional storytelling perfectly.

For me, the highlight of the film was the interaction between Lady Mary (Michelle Dockery) and the new character, Jack Barber (Hugh Dancy). Lady Mary is arguably the heart of all ‘Downton Abbey’ story arcs, although the series consists of an ensemble cast, so we know her well and are incredibly familiar with her and her history. So, this includes her husband, Henry, who is not present in the film. Enter director Jack Barber. Jack is immediately likable and sympathetic, eager to make his film successful despite the unforgiving barrage of challenges. Mary helps him along the way, and their friendship is riddled with chemistry. As viewers, we battle with knowing Mary, her past, and her relationship, but she and Jack just seem too perfect to refuse. The two actors were at their best when they were opposite each other, which meant they were at their best constantly.