‘Cyrano’: Peter Dinklage Shines in the Retelling of a Classic Tale 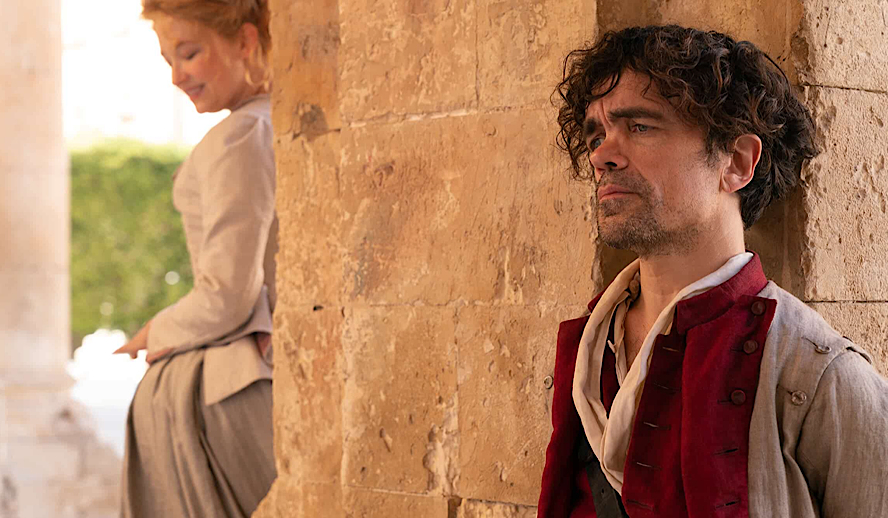 The story of Cyrano de Bergerac plays such a prominent role in popular culture that “playing Cyrano” or “Cyranoing someone” have become their own terms to describe the troupe. The story of Cyrano has been around for centuries, beginning with the 1879 play ‘Cyrano de Bergerac’, a fictionalized telling of the life of the writer and duelist of the same name. Through various adaptations of plays, musicals, and films, Cyrano became an iconic character, representative of all those who lend their words to someone else.

The newest adaptation, starring Peter Dinklage, retells the story with a perspective we’ve never seen before. Traditionally, the feature that made Cyrano feel unlovable was a large, unsightly nose. Dinklage has achondroplasia, resulting in dwarfism, which filled the role of Cyrano’s insecurity. This fresh take added a layer of depth to the character and the story, which, when paired with Joe Wright’s directing, created a beautiful film.

While all versions of ‘Cyrano’ are ultimately based on the 1879 play, this particular adaptation comes directly from the Off-Broadway stage. Erica Schmidt, writer and theater director, as well as Dinklage’s wife, adapted Cyrano into a stage musical that debuted in 2019. This version starred Dinklage and featured music from the band The National. This stage adaptation, including the musical’s score, was the source material for ‘Cyrano’.

In order to be considered for this year’s Academy Awards, ‘Cyrano’ was released for a limited run in Los Angeles in December 2021. The film was set to release globally in January 2022, but the release was delayed due to the Omicron variant. When nominations were released, ‘Cyrano’ only received one Oscars nod, nominated for best costume design.

‘Cyrano’: A Film Oozing in Romance

Joe Wright is known for his romances. His directorial career began in 2005 with the iconic     adaptation of ‘Pride and Prejudice’ starring Keira Knightley and Matthew Macfadyen. His films ‘Anna Karenina’ and ‘Atonement’ are another historical literary adaptation and historical war drama, respectively. ‘Cyrano’ fits into his body of work perfectly. Wright has been praised for the light and beauty he brings to his films, especially his period pieces. He often includes wide, lively, continuous Steadicam shots. These allow the audience to see the characters and the way they interact with their environment and, most importantly, with each other.

Wright’s directing in ‘Cyrano’ is what makes the film so romantic. While the couple we’re rooting for cannot be together, we’re constantly surrounded by romance through the visuals of the film. Wright includes many wide shots that show crowds of people moving in perfect harmony, dresses flowing and the sun shining on smiling faces. We see love confessions from balconies and letters flowing through the air. The love story is complicated but the role of love in the film is anything but. Romance seeps into each and every moment of the film.

Any romantic can see themself in ‘Cyrano’. Whether you relate to Cyrano himself, a hopeless romantic with a passion for poetry, or in his love, Roxanne (Haley Bennett), a dreamer prone to falling in love at first sight. You could see yourself in Christian (Kelvin Harrison Jr.), unable to find the words to match the emotions you feel. Love is universal, experienced by everyone in their own unique ways. ‘Cyrano’ understands that not all people will relate to a specific love story so it offers a variety. Each character is given the attention they deserve as they fall in love in a way that is natural to them.

‘Cyrano’ also made changes to the character Cyrano himself, which made his story relatable to a wider audience. In the Off-Broadway production of the musical, there was no mention made of Dinklage’s height. In fact, his understudy was six-feet tall. Dinklage’s Cyrano did not wear a prosthetic nose or otherwise make himself appear unlovable. There was no direct explanation for why Cyrano believed Roxanne could not love him. This carried into the film, with minimal mentions being made of his stature. Cyrano did not need to be insecure about his nose, his height, or any other specific feature. It was enough that he just lacked the confidence to believe he deserved Roxanne’s love. As an audience, we can relate more to Cyrano when he is not held back by a single trait. Confidence and self-image are complex matters that cannot be packaged into a single feature or explanation, and ‘Cyrano’ understands that.

I am a big fan of musicals, I am never one to put down a musical adaptation. However, in this case, I believe that ‘Cyrano’ would be much stronger without the music. Based on the trailer I saw, I did not realize that ‘Cyrano’ was a musical, and it feels like the film did not realize either. It didn’t feel natural when the characters broke into song, but rather it felt like an interruption of otherwise strong scenes. The music wasn’t memorable and didn’t work to advance the plot, and a musical needs at least one of those traits in order to work.

That being said, the choreography in the film was beautiful. A large ensemble of dancers in period-appropriate dresses and dance made for gorgeous visuals during the weak songs. The weak music was not at the fault of the actors, each of which excelled in their roles, musically and otherwise. It’s just a matter of the music not being needed in the film.

I would recommend adding ‘Cyrano’ to your watchlist. Peter Dinklage gives such a strong performance that the film would be worth watching even if it had no other redeeming qualities. Dinklage proved to us that he can do anything, and can excel in any role Hollywood puts him in. His performance is honest and heartbreaking, he plays each emotion with such care. The rest of the cast played their roles brilliantly, telling the iconic story of Cyrano de Bergerac in a beautiful way.