‘The World to Come’: A Period Piece About Learning to Love After a Tragedy 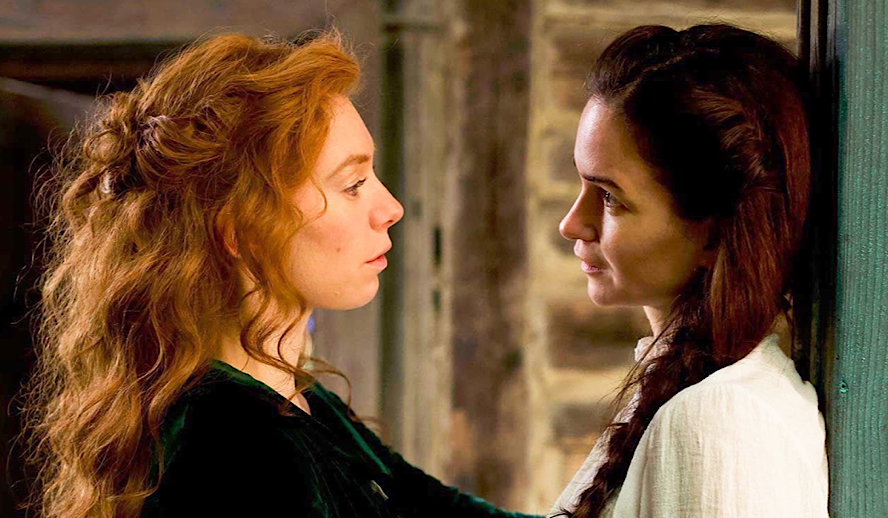 Photo: ‘The World To Come’/Bleecker Street

Set in the 1850s, ‘The World to Come’ is a period-piece drama from female director Mona Fastvold. The story focuses on housewife Tallie (Vanessa Kirby) and her relationship with grieving mother Abigail (Katherine Waterson). Although both women are married, they find a connection in one another that they don’t find anywhere else. Both a sensual and emotional piece, ‘The World to Come’ showcases a forbidden romance effortlessly.

‘The World to Come’ has a slow build, beginning with slight touches between the women and a forlorn relationship between the housewives and their husbands. It evolves into the women reading poetry together and goes from there. Eventually, it explodes in a dramatic moment where Kirby goes missing and Waterson leaves to rescue her without hesitation. It is a film more about subtleties than anything else.

‘The World to Come’ – Focusing On Realism Over Anything

Based on the original story by Jim Shepard, who also helped write the screenplay alongside Ron Hansen, ‘The World to Come’ is an 1850s story about finding love in isolation. When Waterson’s Abigail loses her only daughter, she becomes forlorn and withdrawn from her husband Dyer (Casey Affleck). Their marriage falls apart and though they stay together, they are practically estranged.

In the midst of this struggle, Waterson meets their new neighbor, Kirby’s Tallie, and her life begins to steadily improve. Tallie is married as well, to a secretly abusive husband named Finney (Christopher Abbott). As the movie progresses, their friendship becomes something more intimate that both women are afraid to put a label on. Torn between their duties as housewives and their desire to be together, Waterson and Kirby must navigate their feelings in this film.

Since the story was originally written by Shepard, the screenplay sticks to the story well. There aren’t a lot of differences between the two, which allows Fastvold to fully bring Shepard’s vision to life. The movie was shot in Romania but creates an atmosphere that makes the story feel believable in any country. This element enables the story of the film to live on, even after the credits have rolled, and adds another layer of believability. Even without this specific atmosphere, the incredible acting of the cast is enough to bring this story to life.

The Star-Studded Cast Of ‘The World to Come’

Before ‘The World to Come’, the star-quartet found fame in other film or television ventures. For Kirby, it earned her a BAFTA for her appearance on ‘The Crown’, Netflix’s series about the life and adventures of Queen Elizabeth II. Waterson rose to fame as a character in ‘Fantastic Beasts and Where to Find Them’ while Abbott has steadily climbed the Hollywood ladder thanks to his performance in ‘It Comes at Night’. Arguably the most well-known actor, Affleck has starred in numerous amount of critically-acclaimed films including, but not limited to, ‘Good Will Hunting’, ‘The Assassination of Jesse James by the Coward Robert Ford’, and ‘A Ghost Story’.

Each actor brings a lot of talent to the table and the combination of their skills is magnetic. Kirby and Waterson own the silver screen, but their performances never feel like they’re trying to dominate the men’s. In such a powerful film, it would be easy for newer actors to be overshadowed by veterans. Luckily, this isn’t the case for this film. Abbott’s rage is palpable as is Waterson’s grief. Kirby is as brash as Affleck is regretful. The balance is there to allow each actor to shine in their own way. This unique quartet is able to bounce off of each other and create a beautiful movie.

Like many other period pieces, ‘The World to Come’ focuses on four white people, which is not a statement meant to discourage anyone from watching. Overall, ‘The World to Come’ is a great film; however, it is severely lacking in representation. In recent years, there’s been a boom of lesbian period pieces, or “heartbroken, yearning lesbians”. 2020’s ‘Ammonite’ focused on an age-gap relationship between two women and 2019’s ‘Portrait of a Lady on Fire’ focused on a female painter and her subject.

It seems these lesbian period-piece dramas are becoming a trend, but one certainty is how Eurocentric these stories are. Netflix’s ‘Bridgerton’ proved that there’s a market for people-of-color driven period pieces, but the big screen still overlooks this. Although it’s amazing that ‘The World to Come’ focuses on an LGBTQ+ couple, the film is made up of only white actors. Sure, it can be argued that it’s a rural area, but it’s not like Asian people didn’t exist then or Black people. Europe was a predominantly white area at this time, but it’s impossible to state that every person was white.

‘The World to Come’ is also an example of a continuing trend of white, LGBTQ+ stories being told over Bipoc stories. In 2021, there should be more representation for LGBTQ+ people than a white story about two unhappy housewives. Again, the movie itself is good, but it’s severely lacking in the inclusivity factor.

In fact, the majority of the above-the-line individuals are white. The film is helmed by a white woman, written by two white men, composed by a white man, and so on. Although the end result was good, it does bring into question this lack of diversity. As well as that, both Fastvold and Shepard, the two main heads of this project, are happily married in heterosexual marriages. But, they decided to make a film about two women in love.

It may not be exactly necessary for a film about an LGBTQ+ couple to be played by, or written by, people who identify in the community, but it does add another element. No one can tell a lesbian story better than a lesbian just like no one can tell a Bipoc story better than a person-of-color. There is another layer of sentiment that is added to these stories that’s necessary to create a brilliant, timeless movie.

‘The World to Come’ is good and driven by strong performances by star-studded actors and actresses. However, it does bring up the issue of a lack of diversity and the question of just how well can someone create a story about a minority without being one.

‘The World to Come’ is available to watch in theaters and will be released on VOD on March 2nd.