Revisiting ‘Clone High’: A Parody of the 90210 Generation 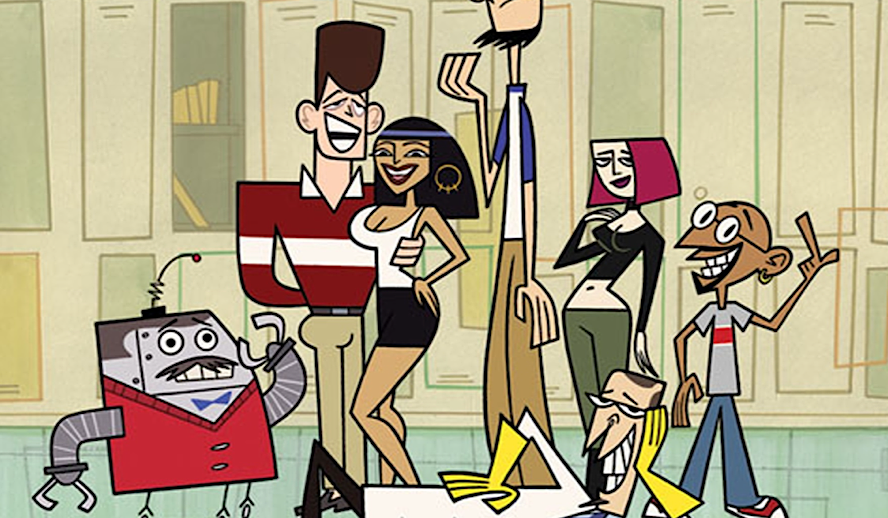 The early 2000s for MTV were a transitional period, where fewer music videos played in place for more reality shows starring conventionally attractive Californians. One of the pinnacles of MTV in the nineties was their animated series from the idiotic misadventures of ‘Beavis and Butthead’ to the GenX nialism of ‘Daria’ and the 2000s set out to continue this tradition. In the early 2000s, MTV co-produced the series ‘Clone High’ with Canada’s Teletoon company. ‘Clone High’, created by Phil Lord, Chris Miller, and Bill Lawrence, is an animated parody of high school dramas that follows the clones of historical figures in a modern high school setting. ‘Clone High’, with its silly premise and witty humor, managed not only to satirize the high school melodrama but to also tell a heartfelt story.

At the time of ‘Clone High’, the most popular teen shows were dramas like ‘90210’ and ‘the OC’. These shows handled high school like a typical after-school special with attractive teenagers, love triangles, and anti-drug messages. ‘Clone High’ parodied what is associated with teen soap operas while being on the same channel as the shows it was parodying. One minute the audience would be sincerely watching the drama of their favorite group of teenagers and the next they would be watching ‘Clone High’, where they took that same level of drama and turned it on its head with its historical references and surreal humor.

‘Clone High’ follows a high school that consists of clones of historical figures in a modern (the early 2000s) setting playing into the typical high school stereotypes. Abe Lincoln (Will Forte) is the awkward male lead, Joan of Arc (Nicole Sullivan) is the loveliest goth girl, Gandhi (Michael McDonald) is the class clown, Cleopatra (Christa Miller) is the prom queen, and John F. Kennedy (Chris Miller) is a horny jock. Some of the series’ funniest moments come from references based on common knowledge of these historical figures, like JFK yelling, “nothing bad ever happens to the Kennedys” before crashing his car. The series could have easily only relied on the premise of “it’s funny to see historical figures as high schoolers” but it pushed the jokes further by being an irreverent take on the high school drama.

Every episode of ‘Clone High’ starts with a voiceover introducing the episode as a “very special episode”, a hilarious callback to how other teen shows, like ‘Blossom’, would start the same way whenever the episode tackled a serious issue. Each episode of ‘Clone High’ tackles a serious issue that every teen show has dealt with but with an irreverent tone. One episode of ‘Clone High’ tackles the trope of when a character dies even though it was a character that was only introduced to die with the character of Ponce De Leon, a parody of Fonzie perfectly played by teen bad boy Luke Perry. Ponce is introduced in one episode as J.F.K’s best friend only to die in the same episode. How does Ponce die? By a ‘Final Destination’ styled “death by litter” that also acts as the episode’s parody of environmentalism messages.

While ‘Clone High’ might have been a parody of teen dramas, like the subgenre it was parodying it too is essentially a coming of age story. ‘Clone High’, despite its silly premise, still sets out to treat its characters with care and realism. While the characters could have easily just been cookie-cutter stereotypes of what historical figures would be like in high school, the show pushed it further and gave them relatable conflicts and inner lives. While Abe is the awkward male lead, he also succumbs to peer pressure and the false ideas of popularity in multiple episodes. While Joan is the loveliest goth, she is also highly intelligent and often feels ostracized from the school’s problematic and dated morals. While J.F.K is the horny jock, he is also compassionate and forms a friendship with Gandhi.

Much of the show’s heart comes from the love triangle between Abe, Joan, and Cleo. The show follows Abe as he tries to win the affections of Cleo and Joan, always trying to get the oblivious Abe’s attention. Cleo, on the other hand, is more interested in J.F.K and starts out only using Abe for his intelligence. The series makes the audience care about this love triangle due to the show being serialized, where there are overarching story arcs that lead one episode into the next. This makes the series both very bingeable and real, where it feels like the audience is actually watching these characters come of age in a realistic manner. This means that we actually see the status quo of these characters change and progress, where Abe and Cleo do start dating and where Joan starts using J.F.K as an attempt to make Abe jealous.

By the time the series is in its finale, “Changes: The Big Prom: The Sex Romp: The Season Finale”, you will care for the characters and their relationships since the serialization means that you watched them grow and the comedy means that you got to know the real characters, awkward warts and all. While the series ending with a prom episode makes sense for it’s parodying of high school dramas (how many proms do these kids have each school year?), the prom also provides the perfect setting for the plotline with the most heart, the love triangle. When the series ends on its infamous cliffhanger, you will eagerly try to press the “skip credits” button to the next episode only to discover that there is no next episode.

‘Clone High’ was canceled after its first season due to low ratings and the controversy surrounding the series’ depiction of Gandhi. Gandhi, being portrayed as a party animal who laughs at the ‘American Pie’ movies, offended people in India prompting a hunger strike that over a hundred people took part in. This along with the series’ mixed reviews caused MTV to cancel ‘Clone High’ after its first season finale. Thanks to the show developing a cult following and current critical praise, the series was ordered for a two-season revival by HBO Max with the original creators and cast returning. Before the series returns, check out ‘Clone High’ not only to laugh at the absurdity of teen dramas but to also feel captivated by the lives of historical figures in high school.

‘Clone High’ is available to stream on Paramount+