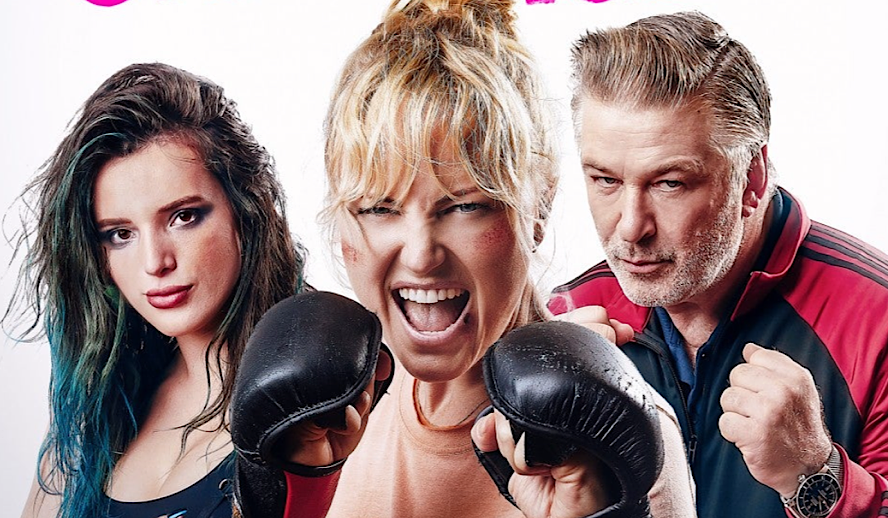 ‘Chick Fight’, released on Amazon Prime, really packs a punch with a fantastic cast that includes Malin Åckerman, Bella Thorne, and Alec Baldwin. The women-centric flick takes the idea behind ‘Fight Club’ and asks us, the audience, to contemplate what a female-only fight club would entail. Though this film is not life-changing in any sense, it is certainly an entertaining watch filled with funny performances, beautiful scenery, and a whole lot of tasteful chick-on-chick fighting.

A Cast of Diverse Characters with Colorful Personalities

Firstly, the supporting characters in this film are absolutely brilliant. Malin Åckerman stars as the naive, down-on-her-luck Anna, who, with trusty best friend Charleen, played by Dulcé Sloan, learns to stand up for herself even if that means falling down a few times in the process. Dulcé Sloan gives such a lively, comedic performance that she steals the spotlight whenever she’s on screen. She takes the best parts of classic, raunchy male sidekicks and warps them into the poster child for female solidarity and empowerment. Her one-liners and sexually-charged jokes are always timed to a tee. The energy that Sloan brings to the screen is captivating to watch, but Charleen’s dedication to her community provides an emotional undertone to Sloan’s performance that you can’t look away from. In contrast, Alec Baldwin plays a surprisingly out-of-character drunk who helps show Anna the true power that lies within her.

His performance is nothing short of over-the-top and theatrical. Baldwin truly channels the “drunk with a heart of gold” stereotype in all its glory. His character’s appeal lies mostly in his humorous drunk endeavors, which include falling over while trying to flash the crowd during karaoke, hitting on pretty much any woman who enters his line of sight, and running up a bar tab that’s easily over $1,000. However, he seems to genuinely care about Anna and her success, even going so far as to encourage her in her darkest moments. Lastly, Anna’s dad, played by Kevin Nash, provides a funny, albeit heartfelt example of fluid sexuality in all its glory. After the death of her mother, Anna’s father comes out to her as pansexual. But, the best part of his “coming out” is the lack of theatrics surrounding it.

Though Anna is a little shocked at first to meet her father’s male lover, Chuck, Ed does an excellent job of keeping his cool and explaining that “this is who he is”. The casual tone of the entire interaction helps to normalize fluid sexuality and all that accompanies it. “Coming out” is slowly starting to become simply a road to self-expression instead of a huge, life-changing ordeal. Thus, the casualty surrounding Ed’s declaration of sexuality is just another step towards the normalization of sexuality in the mainstream.

Film and Spectacle: The Visually-Engaging Setting of ‘Chick Fight’

Given that ‘Chick Fight’ is supposed to be a fun, raunchy comedy, the setting and atmosphere of the film is filled with color. Similar to ‘Ocean’s 8’ or ‘Crazy Rich Asians’, spectacle plays an important part in bringing the story to life. The film is set in a beautiful, sunny beach town that is, though not explicitly stated, reminiscent of Miami, Florida. The unapologetic, cheesy training montage halfway through the film takes place on a white-sand beach, creating a long-forgotten sense of wanderlust in the viewer. The scenery is gorgeous and serves the purpose that it’s supposed to: it’s visual eye-candy.

It’s fun and entertaining to watch, while also fulfilling our pandemic fantasies of traveling to a secluded, tropical getaway. In contrast with the beach scenery, the fight club scenes are shot with heavy neon lighting, feeding into the neon-noir aesthetic that has blown up in recent years. The fight scenes are heavily stylistic, as they should be, and the neon lights used inside the club contribute to the “cool” atmosphere. Overall, the film is colorful, bright, and visually engaging to watch.

Lastly, I don’t think this would be a fair review without a little feminist critique, I mean, this is a film about girls fighting girls. With many recent releases focusing on female empowerment through violence, think ‘Promising Young Woman’, this one offers a light-hearted, comedic take that still encourages women to find their inner power. The best way that the film achieves its goal of female empowerment is through the lack of sexualization and inherent objectification of women. The fight scenes are not sexy, if anything, they are a little disturbing to watch.

The women dress for maximum comfort and athleticism, not to appeal to the male gaze; they are often shown battling it out in the ring while wearing Lululemon leggings and plain sports bras. The cinematography in the fight scenes focuses on moves that the characters make instead of their bodies in the ring. To put it simply, there’s nothing sexy about women fighting other women in ‘Chick Fight’, which is a good thing! The lack of sex appeal and pandering to the male gaze helps the movie solidify its message of empowerment by putting women at the forefront of your attention.

I also want to discuss the specific ways that this film encourages its viewers to express their emotions in a non-normative way. Recently, I’ve been seeing a lot of films that try to capture a complex portrait of female emotions, one that does not rely solely on crying and tears to communicate the characters’ feelings. ‘Pieces of a Woman’ follows a young woman in the aftermath of a devastating tragedy while managing to paint a complicated picture of grief without the traditional outbursts of emotion. ‘Chick Fight’ manages to do the same. Instead of crying or breaking down in the face of hardship, Anna expresses her sadness and frustration through violence. This goes against everything society has taught women about emotional expression.

‘Chick Fight’ successfully turns all these outdated feminine notions on their head by showing us that women can be violent, and, not only that, they can also enjoy being violent. Fighting in the ring is their version of emotional expression, and it is empowering to watch this portrait of women dealing with hardship through nontraditional means. Ultimately, this film is just a piece of the puzzle in normalizing various types of feminine, emotional expression, ones that are broader and more complex than just crying.

Though ‘Chick Fight’ is not going to win any Oscars this season, it does exemplify the core of what filmmaking is about: entertainment. This film is fun, hilarious, and visually attractive to watch with a strong message about female empowerment at its center. A great film for girls’ nights everywhere, ‘Chick Fight’ takes the chick flick and modernizes it for new audiences, resulting in a fun, raunchy comedy about girls fighting other girls.