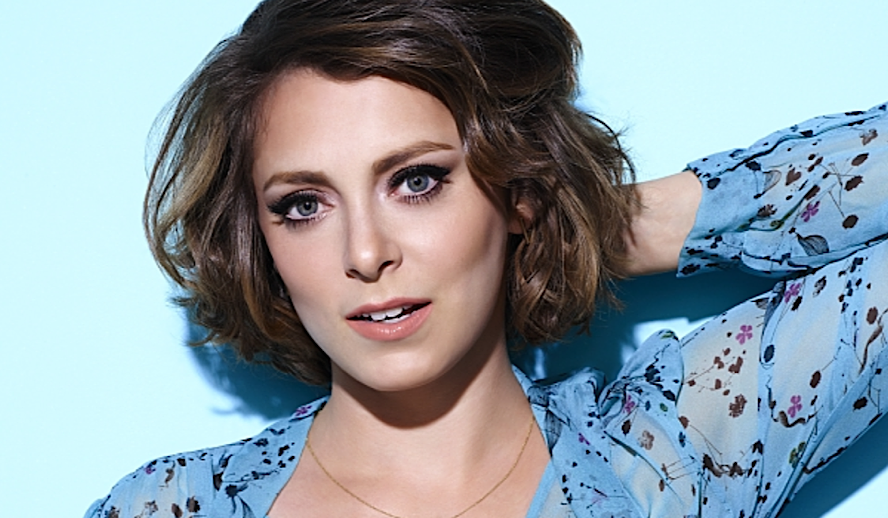 On April 3rd, 1987, the goddesses all convened. They saw the horrendous state of women’s rights all over the world and decided that they had to send a proxy down to earth. And in a beam of light, a beautiful baby girl was brought down in a ray of sunlight and then she immediately started singing about having sex with Ray Bradbury and imitating Katherine Hepburn auditioning for Space Jam. At least, that’s how I assume Rachel Bloom was born.

Rachel Bloom has been unapologetic since her career began. She writes her own unapologetically feminist and raunchy music and entertainment content. Her show Crazy Ex-Girlfriend is one that every feminist mom should watch with her little girl (given that the little girl is over 18.) My favorite thing about her is that she talks about oppression most women have accepted as just an annoying part of daily life because they are ashamed or afraid to bring it up. While Ruth Bader Ginsburg blasted the glass ceiling by working against the swarm of misogyny in American law and Malala risked her life for female education, Rachel Bloom sang about period sex. Ladies, while all the male readers run for the hills at the mere reading of the aforementioned form of intercourse, let’s discuss Bloom’s career.

Why I don’t have a problem with the raunchiness

I know what the more conservative among my readers are thinking: “clutch my pearls, a woman who openly talks about sex.” I joke, of course, if you’re offended by less polite entertainment, don’t watch/listen to Rachel Bloom’s work. Also, calm down. Women have been told to be prim and proper for too long. Yes, I admit that it would be nice if a younger audience could view her feminist material but Rachel is unapologetically who she is. She writes what she wants and it happens to be for a more mature audience.

Rachel Bloom’s early life- the making of a beautiful badass

One of the most fascinating aspects of Bloom’s career is that she incorporates musical theater into almost everything she does. This can be seen in her musical sitcom Crazy Ex-Girlfriend as well as many of the songs on the albums she has released. Her love of musical theater began at an early age as she participated in the theater program at Mira Costa High School and studied at NYU’s famous Tisch School of the Arts graduating with a BFA in drama. Bloom then began writing original music, most notably about her a little bit too serious obsession with sci-fi writer Ray Bradbury. It should be noted that, at the time, the writer had just turned 90. She also auditioned for Saturday Night Live to no avail.

Bloom did not let her failure stop her and she released her first musical comedy album entitled Please Love Me. This does not inherently sound like the title of the album of a feminist trailblazer. However, each of the songs on the album is either impressively sex-positive (i.e. You Can Touch My Boobies and Fuck Me Ray Bradbury) or just downright weird and hilarious. The sex-positive songs dispel the myth that women are never horny and always want to protect the Holy Grail that is their virginity. This is important because girls are taught by conventional upbringing and pop culture that it’s not ladylike to want sex, making them feel ashamed of their natural urges. The weird and more random songs are each feminist in their own way. Historically Accurate Disney Princess Song aims to tell us that these figures we idolized growing up, images of female idealism and purity, are not real. Press Conference is about the negative voices in Bloom’s head. A popular colloquialism among men is “bitches be crazy.” Press Conference illustrates the reason why bitches be crazy and begins an honest discussion about mental health.

Again, Rachel Bloom loves her seemingly misogynistic titles. Her trailblazing hour-long sitcom premiered in 2015. It is the most binge-able musical comedy about a woman trying to figure her love life out while also dealing with her mental health and being a kickass lawyer on Netflix. Crazy Ex is about a woman named Rebecca who lives in New York but finds out her childhood boyfriend lives in West Covina, CA, and moves there just to be with him. I promise, it does get feminist, just be patient. Throughout her journey, Rebecca learns that more often than not, a woman’s relationship with other women can often be more of an anchor for her than those with men. Rebecca quickly becomes best friends with her coworker at her West Covina law firm Paula who ends up being her strongest ally throughout the series. She also befriends Heather, her neighbor who is always very blunt and honest with her and steers her down the right path.

Crazy Ex also continues the discussion Bloom began in her aforementioned song Press Conference. The show takes a very honest look at the mind of Rebecca who suffers from a mental illness that she has trouble accepting. Rebecca’s journey involves hardship, heartache, loss, and even a suicide attempt. Through the loving support of her female allies as well as her therapist Dr. Akopian, Rebecca gets the help she needs and can move on towards fulfilling her dreams. There is rarely a show on television, especially not a sitcom, that encourages an open discussion on mental health.  It’s a touchy subject that no one seems to be willing to talk about openly except in the confines of a psychologist’s office and sometimes not even that. That’s why TV writers tend to shy away from the subject. Crazy Ex advises viewers to seek out help if they need it and to build up their network of support.

Rachel Bloom, for the sake of all women, please keep doing what you do.