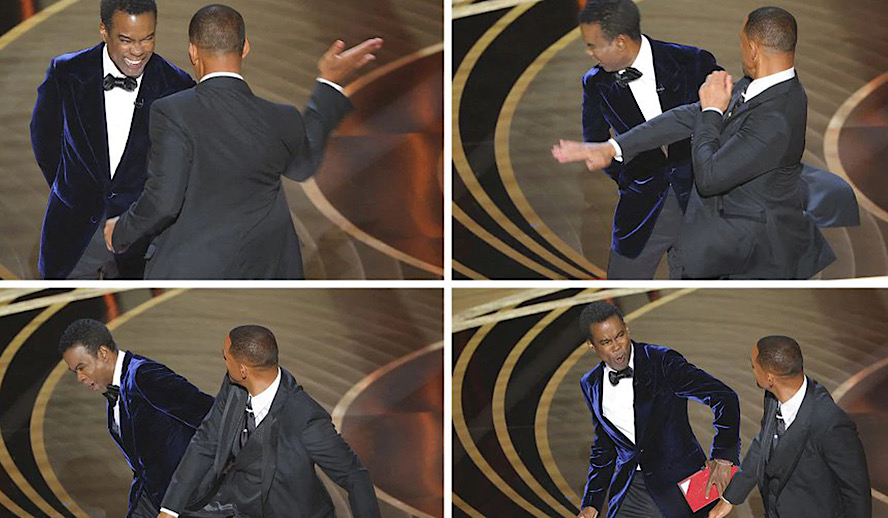 Media plays a big role in the way that people are able to comprehend the world around them. The debate over violence in the media contributing to violence in adolescents has been raging for years. Dozens of studies have been conducted in an effort to relate violent behavior on the big screen to violent behavior in real life. In all fairness, it is valid to have such concerns. However, perhaps the real issue is the glorification of violence in media, rather than the presence of violence itself.

The saturation of our daily lives from all angles through media such as film, television, and literature is arguably one of the biggest cultural shifts of the 21st century. As stated by the US National Library of Medicine – “ Research evidence has accumulated over the past half-century that exposure to violence on television, movies, and most recently in video games increases the risk of violent behavior on the viewer’s part just as growing up in an environment filled with real violence increases the risk of violent behavior”. The desensitization towards violence and dangerous activities, such as substance abuse and handling weapons without proper training, most definitely plays a large role in the appeal to young minds. However, at this point in time, media goes far beyond the unrealistic violent scenarios that most guardians are concerned about and instead ventures into the territory of the very real and accessible violence that is genuinely common in everyday life.

The hit HBO show ‘Euphoria’ is the perfect example of the glorification of the common violences of the world. Anywhere from severe drug abuse to the use of illegal weapons, and even murder, this show covers it all. Yet instead of taking this opportunity to produce a commentary on the dangers of said activities and help its audiences understand why such actions should not be taken, ‘Euphoria’ – whether on purpose or not – creates an atmosphere in which this behavior is encouraged because it is glamorized. The risky behavior of the characters is made to be something that the viewer can look up to, which can be dangerous for teen audiences who do have access to things such as substances. And that is the real issue with violence in media. Not the clips of soldiers dying on the battlefield. That is not something that most people will come into close contact with in their lives. Instead, we should focus on redirecting the message of popular media that involves substance abuse and illegal handling of weapons. As is, the message that is being delivered is that it’s somehow romantic or desirable to participate in these things.

Current Research on Violence in Media

According to the National Institute of Health, “researchers define media violence as visual portrayals of acts of physical aggression by one human or human-like character against another”. The studies described in this section will be based on this definition of media violence.

Before proceeding, it is important to note that these studies do not claim that media as a singular factor results in violence. Instead, they examine how media can contribute to the formation of violent tendencies in developing individuals. Furthermore, it should be noted that studies commonly examine how media influences children and adolescents because the presence of violent behavior in childhood can serve as an indicator that violent behavior will also be present in adulthood.

These effects serve as umbrellas for a broad range of behaviors or attitudes that would be considered violent. Anywhere from not feeling anything or not feeling much when one sees someone being hurt (whether that be on the screen or in real life) to fully assaulting another human being (or animal).

In a 2010 review, psychologist Craig Anderson, pointed out that participating in violent media can decrease one’s empathy. This includes violent video games, violent film, and violent television. This may not be surprising information, however, we have to understand the gravity and implications of this. If violent media decreases our empathy, then how much violence does it take to completely erase one’s moral compass?

Thinking about these things in depth can often be frightening. Such topics can truly send a person down a rabbit hole of research studies and flat-out paranoia. This is why it is important to remember that violent media does not directly cause real-life violence. Instead, it simply provides the viewer with options and examples. Whether or not one acts on the presented information is entirely a personal choice.

Oftentimes when we witness real-life tragedy, we tend to search for ways to explain why such things would happen. And unfortunately, many are led to believe that a singular factor is able to cause tragedy. However, the real causes behind events such as shootings and murders are far more complicated than seeing the wrong thing on TV or playing a shooter game on the weekends. The reality is that these events, more often than not, occur due to high degrees of untreated mental illness. Crime usually occurs because needs aren’t being met. Therefore violent crimes are result of a complex of needs that is neglected.

Perhaps in order to truly protect our youth from adopting violent behaviors and attitudes, we should look past barring them from participating in violent media and start explaining why violence exists and how to take care of others in order to prevent it. Another essential aspect of preventing children from growing up to be aggressive or violent adults is providing adequately for them in childhood.

Reflecting on violent behaviors and their roots is essential to understanding how our society can better accommodate the underserved. Media is just one component that influences behavior, an important component,  but still a singular one. So how can we use media to shift the focus away from glamorizing death and drugs, and stead use it to tell stories which illuminate the fact that crime and violence was the outcome of neglected needs?