‘Valeria’ Gives ‘Sex and the City’ Feels Minus The City, Leaving The Sex As a Big Part of Its Plot 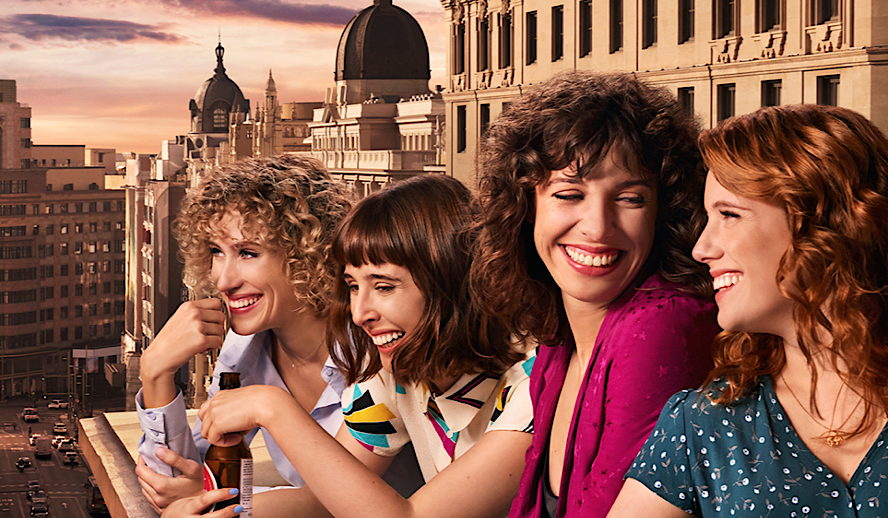 ‘Sex and the City,’ Minus the City, but Big On The Sex

‘Valeria‘ suggests the series main character in its title, but the story does not move forward if it’s not for Valeria’s tight relationship with her three best friends. The four girls have an incredible raw relationship, completely trusting each other even when it comes to making the most important decisions of their lives. They enviably only have trust issues when it comes to the men surrounding them, making their friendships extremely honest and warm. Although the girls sometimes feel apprehensive when confessing their truth to each other, their friendship inspires the viewer for closer connections with the people around them.

The different prejudices they carry turns them into an exciting combination of friends. ‘Valeria’ feels like a modern ‘Sex and the City‘ while stripping out the high-end fashion of the show and, obviously, their main character, New York City. But what this show lacks in designer clothes and iconic fashion pieces, it compensates with highly explicit sex scenes. Most of the sexual encounters in the series leave no space for imagination and, often (okay, maybe this is a “me” problem), making you reconsider your own. I’ve recently watched quite a few Spanish shows and realized that the Spaniards do not shy away from creating steamy sex scenes, turning stories into incredible cool series to watch.

‘Valeria‘ is a light-hearted comedy, it is actually described as a sex comedy when you search it up on Google. ‘Valeria’ does frequently fall on romantic comedy clichés, and the plot is easily predictable. The circumstances that happen to its lead characters feel a bit too convenient. The obstacles written gave a sense of serving the writer more than the story. Giving the feeling that the story needed easy access to solve its characters’ problems, rather than helping the storyline move towards a more grasping and meaningful plot. With that being said, it does not mean that ‘Valeria’ does not have its good moments, there are lots of good, even great, moments.

The Four Best Friends Anyone Could Have

The four best friends consist of Valeria, played by Diana Gómez. Valeria is the Spanish Carrie Bradshaw; the difference is that instead of Valeria spending her time looking for love and writing about it, wearing Manolo Blahnik’s walking down Perry street. Valeria is attempting to write a sex novel while looking disheveled in Madrid. Valeria struggles to find a stable career with her writing, while her bank account drains rapidly. Then we have, Valeria’s main best friend, Lola, played by Silma Lopez. Silma is the 2021 version of Samantha Jones. Lola is also a boss lady, but the difference between her and Samantha Jones is that Lola is desperately looking for love, although she hides that fact from herself.

Lola has several extramarital sex encounters, but will not be happy until she is truly loved. Next comes Nerea, played by Teresa Riott. She is the Miranda version in ‘Valeria,’ but this Miranda is part of the LGBTQ+ representation of the show. Nerea’s character is essential, and the writers do a great job when accurately portraying a gay woman. She has admirable traits, as Nerea is a lawyer, boss lady and an avid advocate for women’s and LGBTQ+ rights. Finally, there is Carmen, Paula Malia, the innocent nice friend who opts to wait for the “right” guy rather than having endless meaningless encounters. Sounds like Charlotte York to me.

At the core of this light-hearted series is the life of Valeria; while she struggles to decide what to do with her seemingly rotten relationship, she strives to find herself in the eyes of another handsome man. As Valeria begins to unwind her stiff persona throughout the show, her character becomes incredibly selfish and even messier than before. All the girls are fighting against something greater than them. Even if it’s just fighting against the person they’ve become, throughout the years.

The series often elaborates on the effect relationships suffer from the unavoidable process of change every human being goes through over time. ‘Valeria’ explores the idea of the deterioration in relationships thanks to this, having the characters grow apart.

Season One — Marriage, Love, And Writing

At the end of season one, the viewer’s expectations of Valeria’s relationships are met, as we expect the character of Valeria to do the wrong thing morally because it is the right thing for her.  The writers built up the space for a desire and a thirst for a passionate relationship, and they delivered it well.

The series may be steeped in Valeria’s career as a writer. Still, it is also a show about sex, love, and relationships. So, it is no surprise when I tell you there are several romantic comedy worlds that parallel the one of ‘Valeria.’ But when I say romantic comedy, I am not talking about the recent forgettable Rom-coms, but the iconic films that to this day remain quotable and highly admired even by the younger generation, Gen Z’s.

Season two sets up for the viewer to understand that Valeria’s world is now as unstable as her writing career once was. Realistically, the main character goes through a phase that I believe every twenty-something year old has gone through at least once in their life, which makes the story extremely relatable. It introduces the viewer into a world of confusion, and suddenly this girl, Valeria, is arriving at a terminal with her suitcase in hand, looking astray. I knew exactly where the plot was now going; take it as you will, but I low-key like half-knowing where the story is taking me, as it makes me feel like I am a sort of psychic. ‘Valeria‘ gives its audience the perfect combination of friendships, sex, scandal, and innocent mistakes. It is a straight-up, relatable story about a twenty-something-year-old woman aspiring writer who wants passionate love.