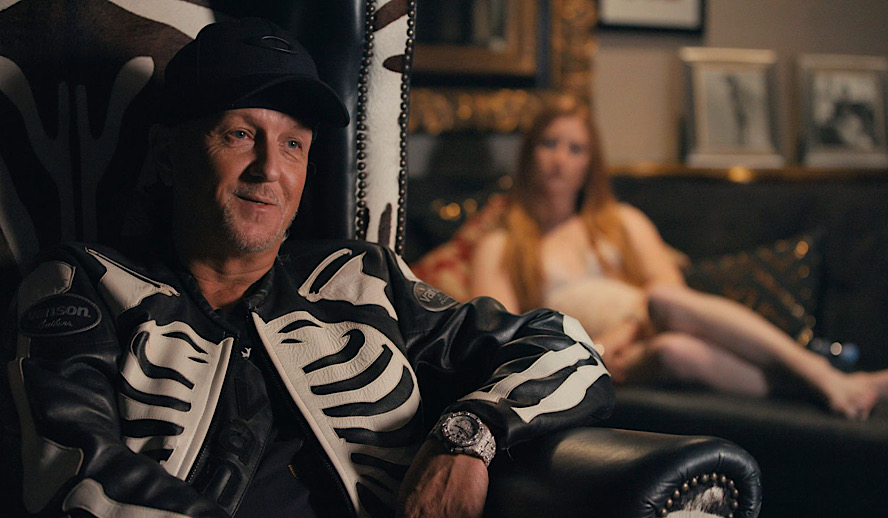 The year was 2020. The world was stuck at home, unable to leave their homes thanks to the Covid pandemic. People had more time than ever before to watch television and it just so happened that Netflix decided to release a new true-crime documentary. A documentary that was more unconventional and focussed on people that would fit in on a TLC reality series. ‘Tiger King’ is a documentary that followed the bizarre underbelly of big cat breeders and their tourist traps. The documentary mainly focussed on the eccentric cat breeder, Joe Exotic, and his rivalry with the equally odd cat breeder, Carole Baskin. The documentary took the world by storm, inspiring plenty of memes, dances, and costumes. Now, over a year and a half later, ‘Tiger King’ has returned. While the second season of the series attempts to ride the coattails of the popular first season, it fails to replicate the absurdity and fascination of its predecessor.

The Popularity of ‘Tiger King’

‘Tiger King’ was an unexpected smash hit for everyone involved and it isn’t too hard to see why it was so popular. For one, everyone was bored at home. At the start of the pandemic, most businesses were shut down and all schools were on Zoom. This meant that everyone was stuck at home in front of their television and what better time for ‘Tiger King’ to come out. ‘Tiger King’ immediately fascinated audiences with its eccentric cast of characters, which include a woman who may or may not have killed her husband and a man who married two men at once. The popularity of ‘Tiger King’ and its cast of immoral characters led to various memes and real world craziness, like a rally to free Joe Exotic from prison and constant death threats being sent to Baskin.

‘Tiger King’ can best be described as a real-world circus or freak show where people tuned in just to make fun and ridicule its subjects. The show’s popularity was solely due to the eccentricity of its stars, from Joe Exotic’s music career to Carole Baskin’s wedding photos to pretty much everything about James Garretson and his jet ski. People watched this cast of characters as if they were clowns in a circus tent, treating them like quirky entertainers rather than the animal abusers that they are. This also means that when restrictions were lifted, more people visited the zoos that they ran instead of trying to get them to shut down. While the documentary may have set out to expose these big cat zoos, it instead worked as a commercial for them.

When discussing the popularity of ‘Tiger King’, it is also important to think of “white trash”. While many of the big names on ‘Tiger King’ may be rich, they are all white southerners who have characteristics that we attribute to the “white trash’ stereotype. The people of ‘Tiger King’ have mullets and drug addiction problems and oftentimes don’t have all of their teeth. All of these traits were made fun of and became memes. ‘Tiger King’ is just part of the long tradition of people making fun of “white trash”, feeling superior and smarter than them in the process. This isn’t to say that the people of ‘Tiger King’ are solely the victims as their treatment of endangered species makes them immoral, but it is important to acknowledge that part of the appeal of the series is the pure spectacle of All-American Redneck depravity.

Netflix hoped to strike lightning in a bottle again with the second season of ‘Tiger King’ but this new season instead falls flat. ‘Tiger King 2’ follows the central cast dealing with the aftermath of the series, from dealing with their newfound popularity to Jeff Lowe owning Joe Exotic’s zoo. This season is only five episodes, and it’s honestly surprising that they managed to squeeze five episodes out of the little content they had. Carole Baskin refused to be interviewed for this season after the constant harassment she faced after the first season, and Joe Exotic could only do a short interview while in prison. This means that the series is filled with interviews of people who are mildly connected to the first season, which will surely disappoint fans of the first season’s cast.

The second season of ‘Tiger King’ can best be described as boring and disjointed. The episodes, unlike the first season, don’t flow together to tell a coherent enough story. The second and third episode, focusing on the death of Baskin’s husband, Don Lewis, feels like a separate true-crime documentary that is still in the works. The series soon forgets about this plotline to focus on a new abusive zoo owner, Tim Stark, who verbally berates everyone who even enters his presence. Tim Stark is introduced just as quickly as the series ends with him oddly enough being introduced in the second to last episode. The series attempts to use Tim Stark as a replacement for Exotic and Baskin, but the audience isn’t given the time to get to know him, making his inclusion feel like a way to fill time.

‘Tiger King 2’ attempts to replicate the insanity of the first season, hoping to get some meme-able and memorable content, but instead turns into a boring outing that treads on the same ground that the first season did. This season tries to further delve into the mistreatment of the animals, mainly focusing on the neglect they face in the hands of Lowe and Stark, but this often feels more like a way to make up for its lack of focus in the first season. It at times feels like exposing this abuse is an afterthought in the overall series. It is as if the series’ main goal is to focus on the spectacle of these eccentric people who just so happen to be abusive and neglectful. The season gets so caught up in trying to repeat the gold it hit in the first season that it completely glosses over the real-world issues of animal abuse, only really focusing on this aspect in the after-credits scene of the finale.

The second season of ‘Tiger King’ is a disappointing watch. The story is jumbled and disjointed, making the focus unclear and making the audience not care for the new additions to the ‘Tiger King’ lore. This lack of clarity also leads the season to be rather boring, with none of the stories coming to a satisfying conclusion and with no new revelations being made. While ‘Tiger King’ may have taken the world by storm during the pandemic, it seems as though ‘Tiger King 2’ is already being forgotten about with the series not even making the trending page on Twitter. One must wonder if this is because the second season is that much of a downhill attempt at popularity or if the first season was only popular because of real-world circumstances.

‘Tiger King 2’ is available to stream on Netflix.