‘The White Lotus’ Keeps the Suspense Building in Episode Two

Zachary DePiore
Zachary DePiore graduated with a Bachelor of Science in Communication from Ohio University. While he’s had a couple different kinds of media jobs, he eventually realized he really enjoyed to write. Some of his favorite things include television, movies, and traveling. His favorite genres of media include sci-fi and comedy, and his favorite trip he’s taken has been to Colorado. 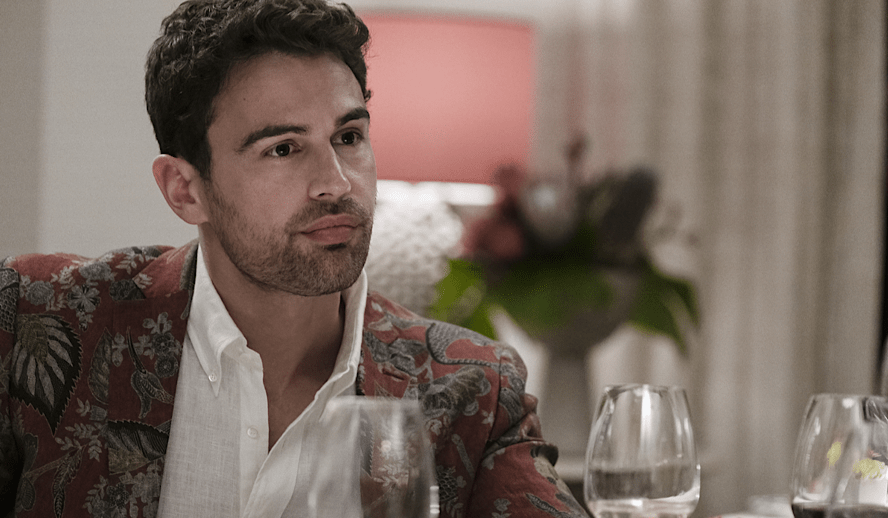 ‘The White Lotus’ is one of HBO’s most interesting original offerings. Created, written, and directed by the ever-so-busy Mike White, the show is an anthology series set at a famous resort for the rich and powerful. It has made headlines and even won an Emmy for its handling of privilege on a microscopic level that often goes unnoticed and unexplored in the realm of TV. This season has just started in beautiful Sicily, and it’s time to review the second episode. The first episode saw the planting of a lot of seeds for future relationships to go sour. This episode wasn’t a whole lot different, and that’s a good thing.

A hallmark of ‘The White Lotus’ is people getting on each other’s nerves. The newest episode was chock full of interesting contrasts. Tanya (played by the iconic Jennifer Coolidge) is starting to drive Paul (an obstinate Jon Gries) up a wall, and Dominic (Michael Imperioli) is done with his father Bert (a creepy F. Murray Abraham) pestering him about his sex addiction. Between them and all the other unique characters that complete the cast, there are many contrasts that serve to drive the plot in this series. As always, Mike White’s well-fleshed-out characters are great fodder for the big lessons in the story.

Cam and Daphne are great contrasting characters to the couple they’re vacationing with, Harper and Ethan. The first two seem to be a commentary on the modern habitual tourists. They’re not really interested in the world outside of their stress-free vacations and their relationship with each other. Harper and Ethan, on the other hand, are caring individuals that have recently lucked into a lot of money and are trying out a new lifestyle. This in and of itself is a terrific setup for different kinds of privilege to mix and match in incredibly unique and ugly ways. It also gives even more opportunities for the characters’ differences to show themselves.

The two that are shown to be at odds with each other by far are Harper and Cam, Ethan’s old college roommate. Their conversations are consistently tense and passive-aggressive, played with beautiful effortlessness by Aubrey Plaza with her biting tone and Theo James with his obnoxious indifference. Everything, from Harper observing Cam’s meltdown over his lost luggage, to Cam’s barely concealed eye-rolls at every other thing Harper says, are all simple yet telling moments that convey everything we need to know about just how different they really are.

The Drama is Found in the Minute Details, and ‘The White Lotus’ Has Plenty of Them.

These various contrasts are used to great effect in exploring suspicions and have continued in an interesting direction in this week’s episode. We saw Cam’s attempt at a superficial relationship (or any semblance of it) with Harper deteriorate and degrade even further than before. While the couples were together on the beach, Cam had finally gotten annoyed enough at Harper’s refusal to commit fully to their activities, and confronted her in the sea. Here, in a response to Cam’s insecure query,  she half-heartedly reassured him that she really did like him.  Interestingly, they both come away with completely different mindsets after the interaction. Near the end of the episode, Harper apologizes to Ethan for not making an effort to enjoy the vacation and states her realization that Cam and Daphne aren’t that bad afterall. However, Cam doubles down on his observations of Harper, confiding to his wife in the bedroom that she’s “a pill” among other insults. Harper’s initial suspicions about their friends’ shallowness ends up being correct, which for now is unbeknownst to her.

The progression of Tanya and Paul’s storyline is also very entertaining.  The audience had suspicions about Paul in the previous episode, and now Tanya is starting to share the same feeling as well. At the very end of this week’s episode, we see Tanya attempting to spy on Paul during a phone conversation. While Tanya might not know that Paul is cheating on her (since she couldn’t hear the details of his phone call), she senses he is lying about having to abruptly leave the resort for his job.

‘The White Lotus’ Has Many Strong Suits as a Show

The conversations in this show have to pull off a lot of things at once. On one level, the dialogue is incredibly real. Each character sounds like a legitimate person, and their delivery of said dialogue is candid and off-the-cuff. On another level, it also has to reflect the show’s underlying complex message of being rich in today’s climate.  Since ‘The White Lotus’ is about contemporary privilege, Mike White chooses to illustrate this using the bizarre vernacular that sometimes accompanies it, and plays around with words or frames of mind that have only recently become popular.

Last week, we saw Cam tease Ethan that he once was “the original incel.” This technique is  continued this week. Harper mentions how she hates how Cam “alpha dogs” Ethan by subjecting him to his effusive hubris.  We also see Portia (Tanya’s assistant, played to neurotic effect by Haley Lu Richardson) complaining about how Tanya’s misery and directionlessness directly rub off on her and her ability to live her life without screens or social media, and yet she has no choice for now but to endure it. She semi-jokingly refers to the guy she’s having dinner with (Adam DiMarco) as a “nice guy,” and he plays along. When Harper mentions that she wants to start a foundation, Daphne identifies herself with Harper’s compassion by bragging that she and Cam donate to any cause they see and sometimes wake up realizing they’ve spent too much money on said causes. The fact that White is able to integrate these terms and phrases into normal speech that’s palatable for a mainstream audience to watch is brilliant, and it continues to be the strongest thing about this show.

Overall, this episode did a wonderful job of strengthening its core messages. Not only did it continue commenting on ignorance, creeping suspicions, and bitterness, it also showed how, for these people, in particular, privilege connects them all. The sharp and incisive dialogue, the cinematography highlighting the landscape only accessible by the lucky and fortunate few, and the direction that accentuates everyone’s building resentment, made for another solid episode of an incredibly solid show.

Zachary DePiore
Zachary DePiore graduated with a Bachelor of Science in Communication from Ohio University. While he’s had a couple different kinds of media jobs, he eventually realized he really enjoyed to write. Some of his favorite things include television, movies, and traveling. His favorite genres of media include sci-fi and comedy, and his favorite trip he’s taken has been to Colorado.

Zachary DePiore
Zachary DePiore graduated with a Bachelor of Science in Communication from Ohio University. While he’s had a couple different kinds of media jobs, he eventually realized he really enjoyed to write. Some of his favorite things include television, movies, and traveling. His favorite genres of media include sci-fi and comedy, and his favorite trip he’s taken has been to Colorado.
[tptn_list]