‘The Souvenir’: A Meta Memory Magnet 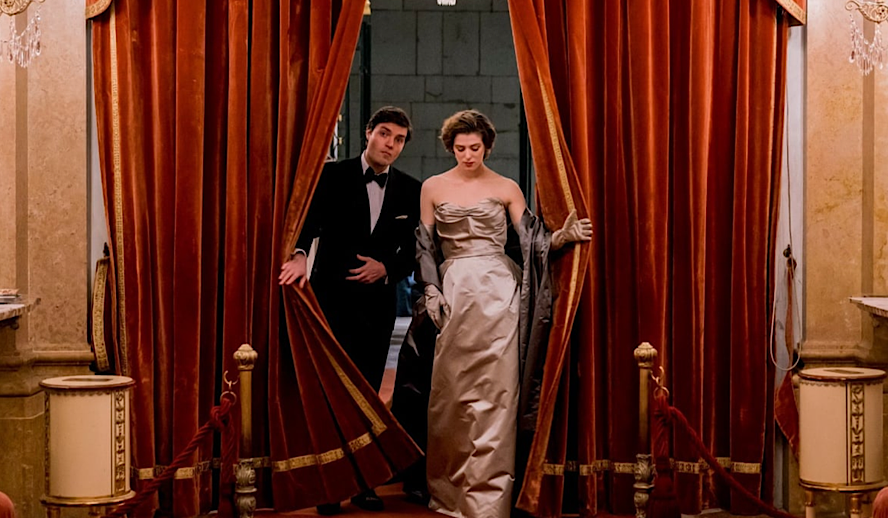 Joanna Hogg’s sequel to her semi-autobiographical 2019 film ‘The Souvenir,’ aptly titled ‘The Souvenir Part II’ was one of the most unanimously raved about films at the 2021 Cannes Film Festival. Isabel Sandoval, director of Lingua Franca, tweeted saying that she loved it even more than Part I. Part I was ranked as the best film of the year by Sight & Sound in 2019, and Hogg has always made it clear that she was planning it as a two-part film. While distribution details are still not available, Part I is a must-watch for anyone who is even slightly interested in film as an art form.

‘The Souvenir’ tells the story of Julie, an upper-class film student living in London in the early 1980s, a stand-in for Hogg. As Julie struggles to figure out who she is as a filmmaker and breaks out of her privileged existence, she is caught up in a whirlwind romance with a mysterious and troubled man, Anthony. Through both its style and substance, it’s a coming of age romance about art as well as how we use it to the function of memory. The film stars Honor Swinton Byrne in a most incredibly soft and nuanced performance.

Swinton Byrne is the daughter of Tilda Swinton, who also stars in the film as Julie’s mother, a posh British countrywoman who lends her daughter money and loves to baby her, a perfect representation of the world Julie comes from. Tom Burke is phenomenal as Antony, he brilliantly expresses the continuity of character, the way he tries to keep up his charade even when heroin is getting in the way. We watch Julie become more attached, her naivety getting the best of her until finally she is forced to experience the worst possible outcome of loving an addict. It’s the type of film that will affect you very differently each time you watch it, my recommendation is to watch it twice before part II is released.

‘The Souvenir’ – Minimalism in Modern Cinema

Hogg’s film is a wonderful example of the place minimalism has in modern filmmaking: avoiding too many close-ups, sticking to Julie’s apartment as a primary location, and leaving out details that aren’t actually too important. In an age where films spoon-feed audiences’ emotions and actions, ‘The Souvenir’ leaves much room for interpretation, introspection, and allows audiences to put certain details together themselves. For example, the film opens with a party, where friends are drunkenly rapping about being in a flat in Knightsbridge.

We get a nighttime shot of Harrods and we learn very quickly that Julie comes from money. Julie is having a casual and very naturalistic conversation with her friend about how her roommate is moving out and we instantly know the apartment will be available to become a sort of lair for her and Anthony. Anthony doesn’t have this big reveal, he is a plus one at the party, nothing but the back of his head is visible, then it cuts to the middle of a conversation with him and Julie. She then receives a letter under her door, and they’re out to lunch. The fabulous mirror wall in Julie’s apartment has a large crack in it towards the end, it’s breaking is never explicitly shown but having seen the effects the drugs have on Anthony, it isn’t hard to imagine how it happened.

The minimalist realism is also extremely effective in communicating how quickly Julie adapts to Anthony’s ways. From the first time he asks for money, the quick encounter is so casual it’s clear that Julie doesn’t think anything of it. What’s even more casual is when they’re at a restaurant a few scenes later and he hands the check to her without even stopping the conversation, meanwhile, she already has her checkbook ready. But she forgives, or even overlooks his flaws, even when he takes it extremely far. Call it naivety, call it love, call it a desire to get out of her privileged existence. Swinton Byrne plays Julie with such successful coyness that all three of these seem possible.

In the Service of Memory

On their first date, Anthony describes his thoughts on what a film is meant to do: “We don’t want to see life played out as is. We want to see life as it is experienced within this soft machine.” This is exactly what Hogg achieves with her film. ‘The Souvenir’ captures the delicate nature of memory, not simply what happened, but how what happened makes someone feel: feelings told through sights and sounds. As mentioned above, the film is an account of a real relationship Hogg had in her film school years. What is the souvenir in the title? The lingerie Anthony brings Julie from Paris, a literal souvenir as the English language uses the word? Julie’s apartment is a recreation of Hogg’s during the era, even the bed was something she bought in an auction in the 80s; perhaps the whole film is a souvenir she made for herself for this time and experience in her life. Or are we meant to take on the French meaning, and thereby see the whole film simply as the representation of a memory?

Even after the first time Anthony asks for money, their relationship doesn’t start a downhill descent, the good and the bad are balanced very carefully. For a filmmaker, 8mm footage directly translates to memories and nostalgia. Hogg uses it so well to add significance to certain moments. Julie sees, or rather we see, her most important impressions in film. For example, the first time it happens is when Anthony is leaving in the elevator after the first time he’s stayed at the apartment; this could be the moment she realizes she loves him. It’s used also when he helps her with sketches for her new film, while they’re holding hands in Venice, and when they’re joking around in bed.

When they do break up and Julie takes another lover, we are shown this stranger’s full-frontal, back to normal lens. Meanwhile, we never see Anthony’s, as if he is sacred, raw realism isn’t relevant, he’s a memory of a person rather than a real human body. We get an 8mm shot of Anthony’s drug kit before their first real break up, not a romantic but an important moment nonetheless, perhaps how she would like to remember the dark side of Anthony rather than the raw reality of him in the middle of one of his fits, a scene which isn’t in 8mm.

The film doesn’t go the route many films about filmmakers do and show us tidbits of the completed film Julie is talking about making throughout. I’m assuming we’ll get to see more of what Julie creates in Part 2. In the meantime, ‘The Souvenir’ is a sensual and artfully crafted film that will leave you contemplating what memory means to you. Stream it on Amazon Prime today.